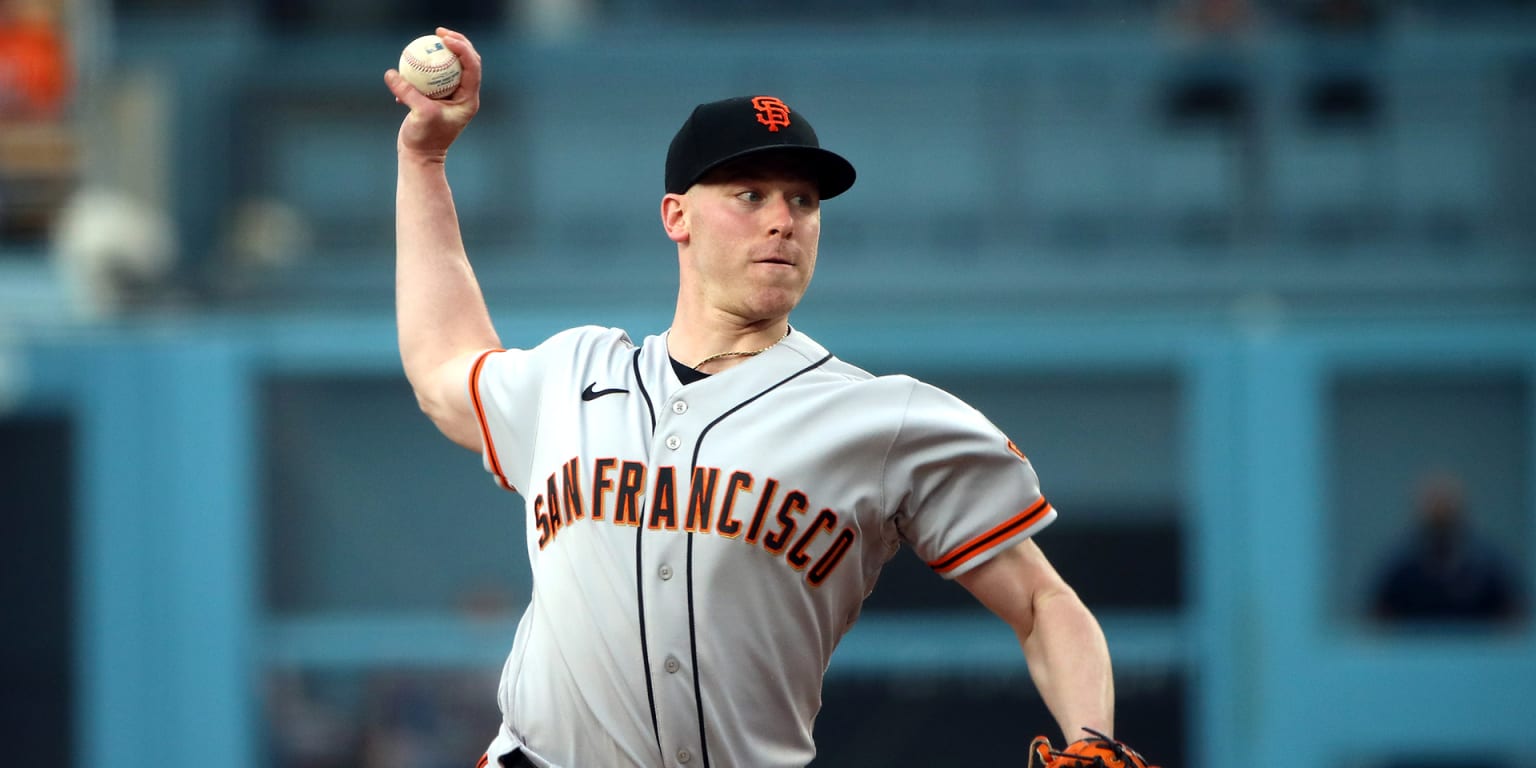 LOS ANGELES — A place in the National League Championship Series on the line and a chance to eliminate their fiercest rivals in a playoff series, the Giants will hand the ball to Anthony DeSclafani on Tuesday night.

Quite a spot for the 31-year-old right-hander to make his postseason debut.

Coming off the best season of his seven-year career, DeSclafani, who posted a 3.17 ERA in 31 starts, is slated to start at Dodger Stadium in Game 4 with San Francisco leading its NL Division Series against Los Angeles, 2-1.

“DeSclafani’s had a really nice year for us,” Giants manager Gabe Kapler said after his team’s 1-0 victory in Game 3. “You look back to the beginning of the season, you just objectively look at his performance, he’s done a really nice job.”

Kapler and the Giants had a handful of options for Game 4. Notably, they could’ve scheduled a bullpen game, or they could’ve brought back right-hander Logan Webb on short rest after he worked 7 2/3 scoreless frames in Game 1. Ultimately, DeSclafani won out.

“He’s prepared for this,” Kapler said. “He wants it, he’s ready and he’s the right choice for us.”

DeSclafani started a game in all six regular-season series between the Giants and Dodgers and mostly struggled, posting a 7.33 ERA in six starts. That includes a whopping 10 earned runs in San Francisco on May 23. But the Giants actually split those starts against L.A. — including a victory in the most recent one, in which he tossed six scoreless innings on Sept. 3.

Of course, pitching plans in the postseason — particularly in a match as important as this one — are always flexible. And Kapler left himself with plenty of options for how he’ll follow DeSclafani.

One of those options would be to use either Webb or right-hander Kevin Gausman out of the bullpen, considering that only one of those two would be needed to start a potential Game 5 in San Francisco.

“I always want to try to keep everything on the table,” Kapler said prior to Monday’s game. “Anything’s possible, and I do think that both Gausman and Webb have been pretty durable pitchers for us. Webb, in particular, has been especially durable since he came back off the IL, and has been bouncing back very well.

“Neither one of them have been especially taxed from a pitch-count perspective. I just want to stay open to any possibilities. The postseason is a different animal.”

As things stand, the Giants are in something of a tricky spot regarding a couple of their best relievers. Right-hander Tyler Rogers faced eight batters in Monday’s Game 3, more than he’s faced in a single game all season. Meanwhile, rookie right-hander Camilo Doval locked down the final two innings, tying his season high.

Then again, the two teams have a scheduled day off on Wednesday, and the Giants stayed away from right-hander Dominic Leone and lefties Jarlín García and José Álvarez in Game 3. And though Rogers and Doval were pushed, they only threw 29 and 22 pitches, respectively.

For a game with huge implications, the Giants have some big-time arms available. Ideally, they’d get a lengthy and effective start out of DeSclafani. If not, they’ve got a deep group at their disposal.