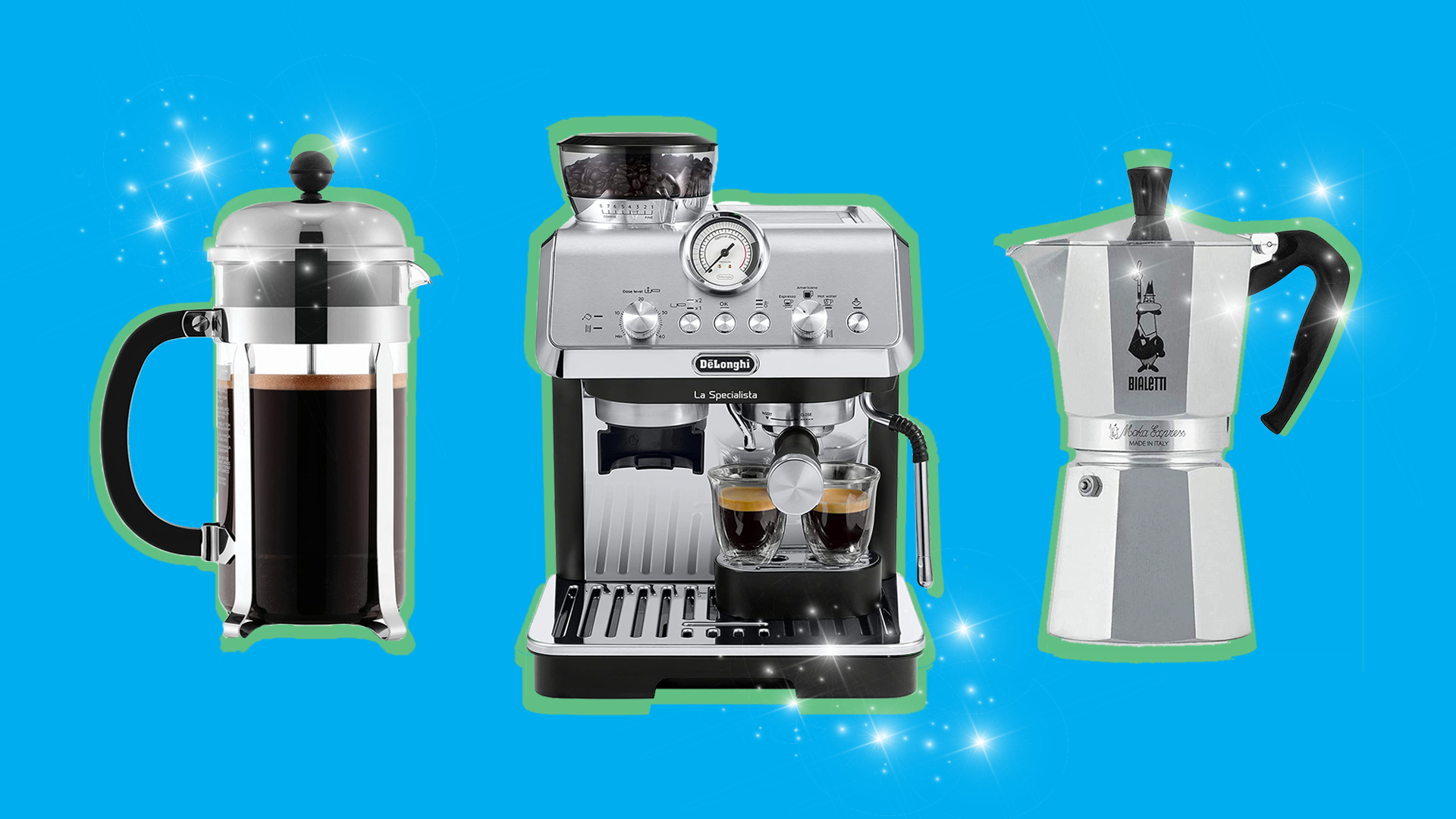 There are hundreds of kitchen deals vying for our attention this weekend. But the Black Friday coffee maker deals? Those are the ones that have us at the edge of our seats. No matter how you like to make coffee—in an elegant pour-over, a Le Creuset French press, or a top-of-the line espresso machine—there’s no better time to up your barista game. Since a lot of these appliances are as seasonless as a good Dutch oven, they rarely go on sale. But during Black Friday weekend, you can snag a pricey Jura or De’Longhi espresso machine at a pretty discount. There are also 5-, 8-, and 12-cup coffee makers from Mr. Coffee, Keurig, OXO, and Cuisinart on sale if you’re hunting for a drip coffee maker discount. Amazon is, as always, the giant of Black Friday sales (see all the best Amazon deals here), but if that isn’t your thing, scroll down for discounts from other retailers, like the pros over at Seattle Coffee Gear.

BA contributor and former barista Jenna Adrian-Diaz recommends the semiautomatic Gaggia Classic Pro espresso machine to anyone “who knows how they want their coffee to taste and isn’t afraid of a little espresso geekery.” This old school machine offers more user freedom than some of the newer semi-automatic, designed-for-home-use espresso machines, and it still has the commercial-grade, stainless steel parts that Gaggia is known for. At under $400, this is a Black Friday espresso machine deal that is worth a closer look.

I’m terribly impatient for my first cappuccino of the day. Luckily, the Diletta Mio allows me to steam milk and pull a shot at the same time so I can get there a little bit faster. Thoughtful little design features make it one of my favorite espresso machines—like the machine’s matte white or black exterior, which hides smudgy fingerprints, or the roomy water tank which slides sideways out of the machine for easy filling. Of course, for espresso machine classicists, there is also a shiny stainless steel rendition.

If you drink your weight in cappuccinos and americanos, you’ll appreciate the De’Longhi La Specialista Arte Espresso Machine. It gives users full control over their shots with features like a conical burr grinder with eight settings, a barista kit with a tamper and dosing funnel, a milk frother, and three active infusion water temperature levels for supreme flavor extraction. The handy tamp funnel also prevents you from making a mess every time you grind beans.

Skip the espresso maker learning curve with this Cyber Week coffee maker deal. This fully automatic espresso machine has a sleek interface with buttons for five barista-quality bevs including espresso, Americano, cappuccino, latte macchiato, and regular coffee. It’s equipped with ceramic grinders and its very own LatteGo system, which mixes milk and air at high speeds for a creamy froth. If you’re after different brew styles without any fuss, this is one of the best Black Friday espresso machine deals.

Some of us just want an espresso machine that will do all of the thinking for us. For that, there’s the Gaggia Velasca Prestige. It’s the super-automatic sister of the Gaggia Classic Pro, and today it’s on sale for 27% off. The machine boasts a coffee grinder, presets for different brew styles and preferences, and a milk frother.

This super automatic machine is an excellent choice for someone who wants a dead simple (but luxurious) morning coffee routine. The machine, which boasts a conical burr grinder and a milk frother, also has a massive 101 ounce water reservoir and roomy bean hopper—two design details that make it a good choice for offices or shared spaces.

If you’re drawn to the convenience of a pod coffee maker but want to drink something better than what comes out of a Keurig K-cup pod, the Nespresso VertuoPlus is the machine for you. Epicurious staff writer Emily Farris called hers “life-changing” and claims it’s the first kitchen appliance she would grab in a fire. Unlike most Keurig coffee makers, Nespresso Vertuo machines brew single cups of coffee as well as single and double espresso-style shots—all with an impressive crema on top—and the pods are 100% recyclable through Nespresso’s free program.

If you like your coffee strong and plentiful, consider the Ninja 12-cup coffee machine. Our friends at Epicurious consider it one of the best on the market. The Ninja has has two different strength control brew settings—classic and rich—and a 60-oz. removable water reservoir for easy filling. It already offers a big bang for your buck, and now it’s 22% off at Amazon.

A slightly smaller but equally powerful coffee maker, the OXO 8-cup coffee maker is especially popular because of its vacuum-insulated carafe and the ability to make different brew sizes, starting with a single serving of coffee. While coffee brewers like this might look no-frills and old-school, Oxo has added a few little little features that optimize your brew. A rainmaker shower head hydrates the grounds before soaking them, and the water temperature is carefully controlled so you always end up with hot coffee that’s never scorched.

If you’re mostly brewing for one or two and don’t need a huge drip coffee maker, a petite 5-cup machine might be for you. This Mr. Coffee mini brewer has rave Amazon reviews, and with this Black Friday coffee maker deal it’s 20% off.