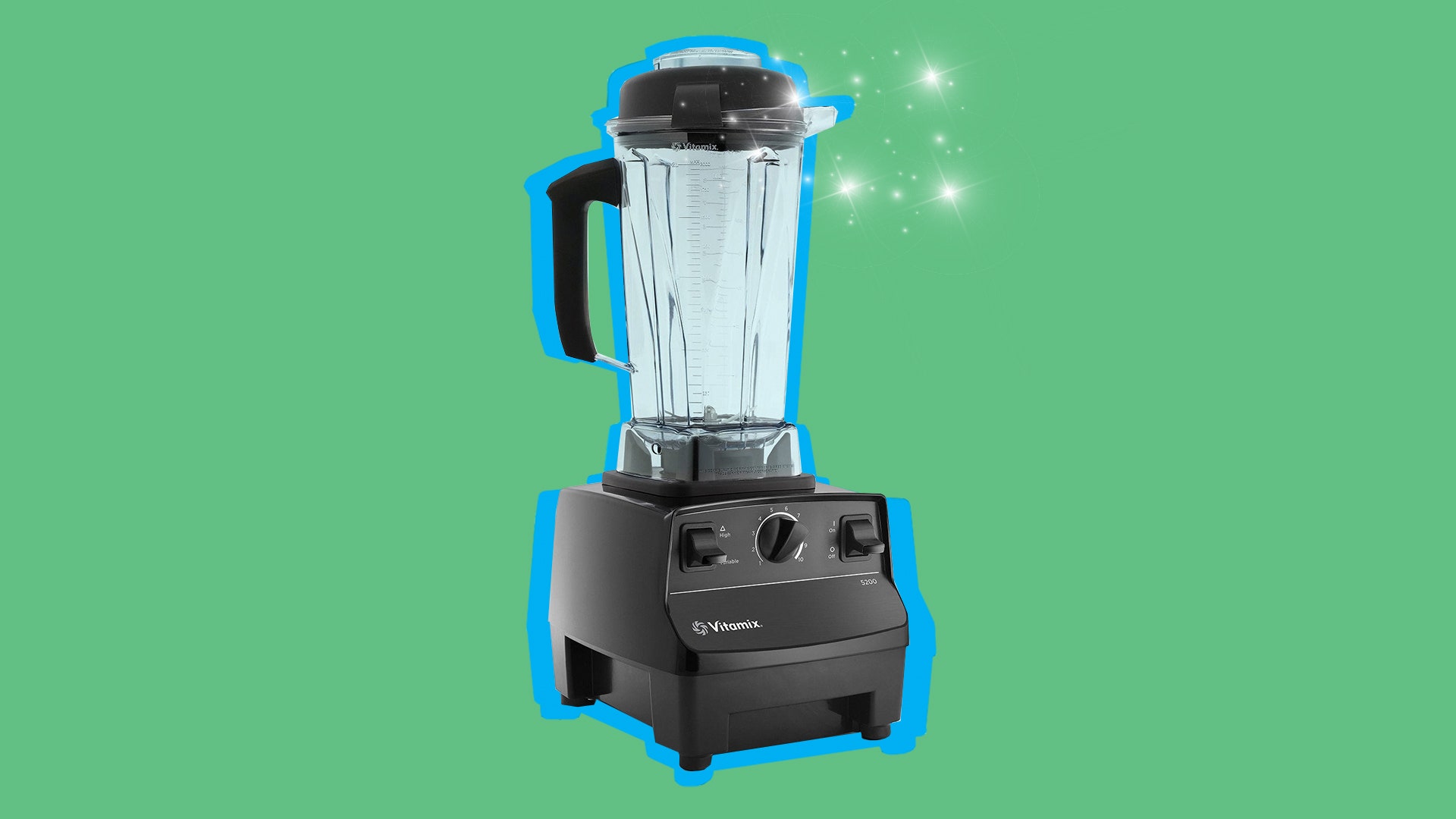 Some kitchen tools change everything. A good blender means the difference between grainy smoothies and impeccable green juices, suspiciously chunky soups and beautifully smooth purées. BA food director Chris Morocco puts it best: “If, like me, you are the kind of person who uses their blender a lot, it’s just a matter of time before you come to see the world of blenders as I do: There’s the Vitamix, and there’s everything else.”

Of course, there‘s one thing standing in the way of attaining the Holy Grail of blenders: the price. Dropping $500 or more on a kitchen appliance is a tough pill to swallow, even with the promise of perfectly smooth nut butters and purées. Luckily, many Vitamix Black Friday sales are already live, and you can score one for up to $125 off. We’ve sorted through all the Black Friday kitchen deals with your smoothies in mind: See below for the best Black Friday Vitamix deals, and keep checking back as we’ll continue to update this list as new deals go live. (And head right this way for more Black Friday kitchen deals.)

When you think of a Vitamix, you probably envision the 5200. It’s the classic and the model we use in the BA test kitchen—we consider it the best Vitamix blender. It has a 2-horsepower motor and a three-switch control panel that features a power switch, a pulse or variable speed switch, and a 10-speed dial for fine-tuning the power level. If you’re looking for a straightforward, high-performance blender that can handle big batches (the container holds 64 ounces), this is the one for you. And right now, you can get it for $70 off.

Consider the TurboBlend a simplified version of the 5200; in terms of power and design, they’re a lot alike. The main difference is in the speed dial. While the 5200 features a dial that runs from one to 10, the TurboBlend features a low-medium-high dial (so it’s even more intuitive to use). Still, it offers enough precision for almost any household kitchen task—at a more affordable price point. It’s also currently on sale, exclusively at vitamix.com.

On the flip side, the 7500 is a notch above the 5200. With a 2.2-horsepower motor, this is the most powerful household (i.e. not professional-grade) blender that Vitamix offers. It features the familiar three-switch control panel—including a 10-speed dial—and a 64 ounce, low-profile container that sits shorter on the base for easier storage. To put it simply, the 7500 is both more compact and more powerful than the two models mentioned above.

Enter the Vitamix Professional Series 750, a.k.a. the only model in the Legacy series that is equipped with automated blending. In addition to the 10-speed power dial, it features five preprogrammed settings for smoothies, frozen desserts, soups, purées, and self-cleaning; this machine can handle the precision work for you. Like the 7500, this one also sports a shorter container that’s handy if you have low clearance between your cabinets and countertop or if you’ll be storing it in a cupboard.

Black Friday shoppers, rejoice! The Vitamix Explorian E310 is among the most affordable Vitamix models even under non-Black Friday circumstances, but it’s still a dependable, durable, high-performance blender. It has 10 variable speeds, a pulse feature, and a strong 2-horsepower motor. Associate food editor Kendra Vaculin loves hers and believes it’s one of the best blenders a home cook can buy.

The most affordable Vitamix on the market, the Vitamix One is the company’s entry-level offering. You can still expect a powerful motor and a two-year warranty, but if you want to make nut butters or grind your own flour, stick with one of the other models. That said, the Vitamix One outperforms most other comparably priced blenders and can handle almost all everyday kitchen tasks.

The Ascent series is where Vitamix gets techy, and it all starts with the A2300—the most basic of the four Ascent models. Users will appreciate its sleek, modern design, in addition to its smart features which include variable speed control, a pulse function, a digital timer, and built-in wireless connectivity. It can also work with a variety of Vitamix’s self-detect containers and bowl attachments. Get the A2300 in black, white, red, or slate for $50 off on Amazon or vitamix.com.

The A2500 features all the things the A2300 does—a 10-speed dial, a pulse switch, a digital timer—plus three program settings for smoothies, hot soups, and frozen desserts. It also has wireless connectivity, which allows it to adapt to new Vitamix updates. Like all other Ascent models, this one comes with a 64-ounce container, but it can recognize any container size and automatically adjust the blender’s settings.

The Black Friday deals on the A3300 aren’t quite as impressive as the discounts on other Vitamixes, but they’re worth considering if you’re in the market for contemporary design with optimal power and precision. The A3300 is a lot like the A2500 but even more high-tech, with a touchscreen control panel that you can easily wipe clean and a programmable touch timer. Just set the timer to the length of your blend, and the machine will turn itself off once it’s finished.

Meet the most expensive Vitamix blender in existence. The Vitamix A3500 can do everything the A3300 can do with its touchscreen controls and programmable timer. But it also has five built-in settings for smoothies, hot soups, frozen desserts, dips and spreads, and self-cleaning. It comes in a variety of fancy finishes like brushed stainless steel and copper metal.

Now put that Vitamix to work