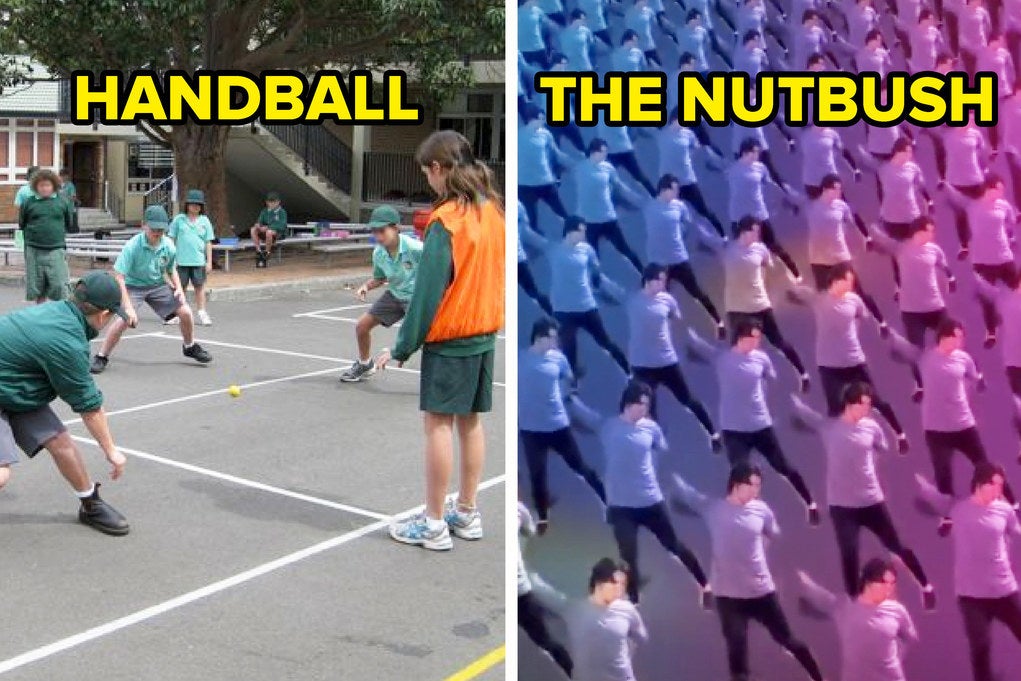 “Hot Cross Buns” on the recorder, but one wrong note and you’re eliminated.

Heads down, thumbs up

How it’s usually played: The Nutbush isn’t a game per say, but it’s a popular Australian dance set to the tune of “Nutbush City Limits” by Tina Turner and Ike. Whenever this song comes on, everyone gets into formation and does the same moves.

How it would be played in Squid Game: Players would enter a dance studio, where they would be treated to a never-ending loop of “Nutbush City Limits”. They would be instructed by the guards to dance — and to keep dancing, unless they fall to the ground from exhaustion (eliminated) or mess up a move (also eliminated).

Hot cross buns on the recorder

Would you survive Squid Game by playing these Australian games?

Get all the best moments in pop culture & entertainment delivered to your inbox.