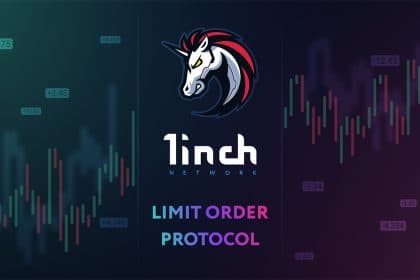 Besides, it will also support other chains connected to the 1inch network. The 1inch Limit Order features allow users to buy and sell cryptocurrencies at a specific price. The new limit order protocol from 1inch gives users a higher level of flexibility and efficiency. The chances of users seeing their orders executed on time have significantly increased. At the same time, the execution time has substantially dropped.

Some of the existing token standards supported by 1inch include ERC20/BEP20, ERC 721, and ERC1155. Besides, it also aims to support other token standards using its external extension.

These are the two big features of the 1inch Limit Order Protocol which bring unmatched flexibility to its users. The dynamic price facilitates a customer price function on separate smart contracts. This is based on different properties which users find relevant such as oracles, supply and demand, etc.

On the other hand, conditional execution allows users to specify arbitrary conditions for order execution. This allows maximizing the earnings on different trading operations.

Besides, the protocol also enables the fulfillment of requests for quotations (RFQs). Thus, the buy and sell orders for the specific amount of cryptocurrencies are optimized for market makers.

Due to the dynamic pricing feature, the protocol can be used to power auctions. For instance, Maker DAO’s Liquidation 2.0 Module is based on the auction model, and users could take part in Maker DAO auctions, using the 1inch Limit Order Protocol.

Similarly, on top of the protocol, complex, customized market making tools could be built. For example, a tool of that kind would facilitate earning on a pair of assets pegged to the same currency, like USDC and DAI, which are both pegged to the US dollar”.

1inch says that security remains one of its most important concerns and thus the newly launched protocol has been thoroughly audited.

Bhushan is a FinTech enthusiast and holds a good flair in understanding financial markets. His interest in economics and finance draw his attention towards the new emerging Blockchain Technology and Cryptocurrency markets. He is continuously in a learning process and keeps himself motivated by sharing his acquired knowledge. In free time he reads thriller fictions novels and sometimes explore his culinary skills.