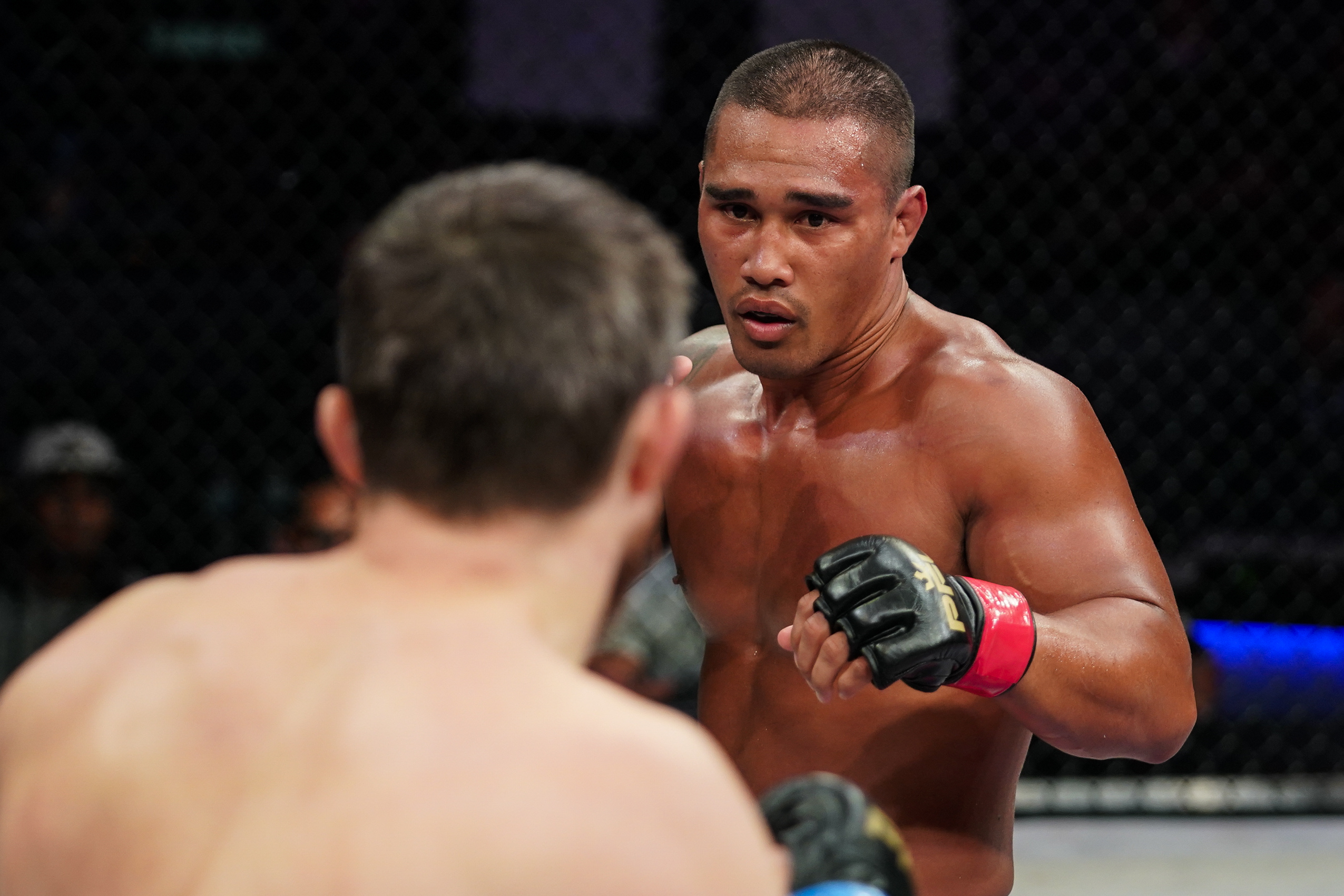 Ray Cooper III has power in his hands – $1 million power.

For the second time in his professional career, Cooper (24-7-1) won the PFL welterweight championship and the seven-figure prize that comes along with it.

At 2021 PFL Championship, Cooper knocked out Magomed Magomedkerimov (29-6) with a violent punching combination and follow-up shots at 3:02 of Round 3.

The first round was back-and-forth with both men having their moments. In Round 2, Cooper took Magomedkerimov to the canvas where he worked for an unorthodox opposite-side arm-triangle choke. Despite a solid amount of pressure on his head and neck, Magomedkerimov wiggled his way out of danger.

In Round 3, the momentum shifted in Magomedkerimov’s favor. While his output seemed similar to the first two rounds, the rate at which his punches were landing seemingly increased. He tagged Cooper over and over and even seemed to stun the Hawaiian at one point.

Despite the shots, Cooper hung in the fight and it’s a good thing for him that he did. After a solid hook connected on the feet, Cooper landed another that floored Magomedkerimov. From there, Cooper put the lights out with violent follow-up ground-and-pound shots.

With the win, Cooper avenges a submission loss to Magomedkerimov in the 2018 PFL Championship. He extended his winning streak to six with the victory.

As for Magomedkerimov, the loss snaps his 13-fight winning streak including an unbeaten 10-fight stretch in PFL.

The up-to-the-minute 2021 PFL Championship results include: