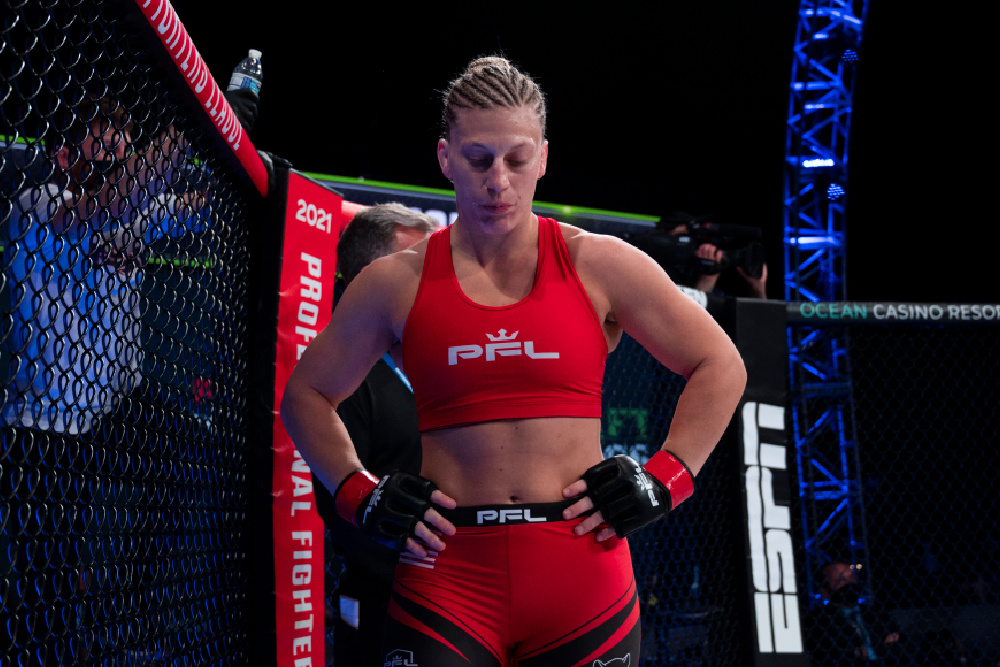 The next chapter in the 2021 PFL season kicks off in August with playoff action.

After the conclusion of its regular season events in June, the promotion took a brief hiatus to allow the athletes on the roster to recover and focus on the next step, which centers around securing a place in the championship finals for an opportunity at $1 million.

The Seminole Hard Rock Hotel & Casino in Hollywood, Fla., will play host to three playoff events set for Aug. 13, Aug. 19 and Aug. 27, which air on ESPN and ESPN2, as well as stream on ESPN+.

“No sports league can match the thrilling action Professional Fighters League will deliver this August as the final four fighters for each weight division will compete for a spot in the $1 million world championship bout,” PFL CEO Peter Murray said in a statement. “The only playoff format in the sport gives every fighter a chance. The more than 550 million MMA fans around the world are going to witness unmatched intensity during every fight in the PFL SmartCage.” 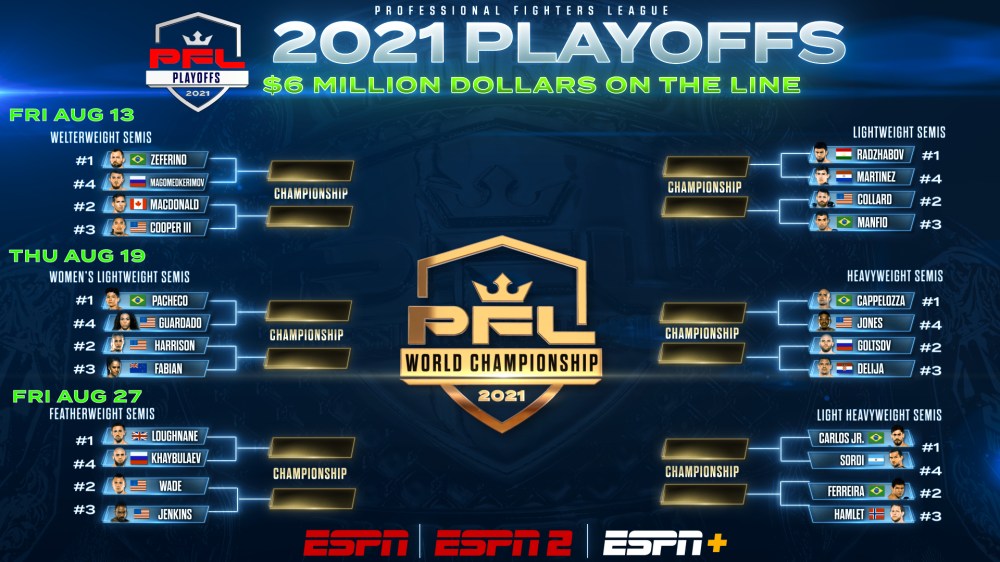 Check below for the lineup for the 2021 PFL Playoffs, where notables such as Kayla Harrison, Rory MacDonald and more are scheduled to compete.