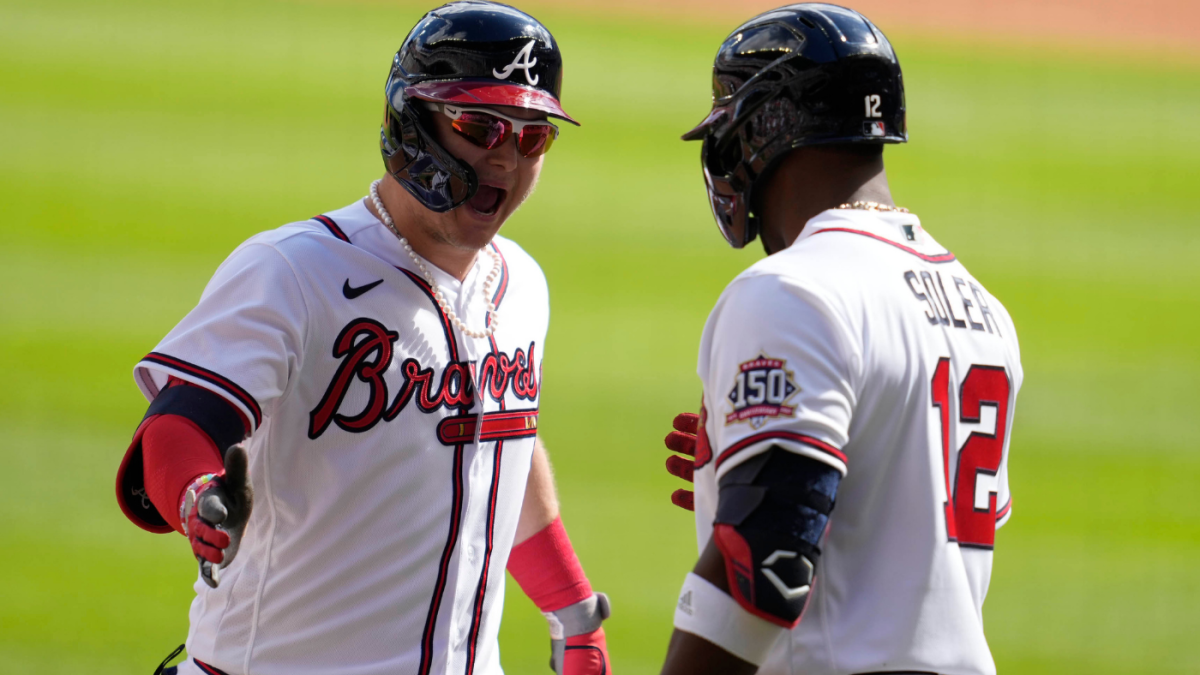 The 2021 World Series is here. The Houston Astros and Atlanta Braves are meeting in this year’s Fall Classic after knocking off the Red Sox and Dodgers in six games in the League Championship Series, respectively. The World Series will begin Tuesday night at Minute Maid Park in Houston.

Thanks to all those years the Astros spent in the National League, these two clubs do have quite a bit of postseason history. Here’s a quick recap of those Astros vs. Braves postseason battles:

Of course, what happened in the late 1990s and early-to-mid 2000s has no bearing on what happens in 2021. Those series were an eternity ago in baseball years. There are different players now, different managers, different styles of play, the works. The Astros and Braves have a postseason history, sure, but it is irrelevant to the 2021 World Series.

Anyway, with the World Series set to begin Tuesday night, let’s lay out some bold predictions. Come with me, won’t you?

There will be a chaos game

Perhaps this bold prediction doesn’t qualify as bold, because there seems to be at least one chaos game every World Series. What do I mean by chaos game? I mean lots of offense and lead changes, memorable plays, and just all-around entertainment. The opposite of a pitchers’ duel, basically. Some recent World Series chaos game examples:

The 2018 World Series did not have a true chaos game, though it did have an 18-inning game, the longest World Series in history, and that’s a pretty good substitute. Point is, just about every World Series we can expect to see one truly chaotic game with a ton of action and lead changes and a memorable finish.

So, predicting a chaos game in this year’s World Series is not necessarily bold, but I’m going to predict one anyway. Consider this more of a hope than a prediction. Give me a crazy back-and-forth game. To be a little specific with this prediction, I’ll say Game 5 is our chaos game, and we see 23 total runs scored and eight combined home runs. Go big or go home, baby.

Tucker will set the World Series stolen base record

This is the postseason of the stolen base. Through the League Championship Series, runners are 38 for 42 — 38 for 42! — stealing bases, an incredible 90 percent success rate. One of the four caught stealing wasn’t even a real caught stealing either. Rays outfielder Manuel Margot overslid the bag in ALDS Game 3. He made it safely. He just slid too far.

The Astros were not a stolen base team during the regular season. They stole only 53 bases, the fourth fewest in baseball, and their stolen base leader was traded at the deadline (Myles Straw with 17). Houston is not going to wreak havoc on the bases, but because these are bold predictions, I’m going to say an Astros sets a new World Series stolen base record.

The player: Kyle Tucker. Jose Altuve may seem like the more obvious choice, but he’s not much of a stolen base threat anymore (only five steals in 2021), and Tucker went 14 for 16 stealing bases during the regular season. The World Series stolen base record is seven, done twice by a Hall of Famer:

The 1967 and 1968 World Series both went seven games, and no player has stolen even five bases in the World Series since Omar Vizquel in 1997. The stolen base has been a dying art the last few decades, though it has come back in a big way this October. Runners are going with reckless abandon this postseason and the Braves have contributed to that, though not in a good way.

Runners are 13 for 13 stealing bases against Atlanta this postseason, so roughly one-third of all postseason stolen base attempts have come against them. Controlling the running game is a weakness because Atlanta has several pitchers who are slow to the plate, and because catcher Travis d’Arnaud’s arm isn’t great (14 percent caught stealing rate the last two years).

The Braves have an exploitable weakness in stolen bases and the Astros are all about exploiting weaknesses. Eight stolen bases in a postseason series is a ton, but all it takes is one three- or four-steal game to give Tucker a real chance at the record. He’s been great and will be on-base a ton. I boldly predict Brock’s World Series stolen base record will fall.

Also, I’m going to throw in a sub-bold prediction in here: Tyler Matzek will at least tie the postseason appearance record. He’s pitched in nine games already and the record is 14 by Brandon Morrow in 2017 and Paul Assenmacher in 1997. Matzek pitching five times in the World Series seems extremely doable. He might even break the record given his current pace.

Smyly will be a pitching hero

We know Framber Valdez and Charlie Morton will start Game 1. Beyond that, the rotations are up in the air, though things line up in such a way that we’ll likely see Luis Garcia vs. Max Fried in Game 2, and José Urquidy vs. Ian Anderson in Game 3. What happens in Game 4 is anyone’s guess. Could be Zack Greinke or Jake Odorizzi for Houston, and a bullpen game for Atlanta.

Inevitably, things will go haywire for each team at some point in the series, and either someone will come in to put the game back on the rails, or throw gas on the fire. Think Cristian Javier with three scoreless innings in ALCS Game 4, or Nathan Eovaldi and Martin Pérez combining to allow seven runs in one inning in the same game.

Occasionally the hero pitcher will be someone unexpected, and for this bold prediction, I’m going to say veteran southpaw Drew Smyly comes out of the bullpen to provide a Herculean relief appearance at some point. How’s Game 2 sound? The Astros rough up Atlanta’s starter (whomever it ends up being), then Smyly settles things down with three or four scoreless frames.

Smyly threw 126 2/3 mostly effective innings during the regular season (4.46 ERA), though he moved to the bullpen late in the year, and he simply hasn’t pitched all that much lately. His last four appearances:

So that’s 160 pitches and 11 1/3 innings across four appearances in the last calendar month. That’s not much work at all, so no one would blame Smyly for coming out of the bullpen one day and just not having it. That’s what makes this prediction bold though. The guy no one expects to make an impact comes in and makes an impact.

One thing to note: Houston chased curveballs out of the zone more than any other pitch type this season, and Smyly’s specialty is getting hitters to chase his curveball out of the zone. He’s not going to blow anyone away with his fastball at this point in his career, but he will get you to offer at the curve. That’s a reasonably effective way to attack the Astros (just don’t hang it).

The Braves will win the World Series …

… and Jorge Soler will be the World Series MVP. Why not? Soler missed the first four games of the NLCS after testing positive for COVID-19, and he did not start Games 5 or 6 because Adam Duvall, Joc Pederson, and Eddie Rosario were playing so well. In the World Series though, the Braves will be able to put Soler at DH in Games 1 and 2, and if necessary, Games 6 and 7 as well.

Soler was excellent after coming over from the Royals at the trade deadline, hitting .269/.358/.524 with 14 home runs in 55 games with the Braves. His pull power is enormous, and if you’re going to be a pull right-handed hitter, there are worse ballparks to play than Minute Maid Park. Check out Soler’s 2021 line drives and fly balls overlaid on Minute Maid Park:

Oh yeah, the Crawford Boxes beckon. It almost seems like Minute Maid Park was built for Soler given his ability to pull the ball in the air to left field. He’ll be in the lineup at DH in Games 1 and 2 at the very least, and it’s not unprecedented for a DH to win World Series MVP while not starting the NL games. Hideki Matsui did it with the 2009 Yankees.

So, my final bold prediction calls for the Braves to win only their second title since moving to Atlanta in 1966, and for Soler to lead the way as World Series MVP. The Astros are insanely good, obnoxiously so, so I have this series going the full seven games. That gives Soler at least four starts at DH to make an impact, and make an impact he will. I’m boldly predicting it.