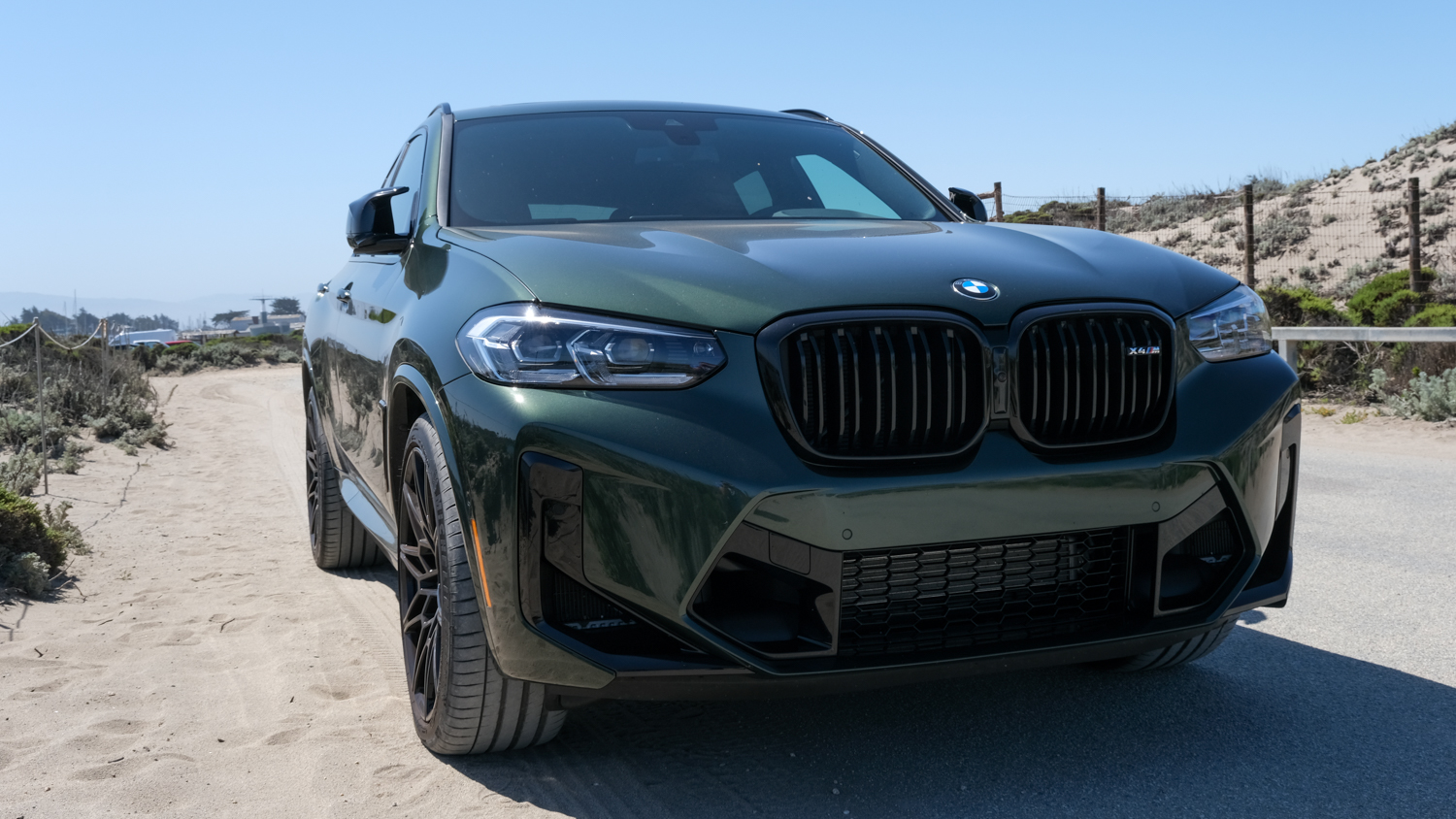 Is it a sports car? Is it a family car? A performance car? How about all of the above. The BMW X4 M is sleek and stylish, offers plenty of room for the whole family, and performs like an absolute beast. Acceleration is quick, and handling is agile.

But that’s not the whole story. The X4 M may be a great car, but it faces more competition than ever. Everyone seems to be buying a crossover or SUV these days, and every company is selling them. And many of them are awesome. Add in the fact that the BMW X4 M comes at an eye-watering $74,595 without options, and it’s a bit of a tough sell.

That doesn’t mean you should ignore it though. Depending on your wants or needs, the BMW X4 M could be for you.

The BMW X4 M looks good and performs like a beast — but it’s also relatively expensive and faces stuff competition.

BGR may receive a commission

BGR may receive a commission

The BMW X4 M has a coupe-like exterior look that helps give it a sporty look and feel, despite the fact that it’s a little bigger than a typical coupe. I love the little flick of a spoiler at the back, and the large 21-inch V-spoke wheels on our review model. The base model comes with 20-inch wheels, but based on online images those look pretty good too.

Slightly more controversial is the look of the front of the car, however I quite like that too. I’m used to the larger grilles on BMW’s recent cars, and the kidney grilles on the X4 M are still far from the size of the i4. Those grilles are coupled with a number of different air vents and side grilles, and while it does look a little busy at times, I don’t think it looks busy in a bad way. The headlights are slim and mean-looking too, which helps offset the smiley face bottom grille.

The rear is decidedly less busy, featuring another set of slim-looking lights and quad exhaust tips.

The car I’m reviewing is Malachite Green Metallic. It looks nice, but based on online images I think I prefer the Sao Paulo Yellow.

If you’ve stepped into a modern BMW before, you’ll immediately recognize the interior of the BMW X4 M. That’s not a bad thing — I really like the interior of modern BMWs, down to the big and bright display, the premium stitched leather, and the layout of the physical controls. The interior is quite comfortable too, thanks to the 14-way power-adjustable front seats, making it easy to get into the perfect position.

Generally speaking, I find the controls in the BMW X4 M to be easy to use and intuitive, especially when it comes to things like climate and audio. You’ll get three climate zones, so the passengers can dial in their own settings.

The downside to the X4 compared to the X3, for example, is the decreased amount of space for rear passengers. That largely has to do with the sloping roofline. Now, while there’s less room, I still find the X4 to offer plenty of room for most situations. I’m 5’11” and had a few inches of clearance while sitting in the back. I think two adults in the back or three kids is completely reasonable in the X4 M.

The sloped roof also impacts the trunk space, and a little more space in the trunk definitely would have been nice. That said, there’s still enough for most day-to-day use — you’ll get 18.5 cu-ft of space. Compared to the X3 M’s 28.7 cu-ft, it’s clear that if you want something with lots of room, you should go for the X3.

The 2022 BMW X4 M comes with the BMW iDrive 7 platform, which is…fine. BMW now offers iDrive 8, however iDrive 8 is mostly only found on its electric cars for now. Generally, iDrive 7 isn’t bad. It offers some customization for the home screen, allowing you to tweak what information you’ll get. And, I found it to be responsive to touch controls.

Thankfully, you don’t have to deal with iDrive 7 at all if you don’t want to. The car supports CarPlay and Android Auto through a wireless connection. I had some trouble connecting my phone through Bluetooth on the day that I got the car, and spent a good 30 minutes trying to get it to connect. The next day, for some reason, it worked the first time I tried, and I had no issues with connectivity after that.

The BMW X4 M looks cool and is comfortable to drive. But the reason to go for this car, with this trim, is performance. And boy does the BMW X4 M Competition perform. The car boasts a twin-turbocharged 3.0-liter i6 engine that delivers an impressive 503 horsepower and 442 lb-ft of torque. You’ll get from 0 to 60 in an incredible 3.6 seconds. Generally, I found the eight-speed transmission to be quick and smooth.

Not everything about driving the car is perfect though. The car comes with very stiff suspension, no matter what driving mode you’re in. While suspension this stuff might be necessary for a top-heavy car like this, it does impact daily driving in a negative way.

Thankfully, there are multiple driving modes that you can switch between depending on your preferences, and like any M car, you can get pretty detailed with the customizations. The level of driving customizations can be a little confusing at times, but thankfully you can set presets to be accessed with the M1 and M2 paddles on the steering wheel. It’s a good solution to the problem of such a high level of customization.

If you’ve driven any other modern BMW, you won’t be too surprised when it comes to driver-assist features — but that’s a good thing. The car offers a number of helpful features, especially if you’re willing to pay for some options.

You’ll get a number of basic features, like a backup camera, lane departure warning, and blind-spot monitoring, but you’ll also get things like a 360-degree camera view when you reverse, which I find can really come in handy for things like parallel parking. That feature is available in the Executive package, which also adds a heads-up display.

The BMW X4 M Competition is a do-it-all car that’s a ton of fun to drive and a ton of fun to look at. It performs like an absolute champion, and while the stuff suspension does take away from the experience a little, I still found it to be fun to drive.

Only one problem. It’s expensive, and up against a ton of competition, and some of that competition comes from BMW’s own cars.

Still, if you do end up buying the BMW X4 M Competition, you won’t be disappointed.

If you want a great BMW crossover or SUV, then it’s worth considering the BMW X3. The X3 is quite a bit cheaper than the X4 M, and quite a bit bigger — making it arguably a better choice for larger families. It’s also worth considering the Porsche Macan, which also performs incredibly well, has a ton of room on the inside, and costs less than the X4 M. Ultimately, most should buy the Porsche Macan over the X4 M. Of course, it’s also a good idea to consider the non-M X4, which offers a similar overall design, but isn’t quite as sporty in both look and feel.

Yes, but you should think long and hard about whether it’s a better option for you than the Porsche Macan, X3, and standard X4.