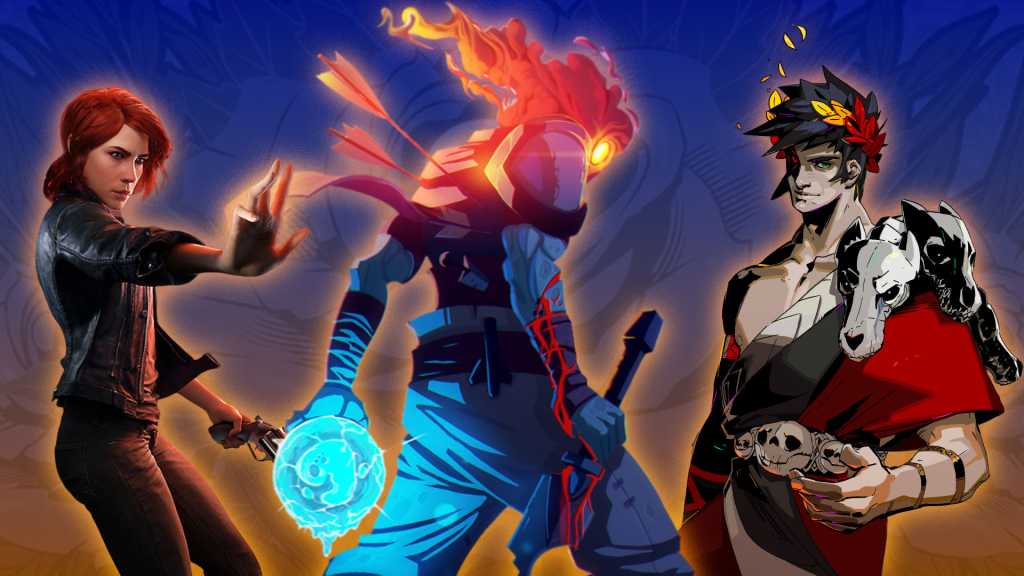 A Steam sale is upon us, folks, and that means just one thing: sifting through literally thousands of deeply discounted games to figure out which ones in particular deserve your hard-earned cash. If you’re short on time, take a gander at our recommendations below. Since it’s Halloween, they’re heavy on horror, but just about anyone should be able to find something they can enjoy. Note that most of these selections are decidedly adults-only: Let the kids get their spooks in Minecraft.

Half-Life is a genre-defining staple of both first-person shooters and horror games, but 23 years later, it’s not exactly looking like a spring chicken. If you want to see how one of gaming’s most celebrated franchises got its start, pick up this authorized, fan-published remake running on the latest version of the Source engine.

Blasphemous is what you’d get if you threw Super Metroid and Dante’s Inferno into a blender. This 2D platformer is heavy on both exploration and combat, with beautiful, haunting bosses that will make an encore appearance in your nightmares.

This game is on the other end of the spectrum from most Metroidvania titles, letting you take direct control of a Lovecraftian horror beast. Slither undulously through the corridors of the facility built to keep you inside, snacking on some juicy guards and powering up your abilities as you go.

Anime-inspired games are a dime a dozen on Steam, but this one is notable for its ambition. With combat and exploration aiming to take on Dark Souls, Code Vein distinguishes itself with full co-op gameplay available throughout the campaign.

A conventional cover shooter that expands into something much more, Control is what you’d get if you let David Lynch direct a Resident Evil game. Explore the secrets of a vast shadowy organization as you power up your own fledgling abilities, discovering the connections between this strange place and your own past.

If you’re itching to get your old-fashioned turn-based combat on, but aren’t interested in 70 hours of pixelated drama, give Darkest Dungeon a try. You’ll manage a party of gothic heroes delving into a creepy dungeon over and over again. But be careful: If one of your heroes goes down, they won’t be coming back for the next run.

A banner release from a couple of years ago on the PS4, the PC port of Days Gone is not to be missed for fans of zombie survival. You’ll explore a gorgeous and mostly deserted slice of the Pacific Northwest, completing missions Far Cry-style. But don’t look at the scenery too long, or an equally gorgeous pack of hundreds of zombies will come by looking for a two-legged snack.

Dead Cells is Metroidvania for those who want non-stop, eye-searing combat. Its pixelated splendor plays out in a short succession of sprawling levels. You will die, over and over again, powering up your undead fighter and refining your tactics and loadouts with each run as you explore an island full of horrors.

A controversial hit, Deah Stranding‘s cargo-hauling gameplay is as unique as its bleak landscapes are beautiful. To summarize its story would take longer than we have here, but if you’ve ever spent more than 10 minutes on a Metal Gear wiki entry, this game is for you.

Disco Elysium is like no other game you’ve ever played. A love letter to both classic point-and-click adventure games and the kind of sprawling existential literature you pretended to read in college, it’s not a game for the faint of heart. (Or for anyone with a deadline to meet in the next month or so.)

This top-down survival game takes the simple but addictive nature of the original Don’t Starve and then lets you invite friends. The charming woodcut art style and just-one-more-run game sessions have made it a hit, and it’s easy to see why.

Dusk is an intentional throwback to the days of late-90s shooters, skinned with gothic horror and a decidedly low amount of polygons. Relive memories of Duke Nukem as you blast through an entire slasher franchise worth of monsters.

Speaking of slasher franchises: This officially licensed take on the famous movies has you playing through the iconic landscapes of Camp Crystal Lake. Up to seven players play campers, carefully exploring and hiding, while one lucky player gets to slip behind the mask of Jason Voorhees and hunt them down one by one.

In a year with an infamous cyberpunk game, Ghostrunner is the one that might have slipped through the cracks. This intense action title mixes the first-person free-running of Mirror’s Edge with the super-fast sword combat of any ninja game you’d care to mention. Mix in a dash of sci-fi dystopia and you’re all set—just make sure your PC can handle it at a high framerate.

A more somber take on the recent pixelated management genre, Graveyard Keeper mixes elements of Stardew Valley with dungeon crawlers and a healthy dose of cynicism. You’re a medieval crypt keeper tasked with managing the business of mortal remains. Don’t let the cutesy graphics fool you: This one isn’t for the squeamish.

A top-down hack-and-slash dungeon crawler with a mythical Greek setting, Hades picked up multiple Game of the Year awards for its incredible artistry and innovative structure. While it starts simple and seems a little short, you’ll come back again and again for the unfolding story and dialogue that’s better than most shows on TV.

Nietzsche warned about the dangers of hunting monsters. Hunt: Showdown is his abyssal sentiment distilled into FPS form, as players stalk through 19th-century Lousiana in search of both shambling horrors and other players. Collect the bounty on the map’s boss monster, if you can get there before the other hunters finish you off.

What if Dark Souls was set in the Star Wars universe? If it was, you’d get this game exactly. While it’s a little short and the sprawling maps might be frustrating for some, the razor-sharp lightsaber combat and exploration of a galaxy far, far away will thrill fans of the movies. For other Star Wars discounts, check out Star Wars: Squadrons.

Get Over Here and check out the latest and goriest entry in the legendary 2D fighting series. While MK11 doesn’t explore anything particularly new for a 2D fighter, its shamelessly visceral showmanship will thrill fans of the original while serving up surprisingly technical combat. Pick up some DLC if you want guest fighters like Terminator, Robocop, and Rambo.

It might be unfair to call The Outer Worlds “Fallout in space,” but it’s pretty clear that’s what New Vegas developers Obsidian were going for. If you prefer your modern 3D shooter-RPGs with a dash of Gilded Age anti-capitalist commentary, you’ll be in role-playing heaven with this one.

The 14th century wasn’t a great time for continental Europe, but it’s the perfect setting for a horror game, especially if you get squeamish around rats. Guide protagonist Amicia through a series of stealth-based levels and puzzles as you explore a world ravaged by the Black Plague.

Remnant: From the Ashes

If you loved Borderlands but wish it had a little more Dark Souls flavor, this game’s for you. Grab two buddies for a looter-shooter that’s high on difficulty, tasking players to make it through a world ravaged by an interdimensional horror.

Capcom’s classic survival-horror game has been given a gorgeous coat of paint. Relive the original PlayStation classic with full 3D environments and new voice acting and animation. If you get through RE2 and still crave more, Resident Evil 3 and its iconic Nemesis enemy have been given the same remake treatment.

Here’s another game that’s not for those who have musophobia (the fear of rats). But unlike A Plague’s Tale, Vermintide 2 gives you an arsenal of weapons to take down an army of rat-men — this is the Warhammer universe, after all. Grab a few friends for co-op first-person slaying for the best results.

Building on the excellent 2012 reboot of the classic strategy franchise, XCOM 2 is the rare sequel that asks, “What if you lost the first game?” Take control of a rag-tag group of rebels on an alien-occupied Earth, building up equipment and combat prowess through turn-based battles. But beware: The enemy is getting stronger, too.

Michael is a former graphic designer who’s been building and tweaking desktop computers for longer than he cares to admit. His interests include folk music, football, science fiction, and salsa verde, in no particular order.