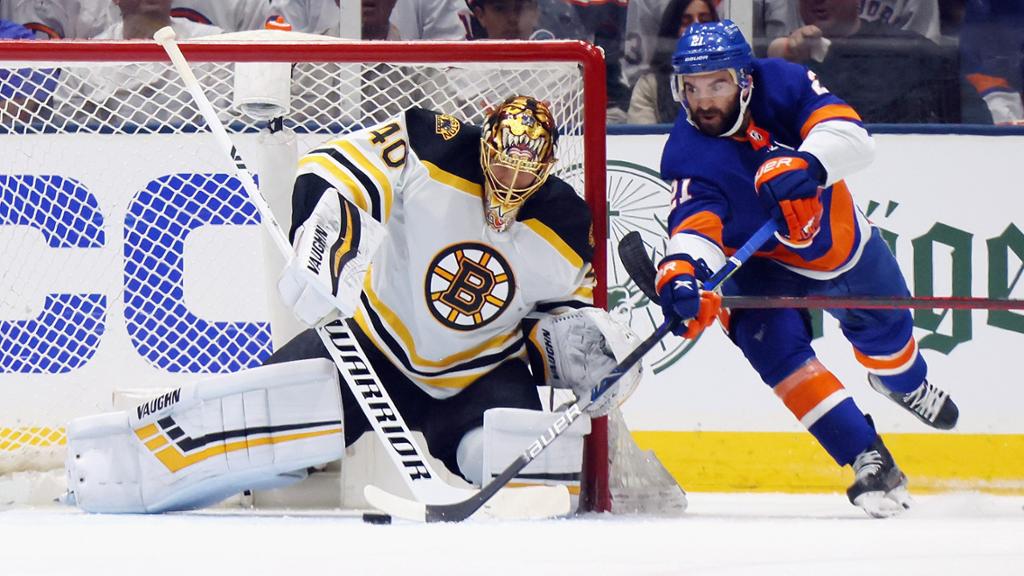 New York has won the past two games, including a 5-4 victory in Game 5 on Monday, to take the lead in the series. With one more win, the Islanders would play the Tampa Bay Lightning in a rematch of the 2020 Eastern Conference Final, which the Lightning won in six games.

Tampa Bay advanced to the semifinals with a 4-1 win in Game 5 of the second round against the Carolina Hurricanes on Tuesday.

“It’s going to be an intense game,” Islanders center Brock Nelson said. “Whenever you’re trying to close a team out, they’re going to come with their best. So you’ve got to raise your level, come with a better game, best one of the series.”

The Bruins need a win to force Game 7 in Boston on Friday. They were in the same situation heading into Game 6 of the 2019 Stanley Cup Final at the St. Louis Blues and were able to extend that series before losing in Game 7.

“You’ve got to stay in the moment, first and foremost,” Bruins coach Bruce Cassidy said. “You can’t sort of get nervous or go through the what-if scenarios. I know it sounds cliché, but you prepare to win, to play the right way. You take it one shift at a time, one period at a time. You reset if something goes wrong and build on the good things.”

Goalie Tuukka Rask will start for the Bruins after being replaced by rookie Jeremy Swayman to start the third period in Game 5. Cassidy said Rask has been playing through nagging injuries but is ready.

Rask needs to play better than he did Monday, when he allowed four goals on 16 shots in the first two periods. The Bruins also need to cut down the number of breakdowns in front of their goalie.

The Islanders were 3-for-4 on the power play in Game 5 and are 6-for-15 (40.0 percent) in the series. The Bruins were second in the NHL during the regular season on the penalty kill at 86.0 percent and killed 18 of 21 power plays (85.7 percent) in the first round against the Washington Capitals.

“We just have to continue to focus on the details,” Bruins forward Brad Marchand said. “It just seems like every time we miss a little detail out there, they capitalize on it. But they have a lot of talent on their power play and they’re going to make plays. So a couple things we’re going to look to clean up.”

New York needs to be more efficient moving the puck up the ice against Boston’s pressure Wednesday.

“You’ve got to just keep it simple early and have a real good pace to your game, make good decisions,” Islanders coach Barry Trotz said. “And if you do that, then you’re usually in a lot better shape than we were.”

With Lazar out after the forward was injured in Game 5, Kuraly shifts to center on the fourth line and DeBrusk returns after being a healthy scratch in Game 5. … Lazar, Miller and Carlo did not make the trip to New York. … Wahlstrom will miss his seventh consecutive game. There is no timetable for the forward to return.