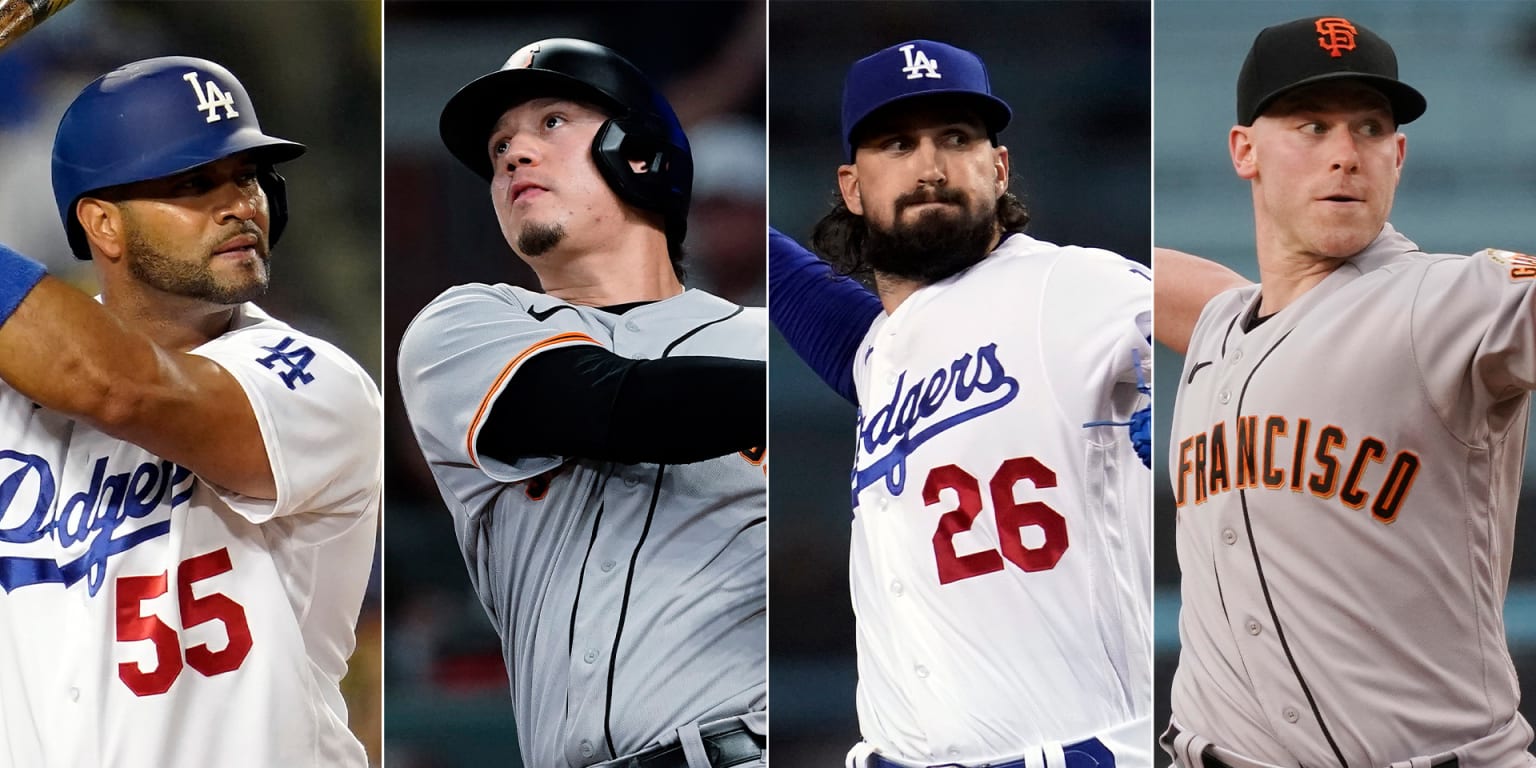 LOS ANGELES — Buckle up. The National League Division Series between the Dodgers and Giants is headed for a dramatic finish.

After the NL West rivals split their two games in San Francisco over the weekend, the series shifts to Dodger Stadium tonight for Game 3.

These teams have already amassed a remarkable 108 wins apiece this season. So who gets to 110 first? Here are three factors that could decide the series.

1. Who can fill the void at first base?
These are two of the deepest teams in baseball — if not the two very deepest. Right now, however, that depth is getting a test.

“I guess if you look at it in a vacuum, it’s probably a wash,” said Dodgers manager Dave Roberts. “I can’t speak for how those guys [replace Belt]. But we don’t have Max on our club, and we’ve still got to go out there and win a series.”

The Dodgers have already used two replacements at first base for Muncy — Matt Beaty in Game 1 and Cody Bellinger in Game 2. Now, it looks like they’ll opt for a third in three games, with Albert Pujols expected to start Game 3 against left-hander Alex Wood. Bellinger, meanwhile, will start the game on the bench, as the Dodgers sacrifice defense for offense.

“It’s more of the mindset of: Give us the best chance to get a lead, beat the starter, and then we can pivot out of some things,” Roberts said. “That’s the mindset.”

The Giants have taken a simpler approach — starting Wilmer Flores at first base in both games. He’s likely to start Game 3 as well. But lineup construction without Belt is an issue. Presumably, Belt would’ve been somewhere at the heart of this lineup against a power righty like Max Scherzer.

2. Which team creates the most traffic?
During the regular season, the Giants and Dodgers both made things difficult on their opponents by simply getting on base. They finished 1-2 in the National League in walk rate, and only the Nationals had a higher on-base percentage.

This series, those baserunners are paramount. The Dodgers worked no walks in Game 1 and were shut out. They worked four in Game 2, and three of them scored. (Meanwhile, the Giants’ three walks in this series have all scored.)

It’s perhaps oversimplifying things to note that reaching base is important. But in this series, it’s just the truth. Both teams have deep lineups with hitters who can slug from top to bottom. But which team will have runners aboard when that slug comes?

And — with both teams facing some very tricky pitching decisions — which lineup will put the most stress on the opposing staff by running up pitch counts? Speaking of which …

3. Who will pull the right pitching strings late in the series?
Whatever the result on Monday night, these teams are going to have some decisions to make for Tuesday’s Game 4. The Dodgers, sans Clayton Kershaw, have no obvious Game 4 starter. The Giants have a couple of options, but none they’d feel entirely comfortable with. It should go without saying that those pitching decisions could make or break the series.

The Giants seem unlikely to turn to Logan Webb on short rest for a potential Game 4. That leaves them with either Anthony DeSclafani, who has struggled against the Dodgers this season, or a potential bullpen game — with every relief arm on the table.

As for Los Angeles, Walker Buehler is at least a candidate for a short-rest start after 99 pitches in Game 1 — especially if Game 4 is a must-win. The more likely scenario is that the Dodgers use an opener. Then, they’d have right-hander Tony Gonsolin available to pitch the bulk of the game.

“Everything is on the table,” Roberts said.

As it should be. Through two games, the pitching decisions have actually been fairly straightforward for both managers. That’s no longer the case. A place in the NL Championship Series could be resting squarely on those decisions.