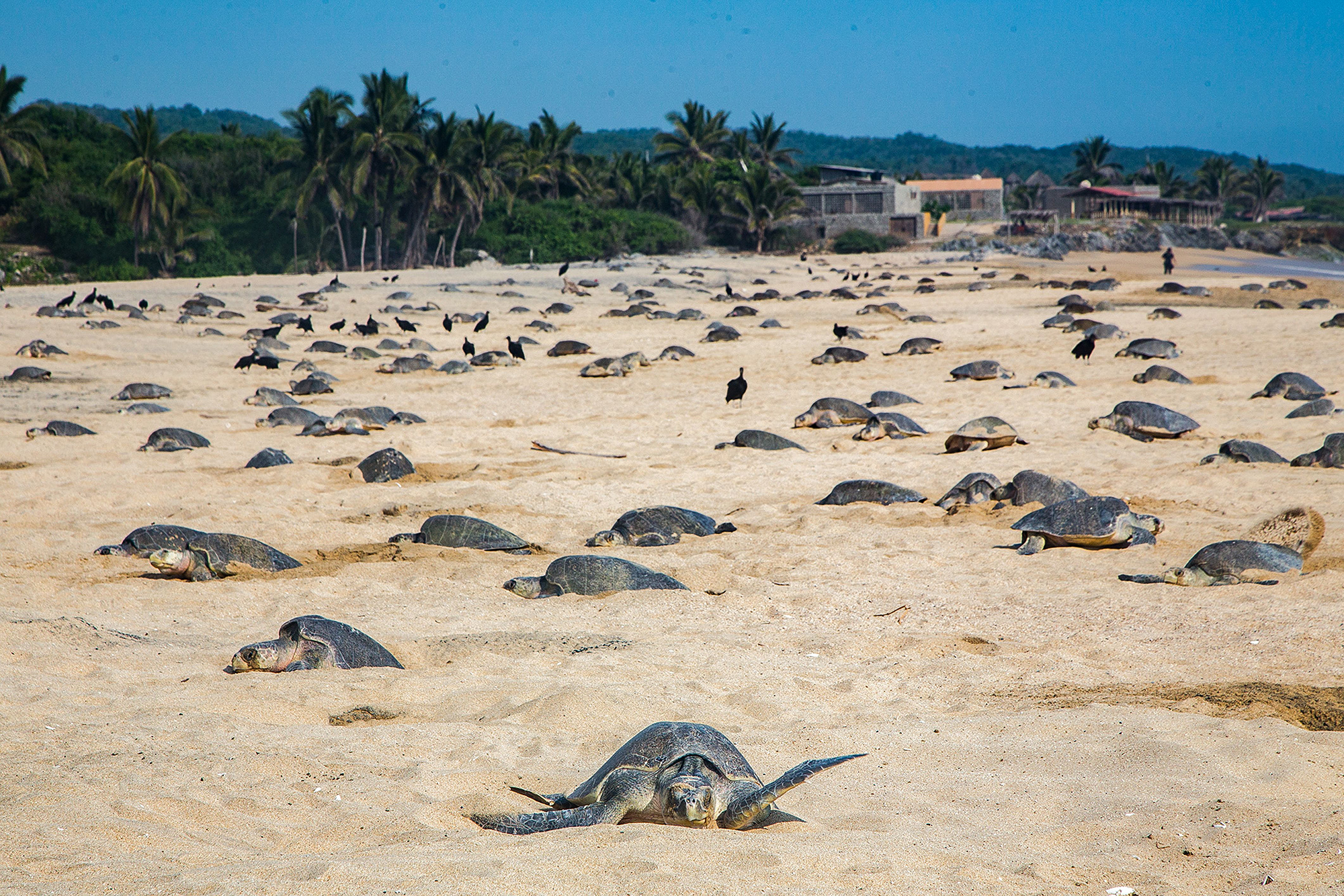 A mass turtle death has been recorded on the Pacific coast of Mexico, with preliminary reports pointing to illegal fishing nets as the cause.

An official with Mexico’s environment ministry has confirmed that a minimum of 300 olive ridley turtles (Lepidochelys olivacea) were found drowned recently, the BBC reported.  Their bodies washed onto Oaxaca’s Morro Ayuta Beach.

While the reason for the sea turtles’ deaths has not yet been confirmed, officials believe they likely became tangled in “ghost nets,” the unofficial term for illegal fishing nets, many of them abandoned in the high seas.

That it was olive ridley turtles impacted is especially tragic as the species is listed as vulnerable by the International Union for the Conservation of Nature. Not only is their population decreasing, according to the IUCN, but olive ridleys are more geographically specific than other species, only nesting in a small number of areas.

The beach where the 300-some turtle bodies were recently found is one of the known sites where they lay eggs. Turtle expert Ernesto Albavera Padilla told local media that all of the turtle bodies found were female, the BBC reported.

The capturing of sea turtles has been banned in Mexico since 1990, and killing the creatures is a harshly punishable offense.

The Mexican navy is assisting in the investigation of how these hundreds of turtles died, in assistance with environmental authorities, according to the BBC.

In slightly more positive sea turtle news, a helpless baby was recently rescued and miraculously recovered after having its tiny stomach pumped of 158 individual shreds of plastic. The 60 grams of plastic found in its belly — mostly netting and plastic bag bits — were revealed in an X-ray, which found they were causing a blockage in the animal’s intestines.