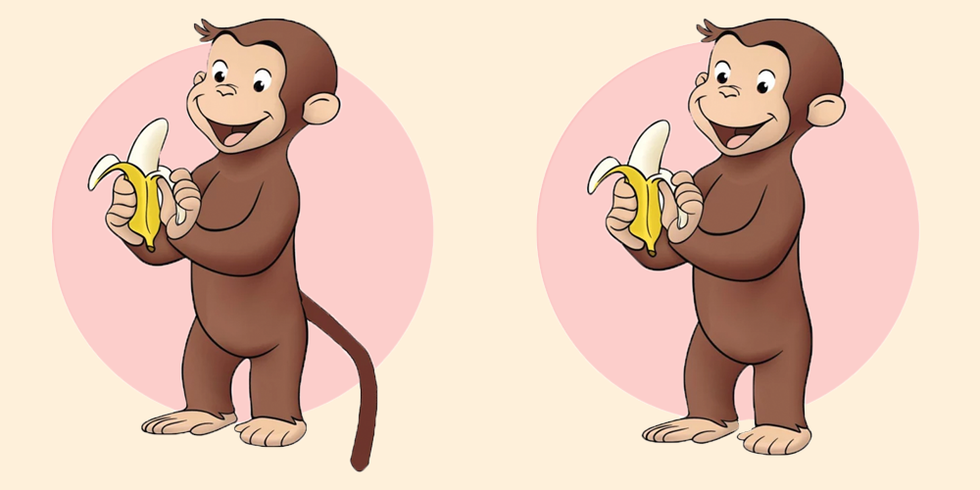 The Mandela Effect is a phenomenon that makes us question even the most mundane memories from the past. In June 2019, the famed New York Times crossword puzzle made it the theme, and defined it as, “a recent refinement of false memory that typically refers to pop culture or current event references.” Named by paranormal researcher Fiona Broome, it’s basically remembering something that doesn’t match with historical records. For example, the stuff you use to make your home smell fresh isn’t “Febreeze” (more on that later).

Broome has said that she “loves” the idea that the Mandela Effect, or others claiming they distinctly recall different events or details, could be proof that we’re existing in alternate realities. We’re not so sure that’s the truth, but these comparisons between popular belief and reality is making our jaws hit the floor as we type. Check out 40 of the most gobsmacking “facts” below.

Let’s start with the reason we’re all here. Nelson Mandela, who this theory is named after, died in 2013. However, countless people distinctly remember him dying in prison in the 1980s. But his death isn’t the only example of a Mandela Effect. We have been wrong about so many dates, details, and more. Keep going for more commonly misremembered moments in history

It makes almost zero sense, but yes, the cartoon was spelled as “Tunes.”

The lovable cartoon bear family actually spelled their last name with an “a”: The Berenstain Bears.

… was never there. Are you freaking out? Okay, moving on.

‘Sex and the City’

While these four women were having sex in the city, the show was actually titled Sex and the City.

You might use the stuff every day, but be honest: You thought it was “Febreeze,” didn’t you?

One of the most confounding of all: There’s an “A” in “Mayer”?! Honest to goodness, we thought it was Meyer.

Less sketchy than most, people have been befuddled to see that there’s no “T” in Skechers.

Kellogg had been spelling fruit like that for years and we only noticed it now … wowza.

For some reason, people distinctly remember this portrait showing the king of England wielding a turkey leg. To be clear, he was not.

Monopoly Man and His Monocle

… or more like the fact that he doesn’t have one. This, as some suggest, might be a simple confusion between him and the Planters peanut company’s mascot, Mr. Peanut.

Though many of us clearly remember black detailing on the Pokemon character’s tail, but in reality, it’s just yellow.

The Hyphen in Kit Kat

If you’ve just had an existential crisis about the fact that there’s no hyphen in between “Kit” and “Kat,” know that you’re not alone.

Fruit of the Loom Logo

It used to have a cornucopia behind the fruit … right? Right?!

We swear, there used to be an extra “z” at the end! What.is.happening.

If you’re trying to tell us there isn’t a second “f” in Stuf, our lives have officially been a lie.

There are a LOT of theories about this one, but so many people have claimed that she used to have a more obvious smile.

C-3PO Has a Silver Leg

Even the biggest Star Wars fans (and Halloween costume sites) get it wrong. The robot isn’t all gold; he has one silver piece on his right leg.

The Flintstones Has Two Ts

We’ve been pronouncing it without that first one, so this is really awkward now.

Do you recall someone telling you that chartreuse is a magenta-pink color? So many others agree with you. But in reality, it’s a shade of green.

… is not what Forrest Gump (played by the amazing Tom Hanks) actually said. If you listen closely he says, “Life was like a box of chocolates.” We’re regretting all of those Instagram captions right about now …

“Mirror, Mirror on the Wall”

Nope, that wasn’t a line in Snow White either. In fact, the Wicked Queen says, “Magic mirror on the wall …” Yep, our childhood has been ruined too.

Honestly, this was the one that cut deep. Perhaps the most famous movie line in history wasn’t even said. All he really said was, “I am your father.”

Hate to burst your bubble again, but this memorable line was never said by Gandalf. Before his treacherous fall, you can clearly hear him saying “Fly, you fools!”

We don’t know what’s scarier: The fact that we remember Hannibal Lecter saying, “Hello, Clarice,” or the reality that all he said was, “Good morning.” Say what??

Oh, and your favorite song? The Mandela Effect is here to ruin that too. We all think of Freddie Mercury belting out, “of the world!” at the end of “We Are the Champions,” but it.never.happened.

The correct answer is 50, obviously, but some (Americans and foreigners alike) recall learning that there were 51 or 52.

This one is perhaps the most bizarre of all. Several people can attest that they distinctly remember seeing the comedian in a movie called Shazaam. Many argue they’re confusing this memory with the movie Kazaam, starring Shaquille O’Neal as a genie. But who really knows.