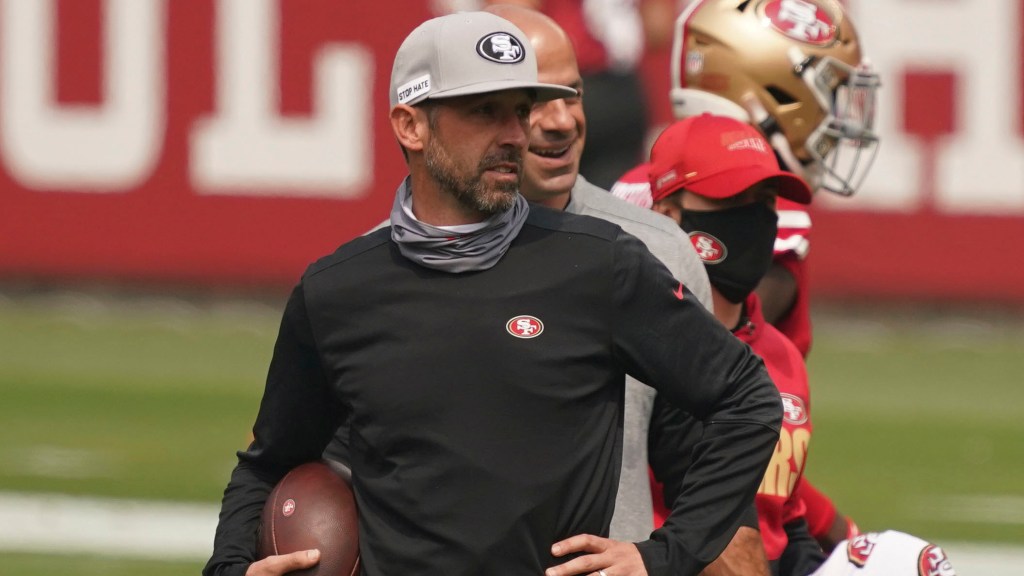 I’m sure — I hope — Kyle Shanahan had a good laugh over this one.

Yes, it was dark. Yes, NFL fans made so many jokes. And also, on Friday, he did say — per Pro Football Talk — that he “hated how that came off” and he explained what he was actually trying to do there with this quote:

“That was between me and that guy, had nothing to do with Jimmy when I said, I didn’t know if we’d be alive on Sunday. I was just trying not to get my typical answer of, ‘Guys, anybody can be traded if you get a bunch of ones, John should trade me, and I shouldn’t be here on Sunday.’”

But he should have no regrets, because of what resulted because of the quote. According to NFL Network’s Mike Garafolo, Niners players called Shanahan on Sunday with a specific message:

This is tremendous. I’m told a group of #49ers players called Kyle Shanahan today to let him know they survived until Sunday. So good.