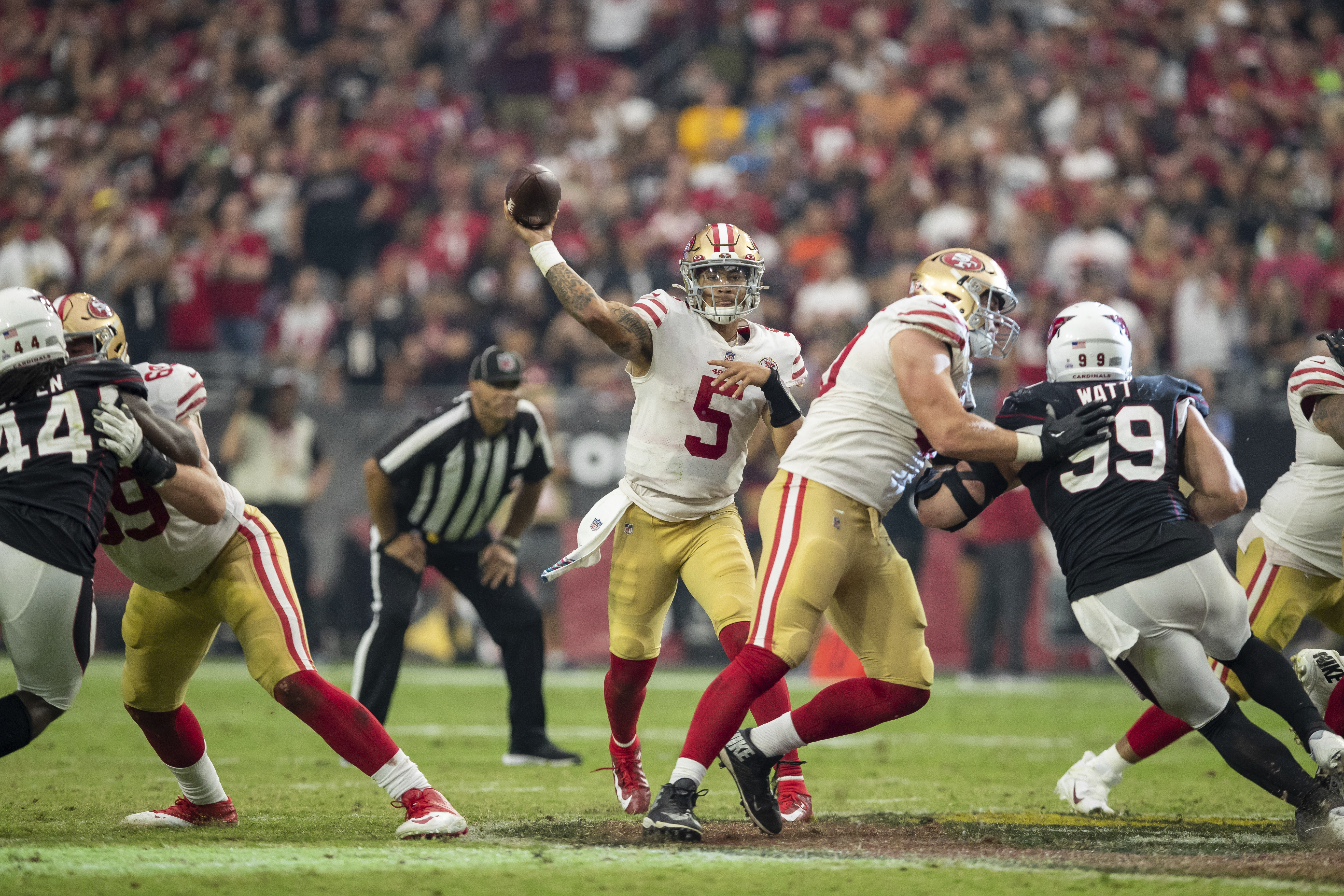 Trey Lance’s time in San Francisco may be coming sooner than the organization or Jimmy Garoppolo originally hoped.

Ian Rapoport of NFL Network reported the 49ers will install Lance as their starting quarterback if the team continues to struggle. San Francisco has dropped four straight games, and Garoppolo has not looked strong when he’s been on the field this season.

The veteran has thrown for 1,106 yards and six touchdowns against four interceptions in five games. He’s coming off a ghastly outing against the Indianapolis Colts, turning the ball over three times and posting a QBR of 7.7 in the 49ers’ 30-18 loss. Garoppolo’s 37.9 QBR ranks 28th among qualifying quarterbacks for the season.

“We didn’t go into that game thinking that Jimmy was one bad game away from losing his job or anything like that,” coach Kyle Shanahan told reporters. “I definitely thought he could have played better, but that was not a game where, ‘Hey, if Jimmy has one bad game, he’s losing his job.’ We know Trey is the future here, and we’re trying to do what’s best for him and for our team.”

Lance started Week 5’s game against the Arizona Cardinals in place of an injured Garoppolo and looked very much like a quarterback in need of seasoning. The North Dakota State product threw for 192 yards and one interception while adding 89 rushing yards. He’s thrown for 354 yards and three scores against one pick overall this season.

The immediate future of the 49ers’ quarterback position is dependent on how they fare in upcoming games. Few expected them to be sitting 2-4 heading into Week 8—especially after a 2-0 start. Shanahan has started to receive criticism for his middling record as a head coach, and it’s clear Garoppolo is not a long-term answer.

If things continue to go awry, Lance will take over sooner than later.