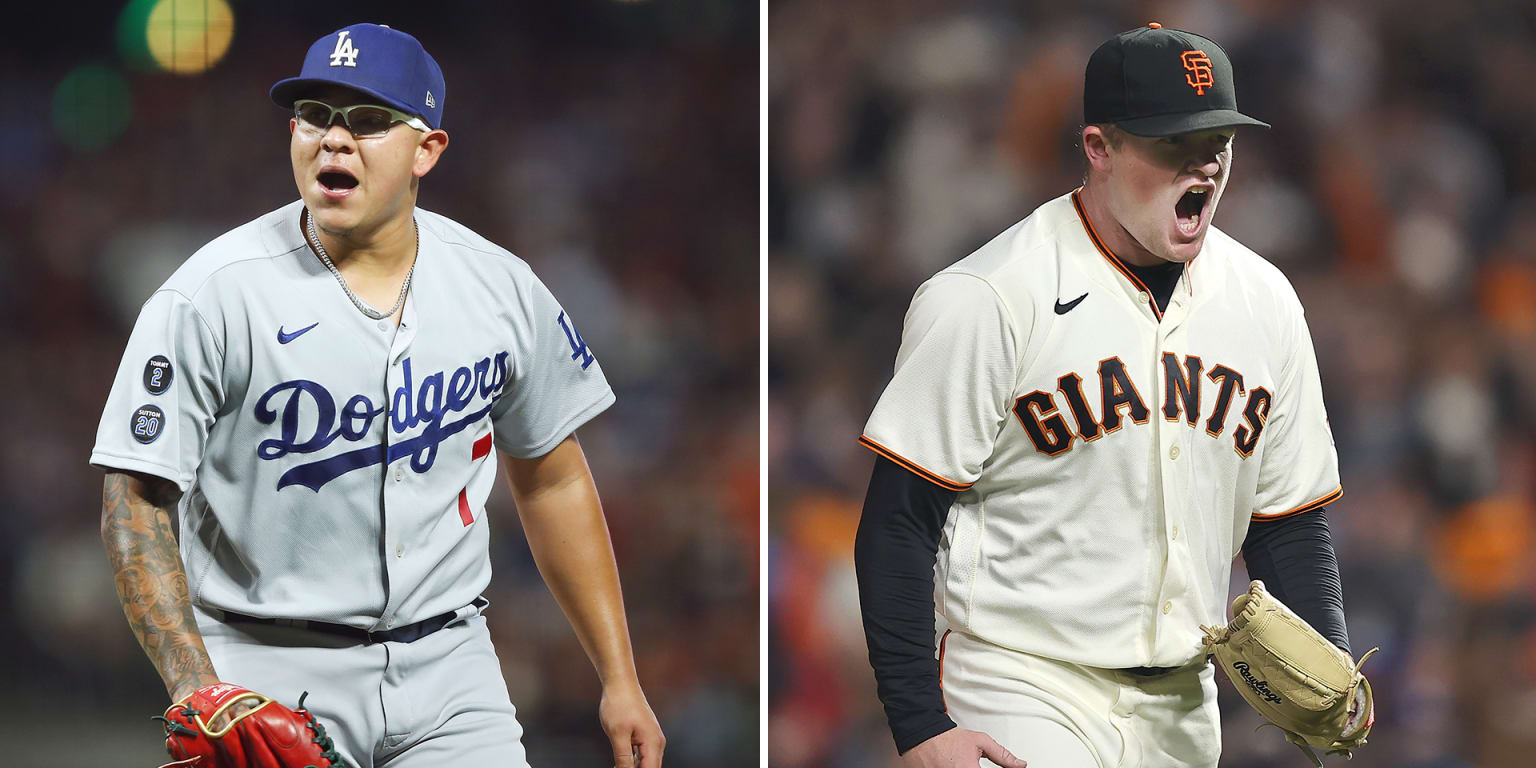 SAN FRANCISCO — Of course it was going to end like this.

The Giants and Dodgers staged an NL West race for the ages, then split four games in the National League Division Series, setting up a winner-take-all showdown at Oracle Park on Thursday night.

“We knew it was going to come down to a Game 5,” said Giants right-hander Logan Webb, who takes the ball opposite Dodgers lefty Julio Urías.

And so it has. The Giants and Dodgers, sitting on 109 wins apiece, will play one game to decide their 2021 fortunes.

Here’s how it will be decided:

1. Which manager gets it right with his starting pitcher?
It’s a decidedly unique circumstance, a Game 5. No game the day before. No game the next day. It’s winner-take-all, so every pitcher is available.

The pitching matchup is a doozy. The Giants have won 11 of Webb’s last 12 starts. The Dodgers, meanwhile, have won each of Urias’ last 12 starts. No doubt, these are two excellent pitchers.

But these are also two excellent pitching staffs. That’ll leave Kapler and Dodgers manager Dave Roberts with some serious decisions to make. Surely, there will be an opportunity to pinch-hit for one of those two in the early innings in a high-leverage spot. Surely, there will be a matchup that might better suit a reliever in the middle innings.

2. Can the Dodgers not chase?
The Dodgers have built a reputation over the past decade as one of the sport’s most disciplined offensive teams. They weren’t in Game 1. Here’s a look at the 21 times Los Angeles hitters whiffed against Webb:

Webb got swings and misses with 52% of his changeups and 54% of his sliders. In total, he got 19 whiffs with his two offspeed weapons, and only eight of those were on pitches that ended up in the strike zone.

“You want your hitters to be aggressive,” Roberts said. “But to their zones. When we start expanding, Logan is an east-west guy, trying to get us to expand. If we can stay locked in on our zone, that’s when we’re at our best.”

If the Dodgers lay off those pitches, it’ll be a different story in Game 5. Easier said than done.

3. Can the Giants solve their woes vs. LHP?
“You can expect the guys that we normally have against quality left-handed starters in our lineup tomorrow,” Kapler said. “I mean, there’s some ordering stuff and some positioning stuff that we always have to work through, but I don’t anticipate any big surprises.”

Fair enough. The Giants won a lot of games this season using this blueprint. They aren’t going to shake it up.

That said, they haven’t been as effective against left-handed pitching — especially lately. Since the All-Star break, the Giants are 11-11 vs. left-handed starters (compared with a 39-12 mark vs. righties).

At the Trade Deadline, they went out and acquired Kris Bryant in an effort to help solve those issues. Instead, Bryant has actually been much better against righties with San Francisco.

As left-handed challenges go, Urías is a particularly tough one for the Giants’ righty-heavy lineup. He’s limited right-handed hitters to a .605 OPS this season. Can the Giants break through against a tough left-hander? Kapler thinks so.

“The capability is all there,” he said. “The at-bat quality has been there. Sometimes it doesn’t show up in the box score.”

“It’s highly unlikely,” Roberts said. “The goal is still to win the World Series, and having Max starting Game 1 in the NLCS — if we get there — increases that chance. But obviously, I’m not immune to the fact that you don’t get there unless you win Game 5.”

Whatever Roberts has to say on the subject, Kapler is choosing not to listen.

Indeed. The Dodgers would prefer to avoid Scherzer. But in winner-take-all baseball, sometimes the best-laid plans get scrapped.

For the Giants, Game 2 starter Kevin Gausman and perhaps even Game 3 starter Alex Wood are on the table. Wood, of course, has an extensive history of working out of the bullpen in the postseason and he could be a useful left-handed arm for Kapler to deploy.

So here we are, settling this score at Oracle Park and not Dodger Stadium. What, if anything, does that home-field advantage mean?

“You can feel that support,” Kapler said. “It’s meaningful. It changes the energy and it boosts confidence and gives you adrenaline, and we’ve all been talking all year about how some of that adrenaline can be used and channeled to good performance. So yeah, I think it means something.”

Here’s a tangible “something” it means: The Dodgers are going to start neophyte outfielder Gavin Lux, because he’s been red-hot. But they aren’t entirely sure where to play him. Dodger Stadium would’ve been familiar. Oracle Park, meanwhile, is one of the trickiest outfields in baseball.

As for the Dodgers’ readiness to handle an atmosphere like this one? Well, it’s not the first time. This is their ninth straight trip to the postseason, after all.

“I like the way that our guys have been there,” Roberts said. “The emotions that we’ll be able to manage, I think is great. I love our players. Now, I think it’s just going out there and executing a plan offensively, preventing runs — from Julio to the guys behind him — and doing enough to win a ball game.

“It’s fun that all we’ve gone through, both sides, comes down to one game.”