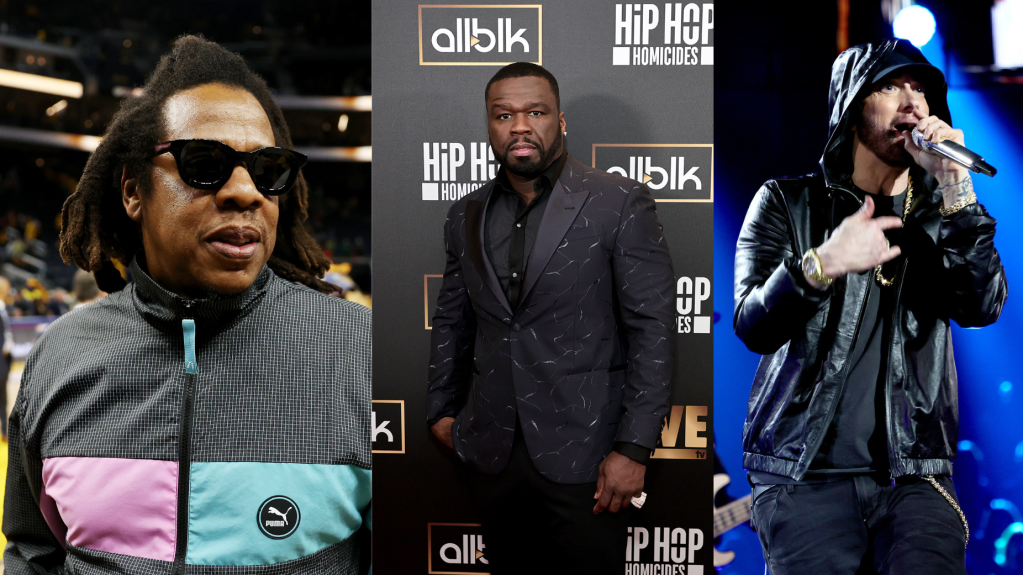 Jamal Crawford, in the midst of making a basketball analogy, recently said that Jay-Z’s impact on Hip-Hop is bigger than Eminem’s record-breaking album sales. 50 Cent has now stepped up to counter J Crossover’s statement, calling it “bullsh*t.”

The Hip-Hop Wolf Instagram page shared a clip of the former NBA player’s appearance on Shaquille Oneal’s The Big Podcast on Friday (Jan. 20.) The 42-year-old was discussing his top five NBA players, and how he values dominance over statistics when ranking them, which Shaq initially disagreed with.

That is where he brought in Hov and Marshall Mathers as a reference point, stating that the Roc Nation founder’s impact supersedes the 50-year-old’s commercial success. Crawford was able to change Diesel’s perspective a bit, as the NBA analyst later replied with “That’s a good point.”

The G-Unit leader entered The Hip-Hop Wolf’s comment section on Sunday (Jan. 22) and simply said “ha bullsh*t” with a sneezing emoji. Several users followed up Fif’s comments, either with laughs or counters that he ultimately did not reply to.

This is far from the first time 50 Cent has supported the idea that the Detroit rapper is impactful. In an October 2022 interview with Hot 97’s Ebro In The Morning, he said that the “Rap God” artist doesn’t get the credit he deserves. “I think part of Eminem’s legacy is the growth of our culture. People wouldn’t buy it if they didn’t see where they fit into it. And he’s there and he’s a legitimate artist because of his journey,” the “In Da Club” rapper said.

He continued with a reference to Slim Shady’s lead role in the 2002 film 8 Mile. “When you look at 8 Mile, you’re seeing a Black story with a white lead. You seeing poverty, you’re seeing [similar] circumstances. Look at his friends Proof and D-12 and everybody: these are real Hip-Hop guys. Which is why he’s a real Hip-Hop guy.”