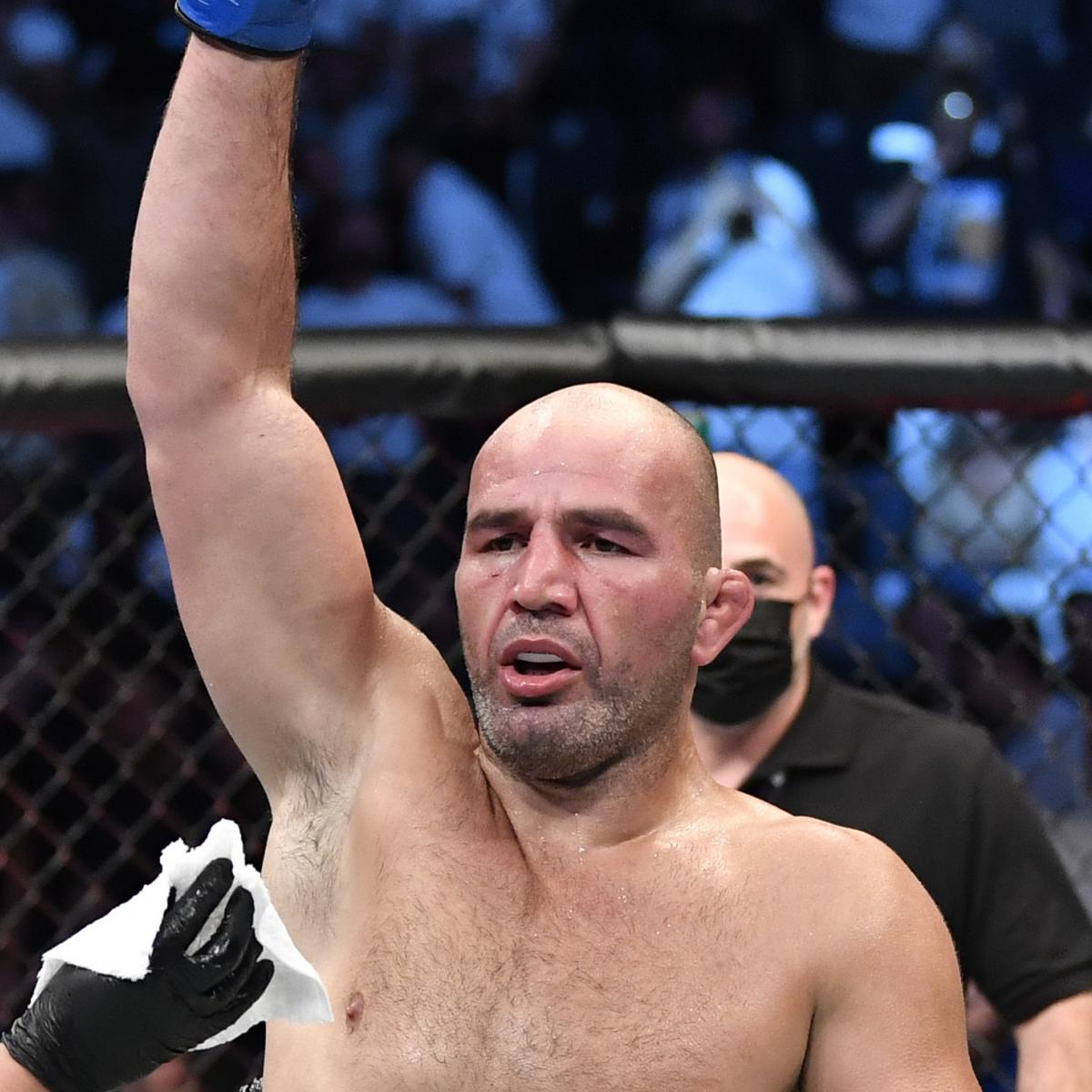 UFC 267 went down on Saturday, and because it emanated from Fight Island in Abu Dhabi, it aired during the day in North America.

What a day of fights it turned out to be.

In the UFC 267 co-main event, the bantamweight division got a dose of clarity, as Petr Yan and Cory Sandhagen battled for the interim title. After five thrilling rounds, Russia’s Yan was named the victor by unanimous decision, beginning his second reign as a UFC champion.

It was a card that lived up to all of the pre-fight hype and, better still, opened the door to a number of compelling matchups. Here are six we’re hoping to see once the dust has settled.

It’s impossible not to be excited about Glover Teixeira’s light heavyweight title-winning submission of Jan Blachowicz in the UFC 267 main event. The man became a champion for the first time ever at 42 years old! It was a beautiful moment in a sport that all too often shows its ugly side.

Unfortunately, the sunshine and rainbows end now for Teixeira. As the new light heavyweight champion, he’ll soon need to begin readying himself for a long list of lethal challengers, the first of whom should be Czech knockout artist Jiri Prochazka.

Prochazka, a former Rizin champ, is now 2-0 in the UFC with a pair of knockout wins over Volkan Oezdemir and Dominick Reyes. He’ll most likely be a huge favorite against Teixeira, whenever the fight ends up happening.

At this point, of course, we should know better than to count the 42-year-old champion out.

Just when it was starting to look like Jan Blachowicz would hang on to the UFC light heavyweight title for a while, it all came crashing down. The Polish champ was submitted by Glover Teixeira in the UFC 267 main event, relinquishing his belt in the process.

It was a tough blow for the 38-year-old, but he doesn’t seem deterred.

“This is not the end of the story,” he said in his post-fight interview with Daniel Cormier.

Blachowicz should continue penning his story against Switzerland’s Volkan Oezdemir, who was also in action at UFC 267. Oezdemir came up short against Magomed Ankalaev in the first bout of the main card. He’s now on a two-fight skid and, like the former champ, will be looking to get back on track with a win over a respected name.

Pit these two European knockout artists against each other on a pay-per-view main card on Fight Island.

Petr Yan is once again a UFC champion.

The Russian star lost the bantamweight belt back in March after being disqualified for hitting Aljamain Sterling with an illegal knee. In the UFC 267 co-main event, he took a big step toward erasing that ugly memory, capturing the interim bantamweight belt with a hard-fought unanimous-decision win over Cory Sandhagen.

While Sterling is still technically the bantamweight division’s undisputed champion, many fans consider Yan the true king at 135 pounds. Thankfully, there’s an easy way to clear this whole, confusing mess up: a rematch.

Sterling was actually supposed to meet Yan at UFC 267, but he was forced off the card with a neck injury and replaced by Sandhagen. The undisputed champ is still on the mend from that injury, but once he’s recovered, it’s time for him to run it back with his Russian rival.

If Sterling isn’t able to accept the fight in a reasonable amount of time, the UFC might as well promote Yan to undisputed status.

Islam Makhachev has long been hailed as the Second Coming of Khabib Nurmagomedov. After UFC 267, he finally has a victory over a Top 10 foe with which to begin justifying those claims. Makhachev was the picture of dominance on the event’s main card, walking through short-notice replacement Dan Hooker en route to a first-round submission victory because of a kimura.

In his post-fight interview with commentator Daniel Cormier—his long-time friend and training partner—Makhachev called for a crack at the winner of the upcoming UFC 269 title fight between champion Charles Oliveira and challenger Dustin Poirier. His current nine-fight win streak makes the call worthy of consideration, but the fact that he’s still only beaten one Top 10 foe is impossible to ignore. He just hasn’t done as much as several other contenders, such as Justin Gaethje, who will battle Michael Chandler at UFC 268.

As such, we’d like to see Makhachev matched up with surging, No. 3-ranked contender Beneil Dariush. Dariush is currently on a seven-fight streak, highlighted by wins over Tony Ferguson and Diego Ferreira. He’s been enjoying some time off, but he should be ready to fight again soon.

Hopefully, it’s Makhachev who welcomes him back.

By the end of 2020, Khamzat Chimaev was the hottest prospect in all of MMA, but after he endured a string of COVID-19-related health issues and briefly flirted with retirement, there were some understandable questions about how he’d look against Li Jingliang on the UFC 267 main card.

He answered those questions emphatically, dragging Li, the No. 11-ranked welterweight, into a brutal, grappling hell and putting him to sleep with a rear-naked choke—all without absorbing a single strike himself.

After UFC 267, the Khamzat Chimaev hype train is firmly back on the rails, and it seems inevitable that it will carry him to a station somewhere inside the welterweight Top 10. We’re hoping he makes a stop at No. 5 for a fight with former welterweight title challenger Stephen “Wonderboy” Thompson.

Ordinarily, it would be laughable to suggest a fighter go from fighting unranked foes to a fight with a Top Five foe in the span of three fights, but there’s nothing ordinary about Chimaev. As the whole world now seems to recognize, he’s a special talent deserving of special opportunities.

It’s high time he received a shot at a Top Five foe. From here, we’re hoping to see the surging Russian matched up with another former title challenger in Anthony Smith. Smith looked like he was fading a bit when he lost back-to-back fights to Glover Teixeira and Aleksandar Rakic in 2020, but he has since reaffirmed himself as one of the division’s top dogs with consecutive stoppage wins over a trio of fringe contenders: Devin Clark, Jimmy Crute and Ryan Spann.

The fight makes a lot of sense, given that both Ankalaev and Smith both seem to be a few steps behind fighters like Jiri Prochazka and Aleksandar Rakic in the race to a title shot.