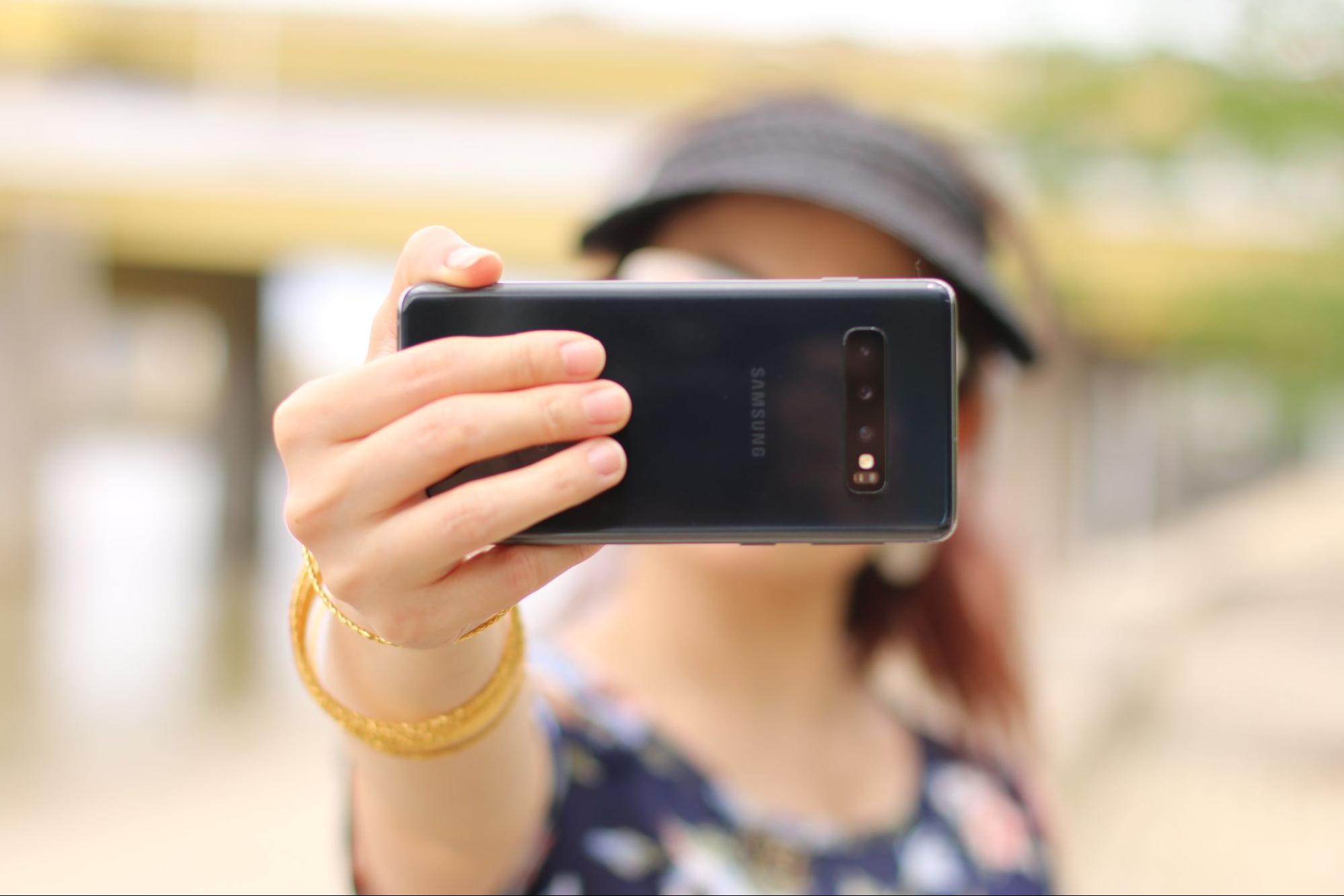 Becoming a Creator is a passion project for many. One key challenge is the amount of time and effort it takes—time that more and more people simply don’t have. A report from the US Census shows that the amount of individuals with two or more jobs is growing steadily and shows no signs of stopping. Of that, an estimated 27% of income is from additional jobs, indicating that these aren’t just fun paid hobbies. Rather, people are relying on this income.

Above Photo by Cristina Zaragoza on Unsplash

But what if you could combine your passion with your need for additional income? For many people whose second job is a low-pay, low-fun experience (looking at you, fast food industry), the appeal of getting paid to be a creator is tantalizing. It’s not a new idea, and the stats show just how big the opportunities are. From a Mediakix report on Youtube statistics, here are a few enlightening figures. YouTube has spent over $2 billion on creator revenue as of 2018. Before you think they are generous, they captured $3.3 billion in ad revenue just that year. However the number of five- and six-figure earners on the platform continues to rise, showing that more creators are earning more income. While few can claim “Creator” as their only job title, the reality is that following your passion and earning income is becoming more and more achievable.

To give you an advantage, we explore seven different ways you can make money as a creator. Several you have no doubt heard of, but we are confident that there are at least one or two methods that will spark your creativity, give you a solid direction, and get your content out there for the world to experience.

Current Options
Create Videos for YouTube, TikTok, etc.
We won’t spend much time on this option, mainly because this shouldn’t be news to anyone. In the census study mentioned above, a whopping 75% of children said they wanted to be a YouTube star as a career. That said, for many content creators on YouTube, TikTok, and other mainstream video platforms, some of the downsides for creators are starting to shine through. While nearly every subject is fair game, some content providers who cover sensitive subjects, even if done to educate and inform, can be demonetized or heavily censored. Other issues can be political at a grand scale, such as TikTok being banned from the massive India market. That said, for those very few who can make it big, there’s no bigger audience (at least at this point) than YouTube and TikTok.

Create Photos for Instagram, etc.
Another big name, but primarily for photos, is Instagram. Influencers use the platform to show off, provide interesting insights, or just entertain through their photos. The potential for a huge following is almost as big as the competition however, and very few Instagrammers can make a full career out of sharing their photos with followers. That said, using external sponsors once you have a critical threshold of subscribers, can create a decent revenue stream for those that work hard at managing their followers’ tastes well enough to keep them wanting more.

Create (Almost) Anything for Your DIY Webstore

An open ended, sky-is-the-limit approach would be to create your content and sell it directly on your own website. This allows for endless freedom, zero censorship assuming what you sell is legal, creates the opportunity for an artist/influencer to sell a wide variety of merchandise (both physical and digital). The downside? If you are your own platform, then you have to work to attract every single follower to your site. Without the benefit of being a member on a large platform, there aren’t any tools for users to browse their way to your content. Many popular creators build up their fanbase, and only then attempt to build up a website to sell merchandise. For the vast majority of creators, they simply don’t have a big enough fan base to successfully launch a webstore on their own.

Use a Subscription Service (Patreon, Locals) to Squeeze More Out of Your Content

Similar to the webstore, the subscription services such as Patreon and Locals can be very beneficial to already popular creators, but simply don’t work for those with a modest following. The advantage for those with a big enough following is that creators can develop more of a tight-knit community feel, with subscribers choosing a certain amount to donate each month, and if the creator chooses to, they can set up additional perks (merchandise, shout outs, etc.) when people donate above certain thresholds.

While the standard options work very well for a very small number of creators, they don’t offer much for the majority. Simply put, the business models set aside a large amount of revenue for the platform, passing on a small percent to the creators. Thankfully, there is a clear path to evolving past this model and giving more to creators: Decentralization. This type of model has been nearly impossible until very recently, but a few blockchain platforms are showing what the future looks like for creators.

Create Videos for Chingari, Interact Directly with Your Fans

No other social platform has developed itself specifically for creators. Instead of the platform dictating terms, advertisement choices, and potential censorship, Chingari is set up to connect its short form video creators with their followers and with advertisers directly. Using the platform’s crypto token, creators can set up their own webshops and allow their fans to pay tokens for interactions, such as subscribing, video calls, chatting, personal video messages, shout outs, tips, or other special requests. Creators also have use of the NFT marketplace, where they can turn their digital content (photos, video clips, etc.) into certified collectibles. Though Chingari is dubbed the “TikTok of India”, they’ve managed to combine their video platform with a seamless webshop and subscription service, all on a single platform.

Creaton has developed a unique model that mimics the subscription service, but allows creators to work directly with their subscribers. It can be used on its own, or for creators who have a primary platform but sell specialized material through Creator to paying subscribers. The blockchain platform uses two innovative features to benefit its creators. First, they use a smart contract so when users subscribe for content, they receive that content but cannot re-use it without permission. The content itself is encrypted (even from Creaton), and is essentially unlocked using the smart contract. The platform also hosts a “streaming payment” subscription model. Instead of users paying a certain amount once a month, the subscription cost streams out at a very small, constant rate using the platform’s tokens; this ensures that content creators are receiving the subscriptions continuously, and eliminates the spike users feel when a subscription cost is taken all at once from their account.

Source: Raiinmaker
Turning the advertising model upside down, Raiinmaker is a blockchain platform designed to cut out the advertiser directly, and instead give its marketing funds directly to users willing to spread the word about a given project. Those creators who have gained a following can especially benefit, because they can choose a Raiinmaker project they believe in, use their influence to spread the word (something they would have done anyway), and receive revenue for their efforts. For example, an upcoming project for Raiinmaker is teaming up with multimedia firm Cosmic Wire to develop six unique Banksy NFTs from the famous Spy Boot mural. The Raiinmaker campaign will spread the word, generate interest, sell the one-of-a-kind NFTs, and donate all profits to several climate change organizations. Creators can take part in this campaign by staking the platform tokens, using the app to spread the word to their followers, and the app will calculate their “Proof of Influence”, essentially how well they spread the word. For this campaign, $100,000 will be split amongst those users who participated, each getting rewarded a percentage based on their calculated Proof of Influence.

Wrapping Up
We are living in a Creator Culture, but that culture is ever-evolving. What we are seeing is the current generation of creator platforms starting to give way to the platforms of the future: blockchain-based, decentralized platforms that favor the creators and their communities. With the pioneers of social blockchain, we are already experiencing brand new avenues for creators and fans alike. It will be exciting to see what new opportunities are on the horizon.