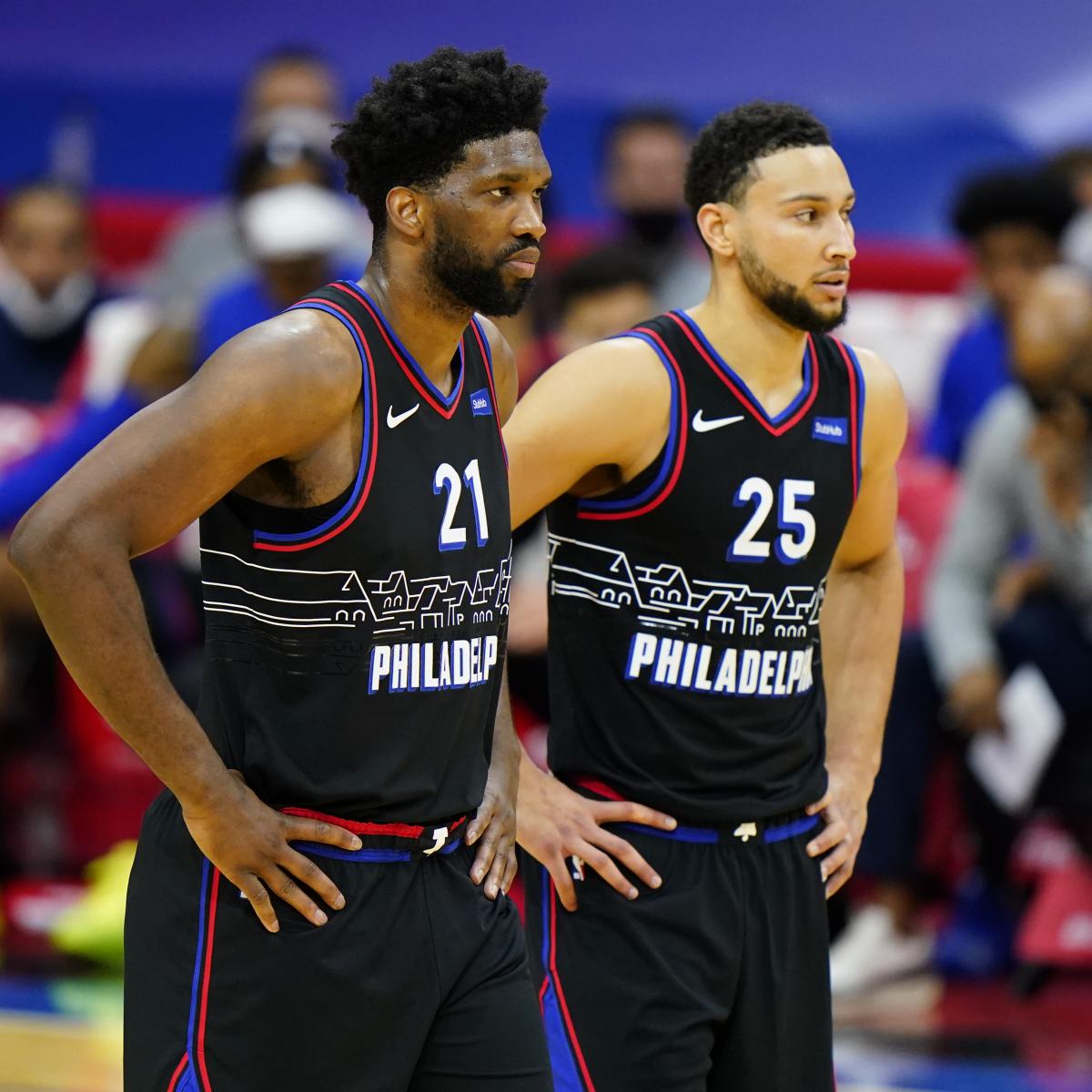 For being one of the most talked-about teams during the 2021 NBA offseason, the Philadelphia 76ers didn’t do much.

The possibility of a certain megadeal has, of course, been dissected from every angle, but there has been no movement on that front. That could change at any time, but until it does, Philly’s rotation is set to return almost completely intact.

It makes sense since this was the Eastern Conference’s top overall seed last season. However, this collection of championship-dreamers has yet to even escape the second round, so it’s fair to wonder whether the Sixers’ formula might be too flawed to work.

All of that said, the uncertain future of a certain All-Star looms largest over this organization, so we will examine that issue and more in this comprehensive guide to the upcoming campaign.

The Sixers came into the offseason without cap space, so free agency was never going to be much of a difference-maker.

They made their biggest splashes on the home front, keeping both Danny Green and Furkan Korkmaz while extending Joel Embiid. These were Philadelphia’s three key rotation players with contract questions, and the Sixers satisfied them all.

When they went outside the organization, they only made moves on the margins. Georges Niang and Andre Drummond arrived to fill the former roles of Mike Scott and Dwight Howard, respectively. George Hill and Anthony Tolliver weren’t retained.

The Sixers pulled a couple of players from draft night. Two theoretically have a chance to crack the rotation—Jaden Springer (pick No. 28) and Charles Bassey (No. 53)—but they are more likely to spend their seasons getting good runs in the G League and occasionally handling mop-up duty with the varsity squad.

Ben Simmons was the talk of the town this summer, not just in Philadelphia but across the basketball landscape. After crashing and burning in last season’s playoffs and getting thrown under the bus by his teammates and head coach, Simmons requested a trade and held out at the start of the preseason.

He is back in Philadelphia, though, and the Sixers reportedly remain hopeful he will rejoin the team and help it compete for a title, per B/R’s Jake Fischer. However, it’s unclear whether he will wear the uniform again. And even if he does, it might only be lift his trade value high enough for both him and the Sixers to get what they want.

The cloud above Simmons is among the biggest NBA stories going. He’s a 25-year-old star who will play a massive role whether or not he’s in Philly. If he is sent packing at some point, the Sixers will want players who can hit the ground sprinting and help Embiid compete for the crown.

Looking beyond Simmons, the sustainability of shooting strides made by Embiid and Tobias Harris are worth monitoring, as is the role for Seth Curry following his playoff breakout. Finally, a handful of young players could lift this club’s ceiling, with 2020 first-rounder Tyrese Maxey arguably the most likely after impressing as a rookie and packing an absurd amount of production into a pair of summer league contests.

In a typical NBA season, only a handful of teams have a realistic chance of winning it all. The Sixers are part of that exclusive club, largely due to Embiid’s two-way dominance but also the strong supporting cast around him.

Philly could win bigger than anyone. An MVP for Embiid and a championship for the franchise are legitimate possibilities. So is the first All-Star nod to Harris, Most Improved Player votes for Maxey and Curry and Coach of the Year honors for Doc Rivers. Incredibly, all of this could happen with or without Simmons, who might offer equal value on the court or in a trade.

Barring something catastrophic, the Sixers won’t be in danger of being sent to the play-in tournament, but this club could find itself falling out of the conference’s top four.

Embiid’s injury issues are well-documented, Simmons’ situation is uncomfortable and no one else on the roster qualifies as an established star. A first-round exit is as bad as it could get on the court, but away from it, Philly could do some long-term damage if it botches what still feels like an inevitable Simmons trade.