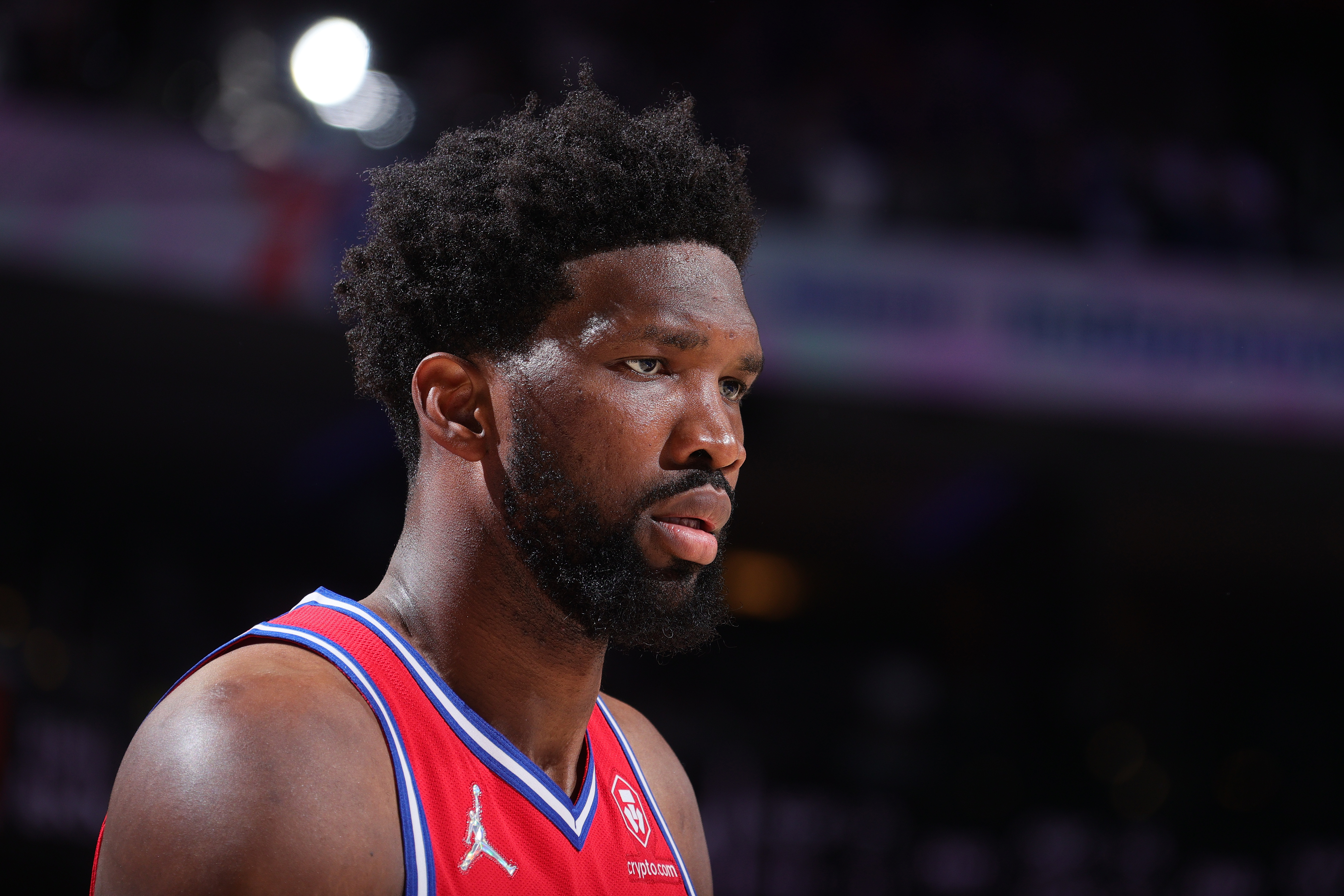 Per ESPN’s Ramona Shelburne, Embiid said he “couldn’t walk for two days” after the Sixers’ season-opening win over the New Orleans Pelicans on Oct. 20.

.@ramonashelburne on Joel Embiid playing through injuries (via NBA Today).

“He told me after this game in New Orleans, he couldn’t walk for two days.” 😳

In the 76ers’ game Tuesday night against the New York Knicks, Embiid scored only 14 points on 2-of-7 shooting and snagged six rebounds in 30 minutes.

Embiid overcame injury issues early in his career to establish himself as one of the NBA’s top players. He’s earned four consecutive All-Star selections and finished second in MVP voting last season behind only the Denver Nuggets’ Nikola Jokic.

The 27-year-old Cameroonian missed his first two NBA seasons because of foot injuries after the Sixers selected him with the third overall pick in the 2014 draft. He was then limited to 31 appearances in 2016-17 before suffering a season-ending knee injury.

Philadelphia has remained conservative with the superstar’s workload, giving him occasional rest games and not pushing him to play through minor ailments. That’s helped him stay on the floor with four straight seasons of at least 51 games played.

Andre Drummond should receive the lion’s share of the Sixers’ playing time at center whenever Embiid is sidelined. Rookie Charles Bassey and second-year forward Paul Reed could also be in line for some additional minutes.

The 76ers’ patience with Embiid has paid off in a major way given his individual production, but a championship run has been elusive. Having him healthy for the playoffs is the single most important factor if the Sixers are going to end a title drought that dates back to 1983.

Philadelphia is off Wednesday before hosting the Detroit Pistons on Thursday in the first game of a four-game homestand.