9 Outstanding Airbnb Cooking Classes That You Can Take Virtually 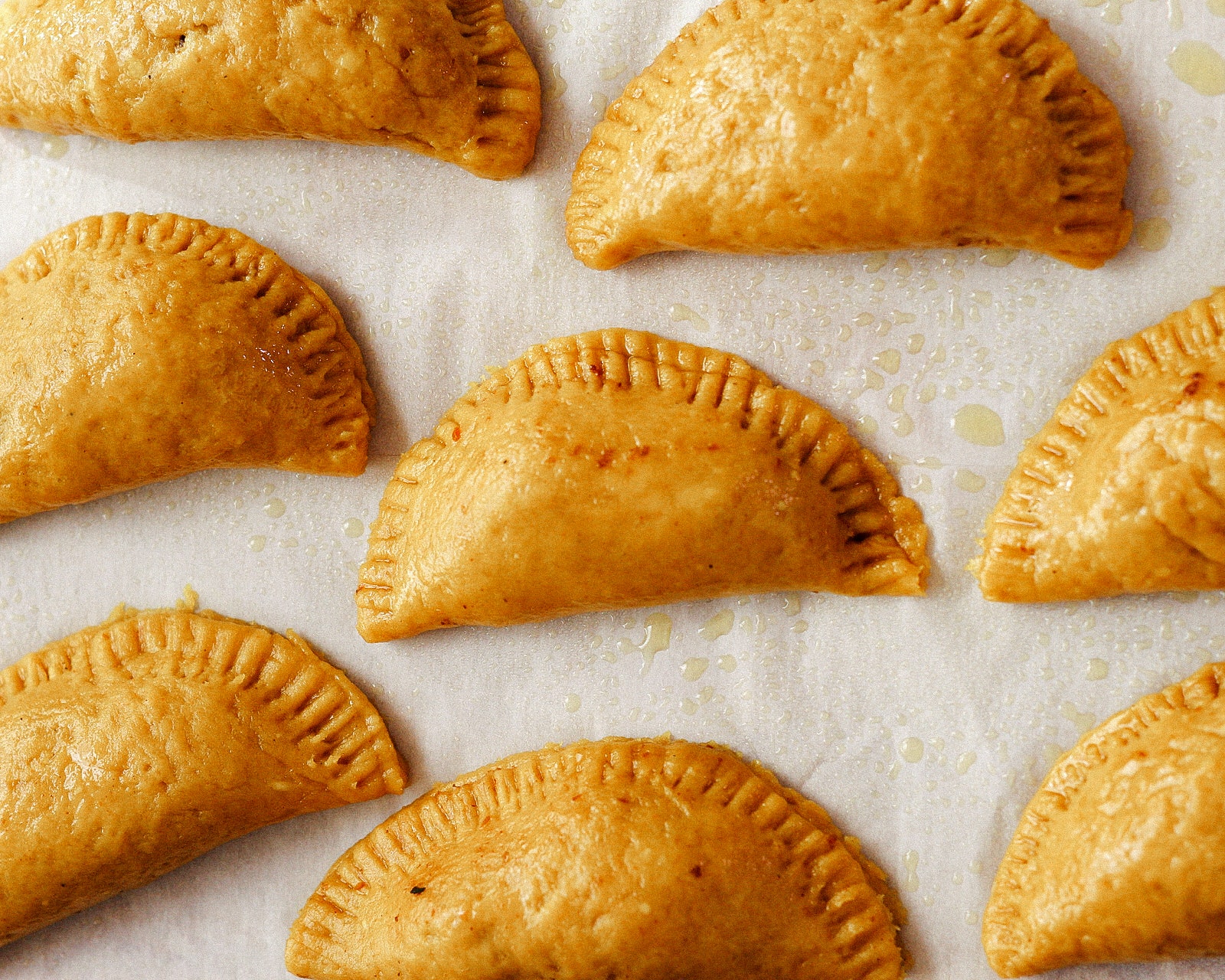 What do a couple of master home cooks from Montego Bay, an instructor at the Tokyo Sushi Academy, and the heir to a restaurant dynasty in New Delhi have in common? They all host virtual Airbnb cooking classes and can teach you how to create exciting new dishes from the comfort of your own kitchen.

As avid travelers hungry for local experiences, we would frequently book cooking classes through Airbnb in whatever country we were visiting. So when the world effectively shut down in 2020 due to the pandemic, putting our globetrotting on hold, we were delighted to find that the platform had brought all of those culinary experiences we loved online. And just like their IRL offerings, each class is designed and led by vetted hosts who are deeply knowledgeable about their local cuisines and cultures; easily bookable on the site’s platform, which allows you to filter by location, time, language, price, and number of people; and pretty affordable, starting at around $18 per person.

Since discovering the virtual classes, we’ve taken a handful. And whether they were taught by an Italian nonna with decades of experience or an off-duty restaurateur, each one was immersive, interactive, and well organized. Before the classes began, each instructor emailed us a list of equipment, ingredients, and prep tasks, which ensured seamless lessons every time. And at the end of the class, we’d have an ideal date night feast to enjoy from the comfort of our living room.

Take it from us: deciding which class to take is the only tricky part. So, from Poland’s iconic cheese and potato-stuffed pierogies to chewy chapatis from Kenya, we’ve combed through the 3,000-plus virtual Airbnb cooking classes to bring you nine that are all guaranteed to take your taste buds on a world tour—no passport necessary.

In this nearly two hour class—which takes a 15 minute “noodle dance” break at the halfway point—you’ll learn how to make Chinese hand-pulled noodles from a couple of bonafide chefs in Shanghai. Brenda and Lee will teach you how to make the wheat dough from scratch and then prepare the noodles in two ways—BiangBiang (broad, belt-like noodles) and Xinjiang Lamian (thin, strand-like noodles)—before dressing them in a hot and sour sauce. The flavors are bold in this class, and so are the vibes. Take it from this reviewer: “6 out of 5 stars!!!”

In this 75 minute class, Bruna, a proud Italian nonna, will teach you how to make ravioli and tiramisu. In addition to having spent decades cooking for her family, she also happens to be an alum of the Paul Bocuse Institute, a culinary school in France. While there, Bruna refined her family recipes—which are what you’ll find in her class. We took Bruna’s in-person course a few years back, and the online iteration was just as much of a blast. She virtually welcomed us to her home in Milan, breaking the ice with a couple of hilarious stories and a round of Aperol spritzes. Bruna then went on to run the class with clockwork efficiency. A reservoir of tips and techniques, she taught us the proper way to seal the ravioli without trapping air, and how to make the pasta sheets as thin as humanly possible. And by the end, we had plenty of pillowy-soft ravioli and decadently rich tiramisu to enjoy. Cin cin!

Test Your Masa Mettle with Tamales

Cooking tamales from scratch is a tall order, even for a seasoned home cook. But having chef Arturo at your side makes the task way less intimidating. When he isn’t head cheffing for a restaurant group in Mexico City, he’s hosting his two hour tamale tutorial on Airbnb. He’ll first guide you through the process of making masa dough and then the various filling options like chicken, pork, or vegetables. You’ll also learn how to make fresh salsa to serve alongside those steaming, corn husk-swathed delights. The class is popping, and so is the food. “These were, without a doubt, the best tamales I have ever eaten,” wrote one reviewer.

Every Sunday, Montego Bay-based home cooks Latoya and Delroy teach a one hour cooking class on the signature Jamaican patty. They’ll walk you through the basics of making the classic flaky pastry as well as the deeply savory beef filling it encloses, interspersing history and cultural storytelling along the way. And, compared with an in-person class, we had full control over making ingredient substitutions to suit our vegan dietary preference. (We used a couple of Impossible burgers instead of beef.) But it was Latoya and Delroy’s personal touches that set their class apart. Even though we had just met them, our hour together felt like hanging out in the kitchen with old friends. We cooked, we ate, and at the end of the class, they sent us a playlist of reggae jams, along with 50 Jamaican recipes. If patties aren’t your speed, choose from 11 other Jamaican dishes—like ackee and saltfish or banana porridge—that Latoya and Delroy teach throughout the week.

In this 90 minute class, you’ll learn how to make not one but three Kenyan dishes. Josephine, a talented home cook from Nairobi, teaches various menus throughout the week. The one that really caught our fancy was her class on chewy chapatis; aromatic beef, chicken, or vegetable curry; and ugali with steamed cabbage. A fervent believer that the best meals are the ones you make for yourself, Josephine has shared her treasured family recipes with 7,000 students and counting. “We had the most amazing evening with Josephine,” one recent reviewer wrote. “Our chapatis were absolutely delicious. We took so much inspiration from Josephine’s class, that we are still talking about our experience days later.”

Team building exercises used to involve gathering in violently lit fluorescent rooms, sipping Folgers, and ‘trust-falling’ into the arms of your colleagues. Now, thanks to the miracle of online conferencing, you can learn to stuff samosas with your coworkers instead. According to the reviews, host Jd’s 75 minute class, which he teaches from his home in New Delhi, has been attended by teams from Google, Tesla, Apple, and Facebook. His family has been in the restaurant business for three generations, and he’s taught over 6,000 Airbnbers how to make his potato samosas with vibrant cilantro chutney. We also loved that he offered various substitutions—like air-frying instead of deep frying—to accommodate all sorts of kitchens.

Kazari maki, which translates to ‘decorative roll,’ is where art meets sushi. In this hour-long class, Aya—an instructor at the Tokyo Sushi Academy—will teach you how to make Instagrammable sushi that resembles Renaissance-era stained glass. The rolls are mind-blowingly gorgeous and delicious, with the tamago and pickled-vegetable fillings forming flowers and stars. Awarded the 2020 Certificate of Excellence on TripAdvisor, Aya has instructed over 4,000 students on creating these edible canvases. We love any kind of art you get to eat afterwards.

Train with a Turkish Chef

Istanbul is a street food-lover’s paradise, and lahmacun—cracker-thin flatbread topped with a layer of spicy ground meat—is one of the ancient city’s most quintessential bites. From her home in Turkey, chef Fatma shares her family’s kitchen secrets with her virtual pupils. This was an experience we personally found authentic and rewarding in spite of the screen separating us, mostly because of chef Fatma’s warm and engaging personality and patience. In 90 minutes, Fatma walked us through the steps of making the crispy crust, the meaty topping, and herby garnish. Per the class description, her lahmacun recipe is also easily adaptable to a vegetarian, vegan, or gluten-free diet. (For a vegan variation, we used a zesty, sumac-laced herb garnish to top our flatbread instead of the meat.) At the end, the food was delicious and the conversation delightful, and each bite transported us back to Turkey, where we spent our honeymoon.

Pile Your Plate High with Pierogies

Streaming from their home in Kraków and wearing traditional garb, Monika and Tomasz will acquaint you with their grandmother’s recipe for Poland’s favorite stuffed dumpling: the pierogi. In addition to preparing and rolling the stretchy dough, in this 90 minute class you’ll learn how to make the classic potato, white farmer’s cheese, and fried onion filling. But this is more than just a cooking class; it’s an invitation to chill, too. Like the great hosts they are, Monika and Tomasz encourage you to have a drink—preferably Polish vodka—while you cook. The entire class is a deep digital dive into the culture with a pinch of folk tradition, a dash of food history, and a sprinkle of Polish idioms.