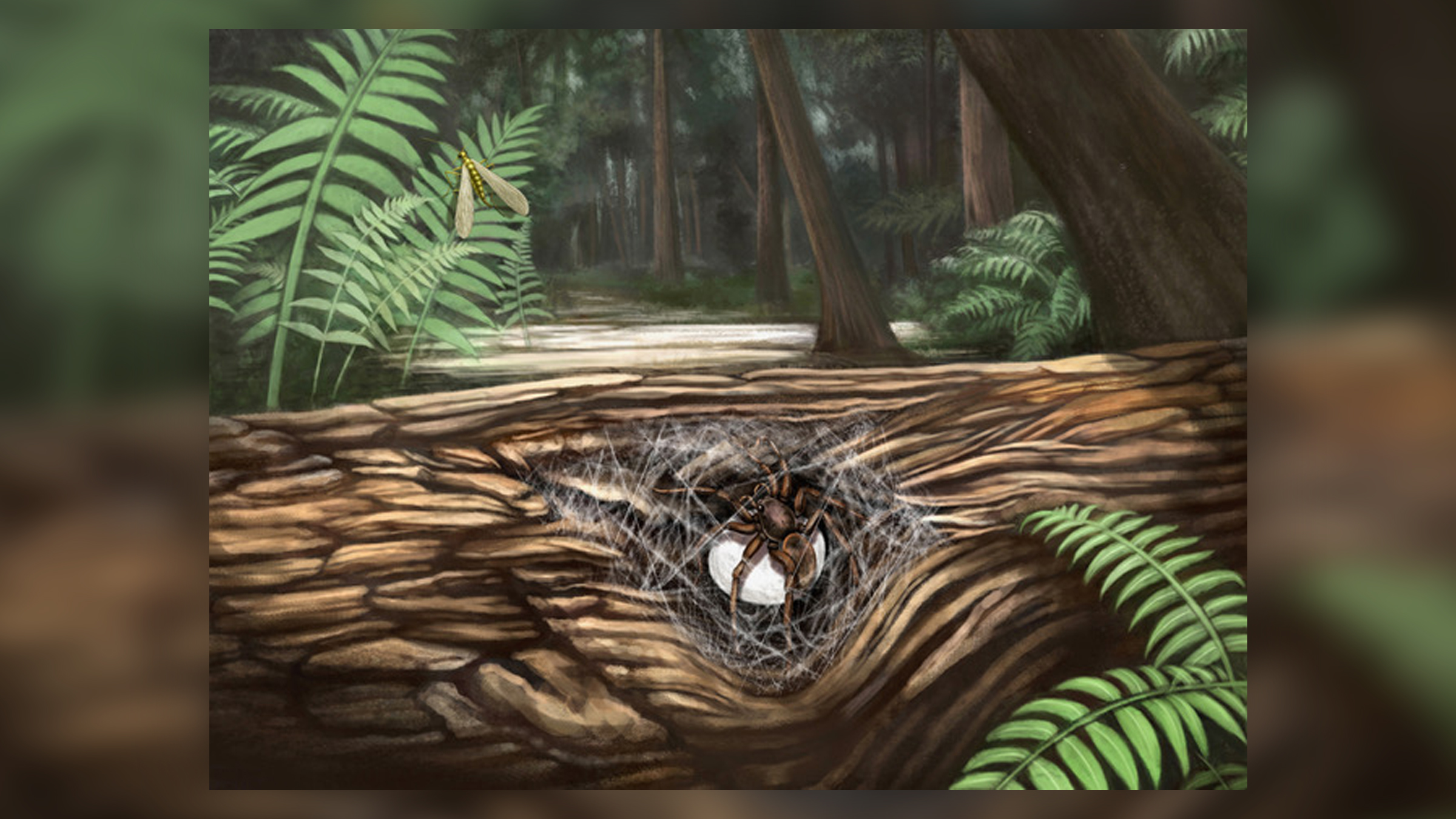 Big-eyed spiders were likely guarding their egg sacs and possibly caring for already hatched spiderlings when they were trapped in sticky tree resin some 99 million years ago. That resin hardened, locking up those arachnid mamas in four chunks of amber recently mined in Myanmar, and now considered the oldest evidence of maternal care in spiders, researchers say.

Although the finding isn’t unexpected, given that many spider mothers care for their offspring nowadays, “it’s lovely to have actual physical evidence through these little snapshots in the fossil record,” study co-researcher Paul Selden, a distinguished professor emeritus of the Department of Geology at the University of Kansas, told Live Science.

Related: 10 animal mothers that carry babies on their backs

Of the four amber chunks, the most extraordinary is a piece holding a large female spider with part of an egg sac under her, Selden said. This spider’s facial appendages, spineless legs and trichobothria, or “sensing hairs,” indicate that she is a member of the Lagonomegopidae family, a now-extinct group of spiders that lived in the Northern Hemisphere during the Cretaceous period (145 million to 66 million years ago). The mother’s protective stance over her egg sac is suggestive of maternal care, Selden said.

“The female holding onto an egg sac with little tiny spiderlings inside — that’s exactly the position that you would find female spiders guarding their eggs,” which may have also helped to keep the eggs warm, Selden told Live Science. “So, it really is a typical female spider behavior caught in an instant by this fossilization process.”

The amber even preserved the silk thread that wrapped the spider’s eggs together. Some scientists think that spiders originally used silk to bundle their eggs together, and then later used it for other purposes, such as webs, Selden noted.

The other three specimens hold spiderlings — one with 24, another with 26 and a third with 34 hatchlings — as well as a few silk spider threads, some arthropod legs and a wasp. It’s likely that each piece contains a unique group of spiderling siblings, as the hatchlings in each specimen are about the same size. They also have Lagonomegopidae features, including two large eyes at the front of the head, much like jumping spiders today, the researchers said. These large eyes indicate the lagonomegopid spiders were likely free hunters rather than web builders, as web-building spiders typically have poor vision.

One of the amber specimens with hatchlings contains spider silk entwining pieces of detritus, which may have been part of a nest that the mother built to guard her egg sac. This suggests that the hatchlings stayed with their mom in the nest after hatching, rather than immediately dispersing, the researchers said.

However, these spiders met a sticky end when they became trapped in tree resin, which eventually hardened into amber. The hatchlings likely died soon after they emerged from their eggs, and some of the arthropod appendages preserved next to them might be their mothers’ legs, the researchers said.

The four amber pieces were mined in Tanai, a village in northern Myanmar before 2017, when the armed forces of Myanmar, known as the Tatmadaw, seized control of the country’s amber mines and began pocketing the profits. Scientists are heavily discouraged from studying amber fossils mined after the takeover, to avoid funding the Tatmadaw, who took over the entire country of Myanmar (not just the mines) in a military coup in February 2021, according to a letter from the Society of Vertebrate Paleontology.

The four amber specimens are now housed at the Key Laboratory of Insect Evolution and Environmental Changes, at the College of Life Sciences at Capital Normal University in Beijing, China, where study co-researcher Dong Ren is a curator.

The study will be published online Wednesday (Sept. 15) in the journal Proceedings of the Royal Society B: Biological Sciences.

Laura is an editor at Live Science. She edits Life’s Little Mysteries and reports on general science, including archaeology and animals. Her work has appeared in The New York Times, Scholastic, Popular Science and Spectrum, a site on autism research. She has won multiple awards from the Society of Professional Journalists and the Washington Newspaper Publishers Association for her reporting at a weekly newspaper near Seattle. Laura holds a bachelor’s degree in English literature and psychology from Washington University in St. Louis and an advanced certificate in science writing from NYU.