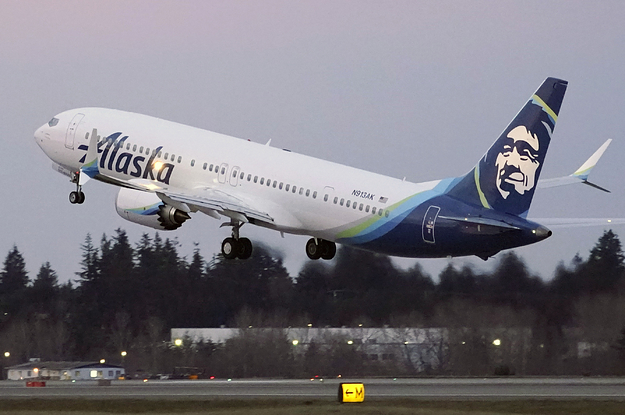 A former chief technical pilot for Boeing is facing federal charges for allegedly lying to the Federal Aviation Administration during its evaluation of the company’s 737 Max airliners, which were grounded after two commercial flights crashed minutes after takeoff in Indonesia and Ethiopia.

A federal grand jury indictment unsealed Thursday alleges Mark A. Forkner gave the FAA false information about a part of the Boeing 737 Max’s flight controls called the Maneuvering Characteristics Augmentation System, or MCAS. That software reportedly pushed the nose of the plane downward, forcing pilots to struggle for control of the plane. And according to federal prosecutors, pilots didn’t know how to correct for the flaw because Forkner’s actions resulted in the plane’s manuals and training materials making no reference the MCAS system.

“His callous choice to mislead the FAA hampered the agency’s ability to protect the flying public and left pilots in the lurch, lacking information about certain 737 MAX flight controls,” Acting US Attorney Chad E. Meacham said in the statement.

The Boeing 737 Max made its debut in 2017, and the new plane came under scrutiny on Oct. 29, 2018, when Lion Air Flight 610 crashed shortly after taking off from Jakarta, Indonesia, killing all of its 189 passengers. Five months later, on March 10, 2019, Ethiopian Airlines Flight 302 also went down after takeoff, killing 157 people.

In the Ethiopian Airlines crash, investigators found that the MCAS system activated four times after takeoff. The system would push the plane’s nose down, incorrectly trying to prevent the plane from stalling. That action also increased speed, making it more difficult for pilots to keep the plane airborne.

Officials allege Forkner, who led the 737 MAX Flight Technical Team under Boeing, learned about changes to the MCAS in November 2016. Instead of sharing the flight control information with the FAA, he withheld the data from federal regulators, authorities said.

“Because of his alleged deceit, the FAA AEG deleted all references to MCAS from the final version of the 737 MAX FSB Report,” the Department of Justice said.

A spokesperson for Boeing declined to comment on the charges.

It wasn’t until Lion Air Flight 610 crashed in Jakarta that FAA officials suspected there was an issue with the system; the MCAS initiated moments before the crash. While that review was still ongoing, Ethiopian Airlines Flight 302 crashed in Ejere, Ethiopia — also with the MCAS operating.

The deadly crashes led to the plane being grounded throughout the world, and Boeing agreed to pay $2.5 billion to settle a criminal charge. The FAA allowed the plane to return to commercial service in November 2020, after a 20-month investigation.

Forkner is expected to appear in court in Fort Worth, Texas, on Friday. Each count of wire fraud carries a sentence of up to 20 years in prison, officials said. Each fraud count carries a possible maximum sentence of 10 years.

“There is no excusing those who deceive safety regulators for the sake of personal gain or commercial expediency,” Inspector General Eric J. Soskin of the US Department of Transportation said in a statement.