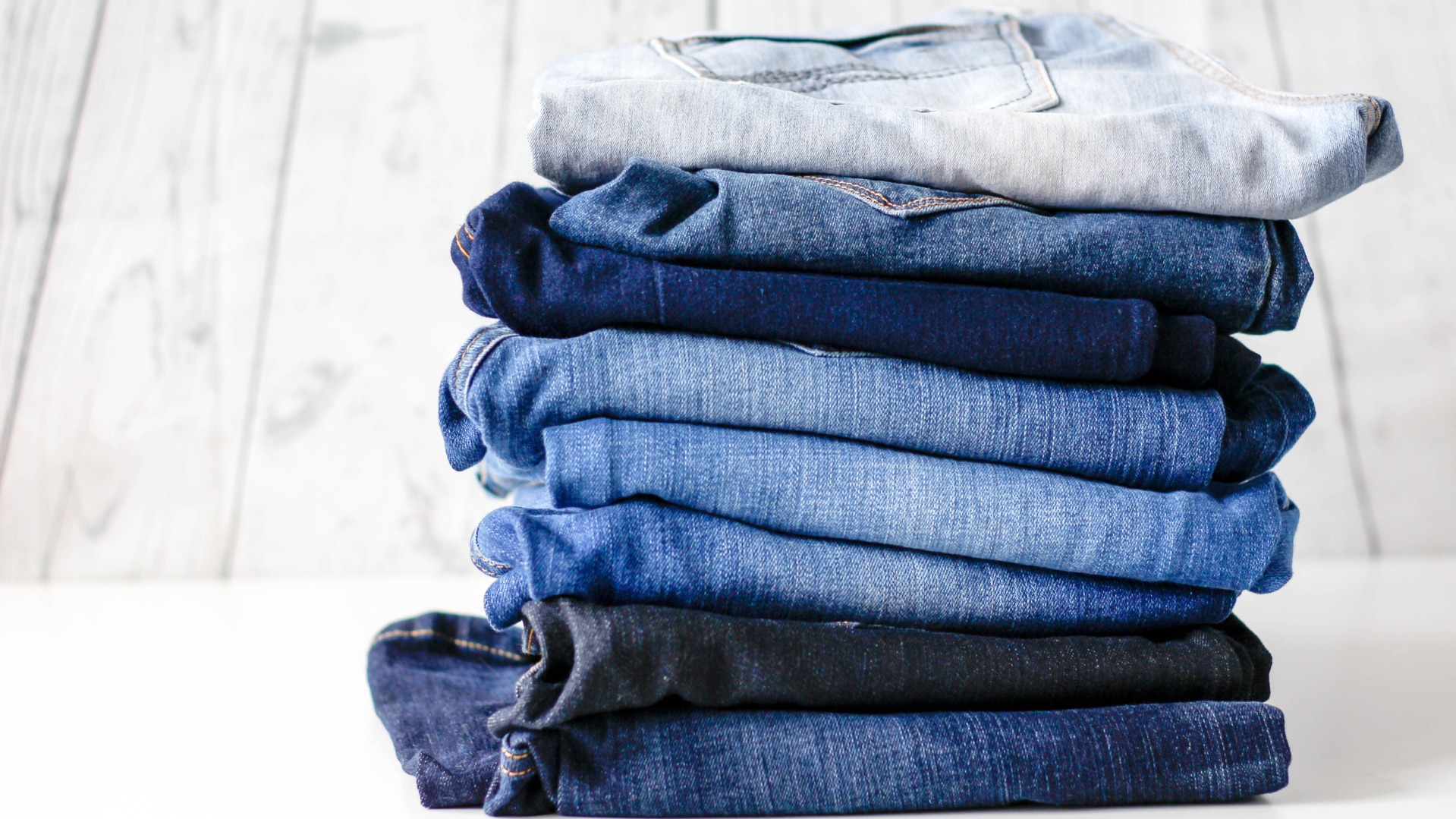 Whatever color your clothes are, the process to make them that way is probably pretty toxic. According to the United Nations Environment Assembly, textile dyeing is the second largest water polluter in the world. And not only is fabric dyeing full of harmful chemicals, it’s water-expensive: Your average pair of jeans takes up to 26 gallons (100 liters) of water to dye. In these days of fast fashion, our hunger for trendy clothes might be killing us — and a lot of other organisms and ecosystems all over the world.

A Green Solution for Blue

The new denim dyeing method, detailed in the July 27, 2021, issue of the journal Green Chemistry, mixes cellulose nanoparticles made from wood pulp — a sugar called chitosan — with natural indigo dye (although the researchers believe synthetic dyes could also be used). This mixture creates a sort of gel that can be applied to the fabric a single time to yield an intense indigo color, compared with the multiple dip process of conventional dyeing processes that require up to eight applications of dye to yield a dark shade.

The chitosan essentially glues the pigment in place after the fabric dries, creating a sort of matrix of dye that coats the fibers of the denim. Because this process doesn’t involve dissolving the indigo dye, no reducing agents are necessary, thus reducing the amount of water used in conventional dyeing methods by about 96 percent.

Not only that, the process is nontoxic, the drying time for the chitosan dye is shorter and the new technique yields fabric of the same weight, thickness and overall feel as traditionally dyed denim.

The Dangers of Denim Dyeing

Back in the 1700s, indigo — the plant that historically made denim that iconic blue color — was a major export of the American colonies. These days, however, we dye our blue jeans with synthetic indigo pigment, which is why you can buy a pair of jeans for $15. But no matter whether the indigo is natural or synthetic, the process of pigment dyeing denim requires a strong reducing agent to make the dye dissolve in water.

“The commercial technology for dyeing textiles uses aggressive chemicals,” says Sergiy Minko, a co-author of the study and a professor in the College of Family and Consumer Sciences at the University of Georgia. “For denim, a strong, toxic reducing agent called sodium hydrosulfite is used. To make it soluble, some amount of this reducing agent is used in each stage of a repeating process — anywhere from five to 10 times, if they want to get an intense shade.”

Apart from the use of toxic reducing agents, denim pigmentation uses a huge amount of water. A pair of jeans can take up to 2,000 gallons (7,570 liters), if you consider the water it takes to grow the cotton, dye the fabric and manufacture the pants. Not only that, many of the chemicals involved in denim dyeing don’t degrade in the environment. While the technology exists to filter the toxic chemicals out of the water before it hits a river or stream, many of the places in the world where garment production happens — China and Bangladesh, for instance — don’t require the infrastructure to remove the chemicals from the water before it contaminates waterways and ends up poisoning wildlife, people and crops.

“Some of the environments where they dye textiles — everything is artificially colored in different shades. Of course, the major damage doesn’t come from the dyes themselves, but high salt concentrations, and these reducing agents, which can be very aggressive in ecosystems.”

Pentagon launches new UFO office. Not all believers are happy about it.
Robotic Drones Can Now Fly, Stop and Perch Just Like Birds