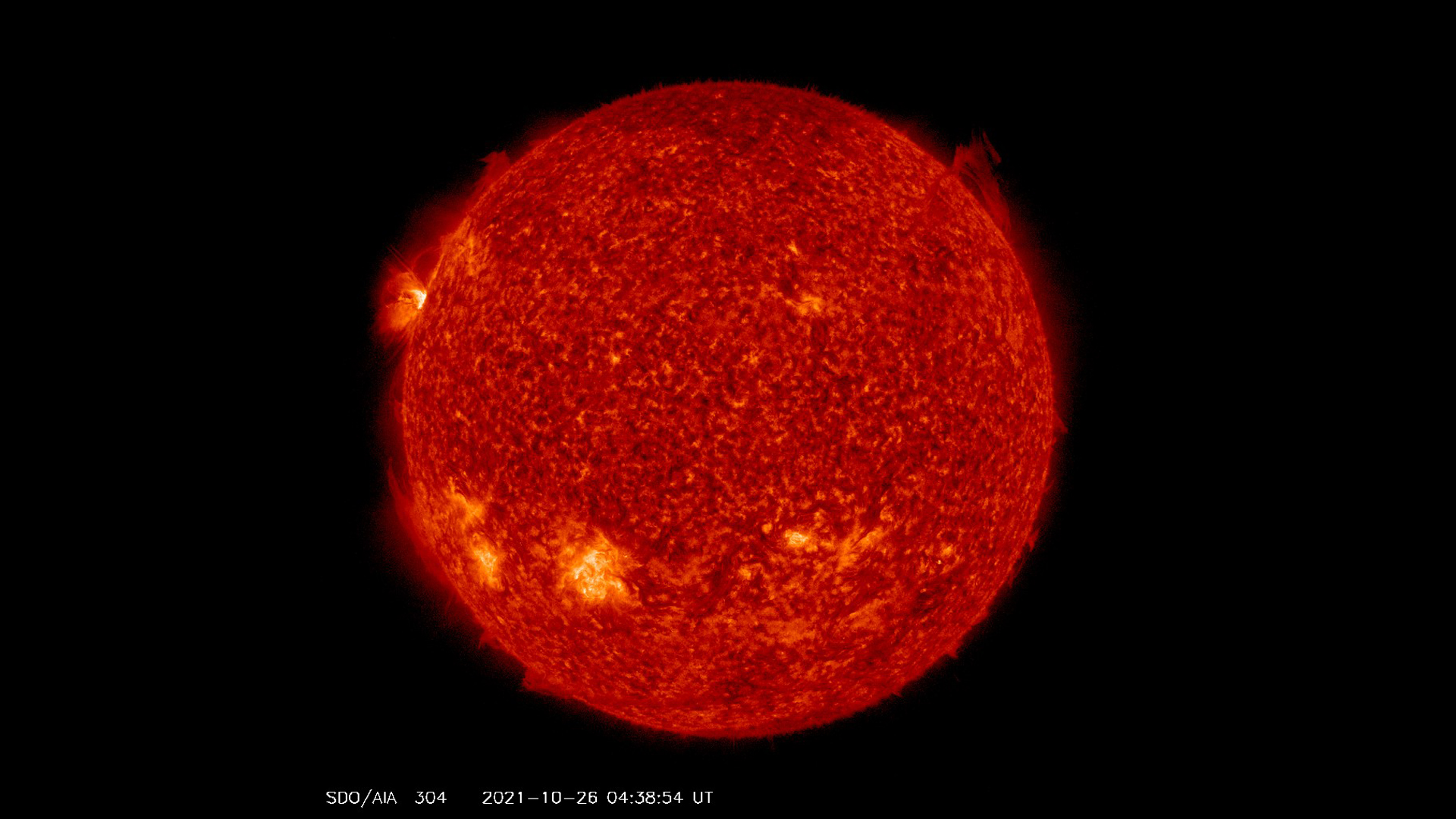 Our otherwise quiet sun had a stormy five-hour fiesta during the early hours of Tuesday (Oct. 26).

NASA’s Solar Dynamics Observatory (SDO) recorded a series of eruptions on the limb of the sun, not facing the Earth. It’s unclear from the angle of the explosions (relative to Earth) from where they emanated, but the space weather tracking site SpaceWeather.com suggested it would be a sunspot, or a dark concentration of magnetic activity on the sun’s surface.

“At least half a dozen explosions occurred during that brief movie,” SpaceWeather.com wrote in the report. “The blast site is hidden just behind the edge of the sun. It’s almost certainly an unstable sunspot.”

Scientists will get a better glimpse of the region when it rotates into the view of our Earth in roughly 24 to 48 hours, the report added. The sun’s rotation varies by latitude because it is a large ball of gas, but it takes 24 Earth days to rotate at the equator and more than 30 days at the poles.

This year is towards the beginning of a new 11-year cycle of solar activity, which began in December 2019. The beginning of a cycle generally has fewer sunspots and fewer eruptions, and then those features increase as we reach the peak, which in this case is expected to be around mid-2025.

It’s unclear exactly how strong this forthcoming solar cycle will be, although solar cycle 25 (the current cycle) has a general consensus among scientists that the average number of sunspots will be lower than usual: a range of 95 to 130 at peak, compared with a typical 140 to 220 sunspots.

NASA’s SDO is one of a range of telescopes and spacecraft that gaze at the sun in an attempt to improve solar weather predictions. A strong flare aimed towards Earth, if it is accompanied by a stream of charged particles known as a coronal mass ejection, may induce problems such as shorting out satellites or damaging power lines.