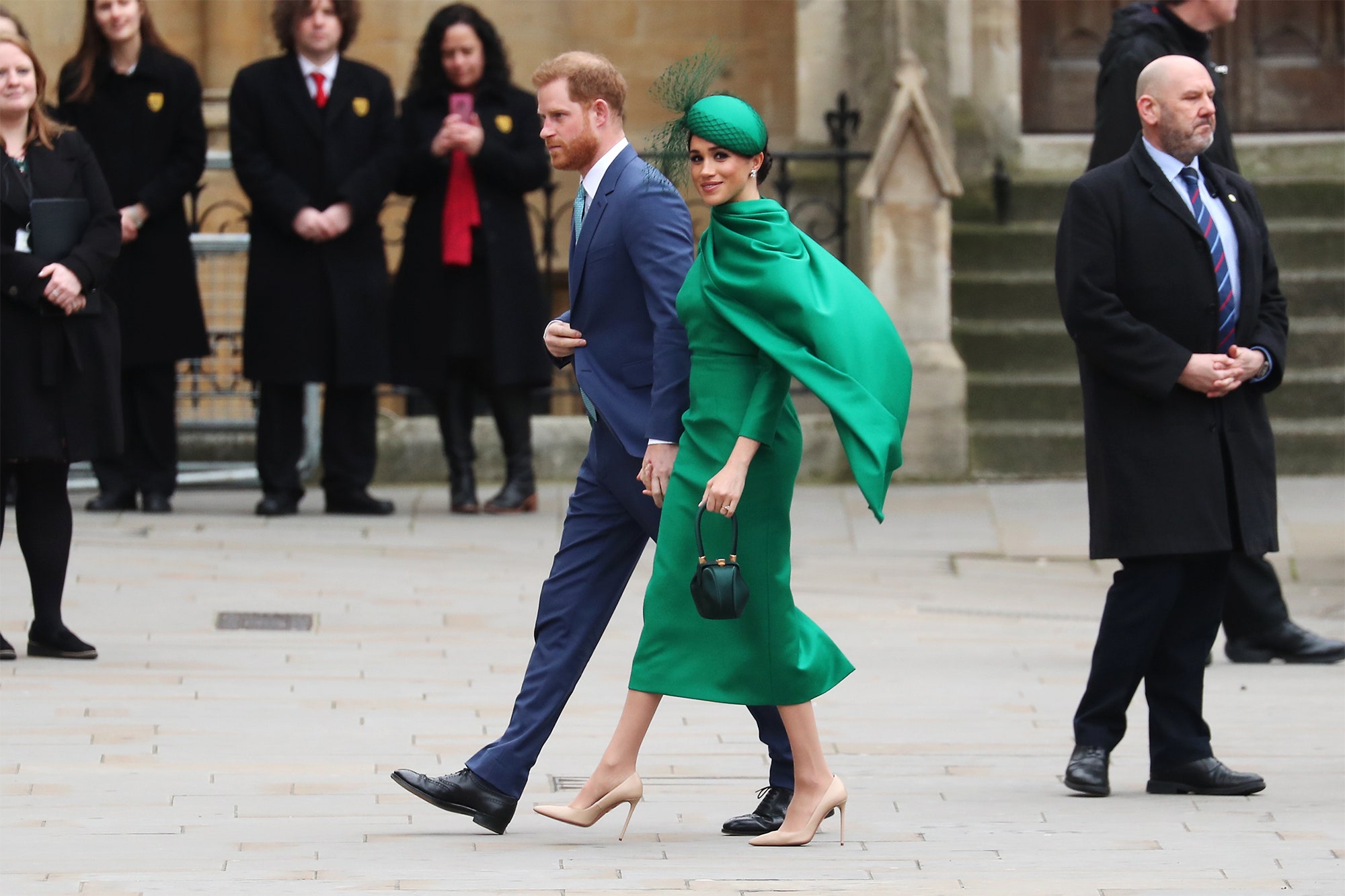 Six months after Meghan Markle and Prince Harry officially ended their time as senior royals, they announced that they were starting a production company and signing a lucrative deal with Netflix. Last week, the streaming giant announced that it was picking up its second project from Archewell Productions, a family-focused animated series tentatively titled Pearl, executive produced by Meghan and David Furnish, the husband of Harry’s longtime friend Elton John.

Though the couple first announced Archewell Productions in September 2020, it seems that plans for Pearl have been underway for much longer. On Sunday, the Telegraph reported that Meghan and Furnish began making plans for an animated television series as early as 2018. According to Page Six, the project was first pitched to Netflix before she and Harry announced their royal exit.

The show’s timeline is grabbing headlines because of a comment from Harry during the couple’s March 2021 interview with Oprah Winfrey. Harry said that the couple’s high profile deals with Spotify and Netflix were “never a part of the plan” until after they left their royal roles. “We didn’t have a plan,” he added. “That was suggested by somebody else, by the point where my family literally cut me off financially, and I had to afford security for us.”

In this case, Harry might have been referring to the overall deals they inked with Netflix, which means that the streamer has paid up-front to own the ideas. When the deal was announced, the New York Times estimated that it could be worth up to $100 million.

When the deal was signed, Meghan and Harry were already involved in Hollywood projects. Harry and Oprah announced that they were working on an Apple+ series about mental health in April 2019, though the project wasn’t released until May 2021. In April 2020, Disney+ released the  Meghan-narrated documentary Elephant. Because it was organized and recorded when she was still a working royal, she didn’t take a fee and Disney instead donated to Elephants Without Borders on her behalf.

But the Netflix deal, and their subsequent partnership with Spotify, was a sign that, like the Obamas, they are interested in becoming serious players in the content space. Though the couple had been seeking a potential North American home base long before they sought to leave the royal family, it is unclear when they decided to form a production company. Archewell Productions was registered as a trademark in January 2021, and the couple tapped Ben Browning to lead the studio in March 2021.

Furnish was a guest at at Harry and Meghan’s wedding, where John performed. In August 2019, Meghan and Harry took a vacation with Archie Mountbatten-Windsor to Furnish and John’s residence in the south of France. When their travel via private jet became a subject of controversy, John defended the couple publicly.

According to the Telegraph, a spokesperson for the couple clarified that any meetings were limited to the animated series idea, which was then a one-off project. Last fall, the newspaper also reported that the pair had taken a series of meetings with the now-defunct streaming service Quibi in 2019.

In the months after the May 2018 wedding, Meghan took on a range of one-off projects, including a cookbook that raised funds for survivors of the Grenfell Tower disaster, an issue of British Vogue that spotlighted women activists, and a capsule collection of clothing that benefitted her patronage SmartWorks.

Though her projects were well-received outside of the palace walls, Meghan’s efforts allegedly caused tension behind the scenes. In Battle of the Brothers, royal expert Robert Lacey claimed that Prince William was displeased with the issue of Vogue. Last year, a senior royal source told Vanity Fair that some experienced courtiers advised her to slow down.

“You can say what you want about Meghan, but she works incredibly hard,” a source who has worked with the couple told V.F. “The problem is she and Harry have a tendency to hatch big projects over dinner and expect them to be actioned within days. Meghan had brilliant ideas, but she was always in a hurry and aides had to sit down and explain that foundations and big projects take thought, time and commitment, they cannot be rushed.”

— Cover Story: Dua Lipa on Creating Future Nostalgia
— Inside Ghislaine Maxwell’s Battle With the Bureau of Prisons
— Prince William and Prince Harry “Turn a New Page” in Their Relationship
— 11 Books We Think You Should Read This July
— Inside L.A.’s Most Iconic Example of Mid-century Modern Architecture
— Ben Affleck and Jennifer Lopez Are Ready to Spend the “Rest of Their Lives Together”
— Must-See Looks From the 2021 Cannes Film Festival
— A Brief History of Princess Diana’s Fiery Family
— The Best Musician-Tested Waterproof Mascaras for Riding Out Summer
— From the Archive: An Heiress’s Heart
— Sign up for The Buyline to receive a curated list of fashion, books, and beauty buys in one weekly newsletter.