A walk-off win that left the home crowd hushed 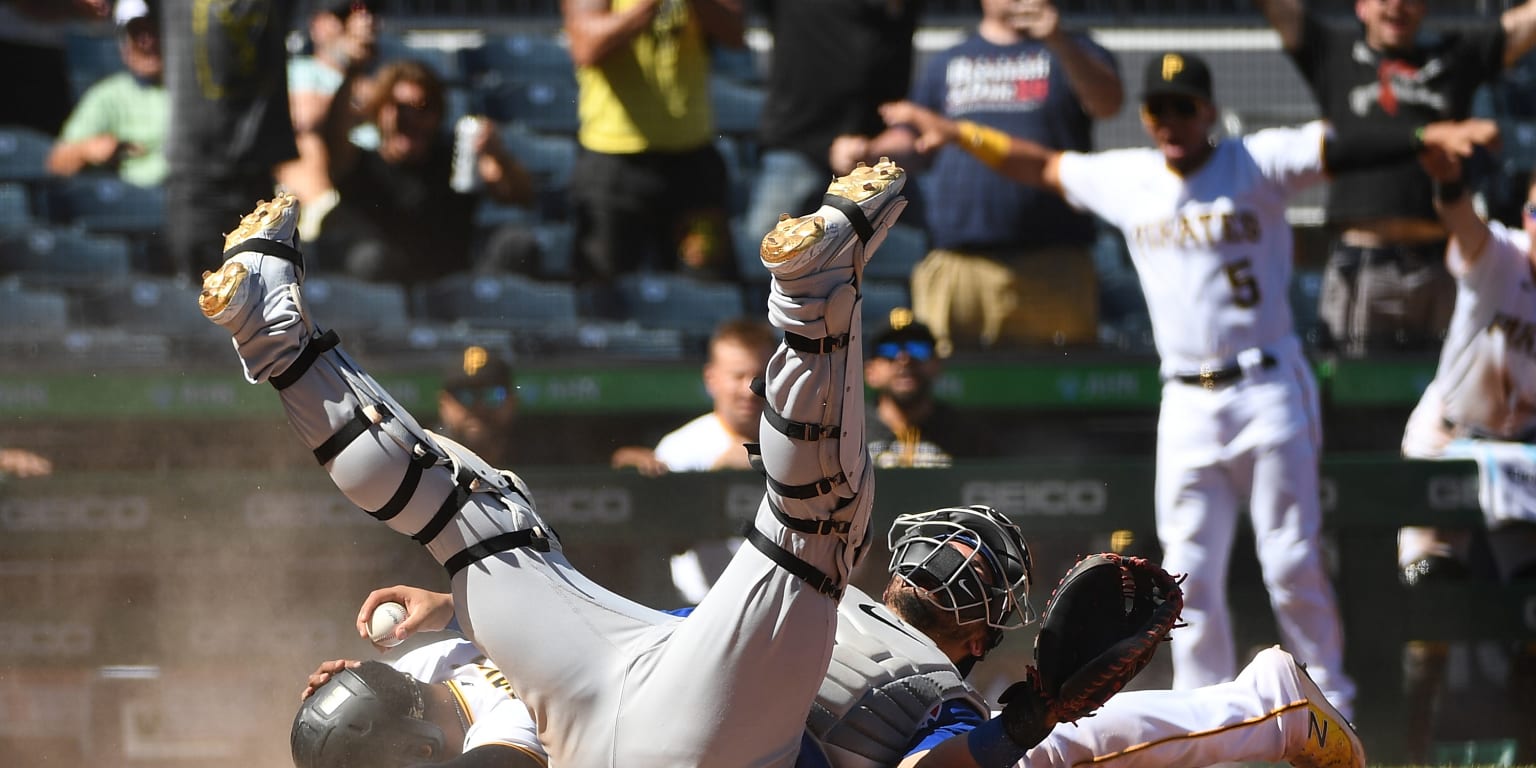 PITTSBURGH — No one really knew what to do.

﻿Michael Chavis﻿ had just delivered a walk-off hit in the 10th inning, capping a fantastic three-inning stretch in which he hit the game-tying homer in the eighth and kept the score tied in the 10th with a great defensive play. The PNC Park crowd, one that witnessed the Pirates lose a four-run lead only to emerge victorious, 8-7, began to erupt. But lying on his stomach on home plate was ﻿Ke’Bryan Hayes﻿; he scored the winning run, but he rammed his left shoulder into catcher Willson Contreras to do so.

The entire scene was completely odd. Fireworks were shot off in the background as trainers evaluated Hayes. Under normal circumstances, Chavis would’ve been mobbed by his teammates. He likely would have been doused with a sports drink during his television interview. On this Thursday afternoon, he received some bittersweet high fives. There was simultaneously every reason and no reason to celebrate.

“I’ve had a couple walk-offs in my career,” Chavis said. “I’m not sure if I ever had an awkward walk-off. Usually they’re pretty celebratory. That was definitely one of the more in-between ones.”

Added manager Derek Shelton: “I think it went from a walk-off enthusiasm to about as hushed of a crowd as you can get for a walk-off.”

Hayes was able to leave the field under his own power after the play, but his status has yet to be determined. Shelton said following the game that Hayes was being examined, but he seemed to be in a better spot than he was right after the collision. When asked about Contreras’ positioning, Shelton said he didn’t believe there was any malice on the backstop’s part.

While Hayes’ headfirst slide into home plate ended up winning the game, Shelton expressed that he would rather have his players opt for the safer approach.

“If I’m voting, I’m going to vote that he does not slide headfirst into the plate,” Shelton said.

Even amid the awkwardness and uncertainty, the Pirates had a victory they could celebrate to cap a winning homestand — a victory in which dramatics initially didn’t seem necessary.

The Pirates looked as if they had a comfortable win. They led, 6-2, through seven innings. Hayes and Bryan Reynolds had homered, the first time they’ve done so in the same game. Oneil Cruz was making contributions on both sides of the ball. José Quintana threw six innings of two-run ball. The Bucs were cruising.

Then, the Cubs hit the Pirates with a five-piece in the eighth inning. Patrick Wisdom drove in a run with a single. Nico Hoerner drove in two runs with a single that deflected off of Cruz’s glove, a grounder that the shortstop appeared to be in range to field. Alfonso Rivas provided the finishing blow with the go-ahead two-run single. The fans were stunned, collectively writhing as the Buccos let the lead fall through their fingers.

It didn’t take long for the groans to turn back into cheers.

On the first pitch of the eighth inning, Chavis delivered a game-tying solo home run, a line drive that never stopped carrying. Neither team scored in the ninth inning. Free baseball was on the menu.

The Cubs were threatening to take the lead in the top of the 10th, but Chavis — who else? — executed the most important defensive play of the day.

With one out and Wisdom on third, Jason Heyward hit a chopper to Chavis’ right. Wisdom broke for home. In one fluid motion, Chavis backhanded the ball and fired to catcher Tyler Heineman, who applied the tag and neutralized the threat. In the bottom half, Chavis handled business again, this time with a bloop instead of a blast.

“It was a nice culmination of about 30 minutes for Michael Chavis,” Shelton said.

The primary concern at this point remains the health of Hayes. After being limited last season, Hayes has played the second-most games on the Pirates, just behind Reynolds. His defense has been as elite as ever. For now, the Bucs must play the waiting game.