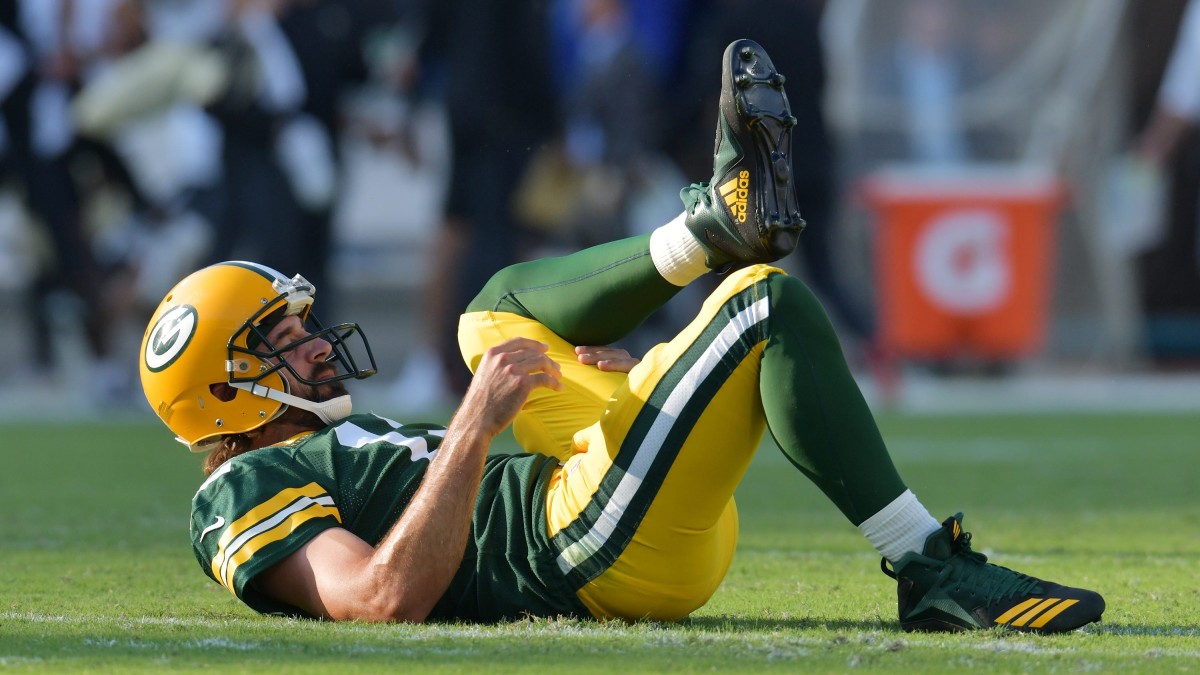 The one he threw early in the second half of Sunday’s loss to New Orleans was especially painful.

Literally, as he explained during Tuesday’s Pat McAfee Show.

“I don’t like to make a lot of excuses for interceptions—there’s some s— ones, there’s some ones you wish you had back, there’s some ones that really aren’t your fault,” Rodgers said. “That one was entirely due to the double nut shot I took. I stepped up in the pocket, I was going to throw across my body to Davante, who was running a shallow cross. That’s a ball I’ve thrown in practice before; I didn’t feel bad about that throw. And right before I’m throwing it, I took a left clothesline—an A.J. Hawk or Brady Poppinga clothesline—and somebody on the right with a right cross. Double nut shot.

“I guess I’ve got to overcome that and throw a better ball,” he continued with a laugh. “That was a painful one. They got their money’s worth on that.”

The end-zone view from FOX shows that Rodgers’ accuracy was stung by the one-two punch of Pro Bowler Cam Jordan, who blew past rookie Royce Newman, and Christian Ringo, who slipped past Lucas Patrick. The ball sailed a couple yards behind Davante Adams, who was open on a crossing route, and right into the mitts of rookie Paulson Adebo for perhaps the easiest interception of his life.

It was “the play of the game,” Rodgers said after the game. The Packers had a chance to pull within 17-10. Instead, they got drubbed 38-3.

“I feel good. I don’t think I took that many shots,” Rodgers said. “One of my first days playing football in eighth grade, I wore a cup. Now, that was my last day wearing a cup. I don’t think I’ll be doing that again but definitely thought about that after that [interception].”