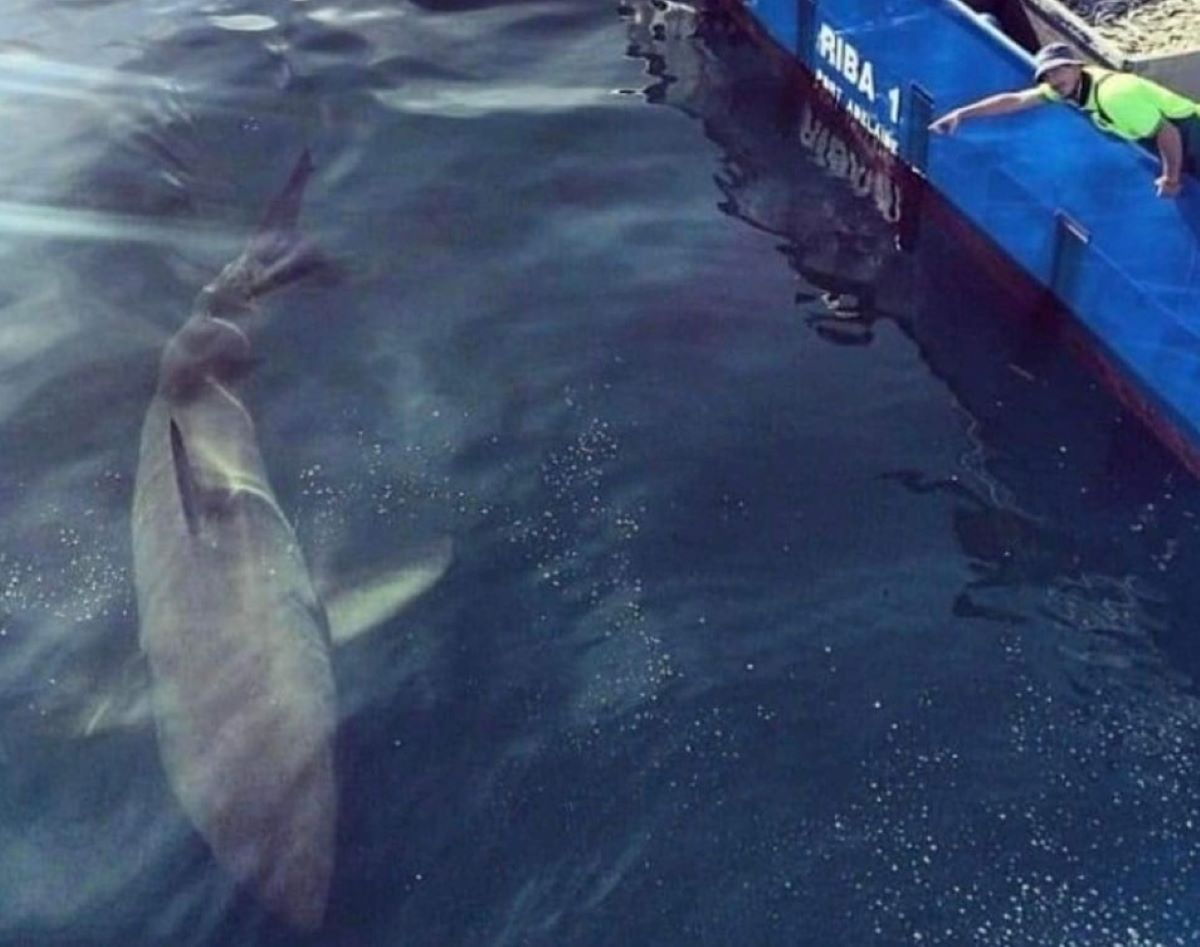 An enormous great white shark has been pictured stalking a fishing boat and tuna farm in Australia.

The picture, posted by online fisherman Trapman Bermagui, was taken at Port Lincoln, a city on the Eyre Penisula in South Australia. It shows the huge shark swimming close to a fishing barge full of tuna, while a man leans out of the vessel and points to it.

“Check out the size of this Great White Shark,” the fisherman said in the post. “See the guy in the photo for reference.” Bermagui told Newsweek that the shark was probably 16 feet long.

Female great white sharks tend to grow to be larger than males, and this is the maximum size they usually reach, with the average length varying between 11 and 15 feet.

Great white sharks can be found throughout the coast of South Australia, but they are particularly abundant off the shores of Port Lincoln. The animals are most common in Australian waters in the spring months, from September to November.

The post has received 1,600 likes and more than 250 comments, with one Facebook user writing, “Absolute monster.” Another user posted: “Gonna need a bigger tuna net.”

The Biggest Shark Ever to Be Found

The largest great white shark ever recorded is a 20-foot female named Deep Blue, who was found by Mauricio Hoyos Padilla, a shark expert and researcher, in November 2013.

At the time, a team of researchers were working to track great white sharks hunting elephant seals off the coast of Guadalupe Island—a small volcanic island that sits about 160 miles from Baja California that is known for its population of great whites.

The footage of Deep Blue being discovered first aired in 2014, as part of a Shark Week documentary.

“We were looking for a shark to set a transponder and follow it with a special device from the Woods Hole Oceanographic Institute known as a shark-cam,” Hoyos Padilla previously told Newsweek. “This device is able to get readings about speed, depth, orientation, topography, and it has six cameras installed mostly on the frontal part.

“Suddenly, this huge female passed under the boat and we were amazed by her size. We tried to tag her, but the tip did not work properly and we had to jump into the mother boat to fix it,” he added.

The biggest shark species to ever swim—the Megalodon—was a close relative of the great white shark.

It is thought to have evolved around 20 million years ago, and it swam in the world’s oceans for the next 13 million years before becoming extinct.

The species is one of the largest and most powerful predators ever to have lived. Scientists believe that the Megalodon could have grown up to 50 to 60 feet long.

Fossilized teeth from the species are sometimes discovered washed up on beaches.

Do you have an animal or nature story to share with Newsweek? Do you have a question about sharks? Let us know via nature@newsweek.com.