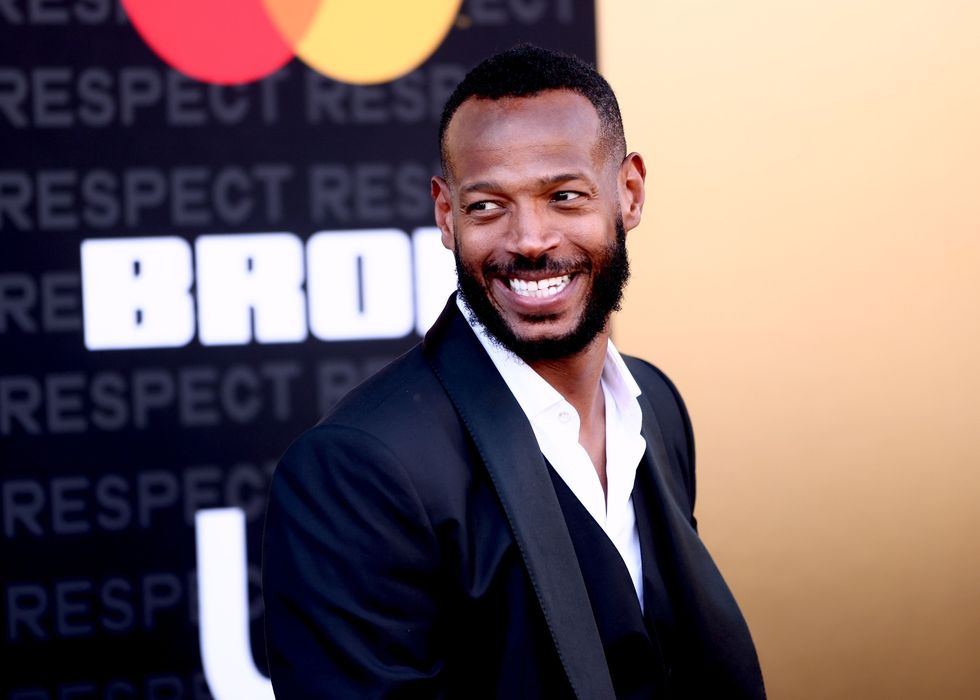 Actor and comedian Marlon Wayans is currently working hard to shed his “dad bod” and get back to his G.I. Joe-era six-pack. But as of this week, another part of his body is being discussed. In a recent interview with Uncensored, comedic actress Kym Whitley shared the story of how she once saw Wayans’ penis through his sweat pants—and mistook it for a wiffle bat.

Whitley, who appeared opposite Wayans as a guest star on the sitcom The Wayans Bros. in 1998, recalled that when she finally booked the gig after months of trying out, and first arrived on set and met Wayans, she was immediately distracted by the fact that his red sweats showed a visible dickprint—and soon learned that the comedian’s “blessed” endowment was well-known at the time.

“All of a sudden, he had on these red sweat pants, and I thought he was trying to be funny, because he was a fool, and I kept looking, I said, ‘This boy done put a little bat in his shorts, in his red sweat pants,’ and I was looking at it, I was laughing, I was like, ‘Stop being silly! Boy, you crazy… Y’all see this? He’s so silly’… Nobody laughed… Over the speaker they’re like, ‘Oh, she’s seen it.’ I was like, ‘Seen it?’ I was like, ‘That’s real? First of all, you need to put a rope on that thing and tie it up, whatever that is.'”

“And then, for that whole week I was distracted,” she continued, “and they were like, ‘He has a reputation in Hollywood, he just is blessed. He’s blessed.’ And it’s burned into my brain.”