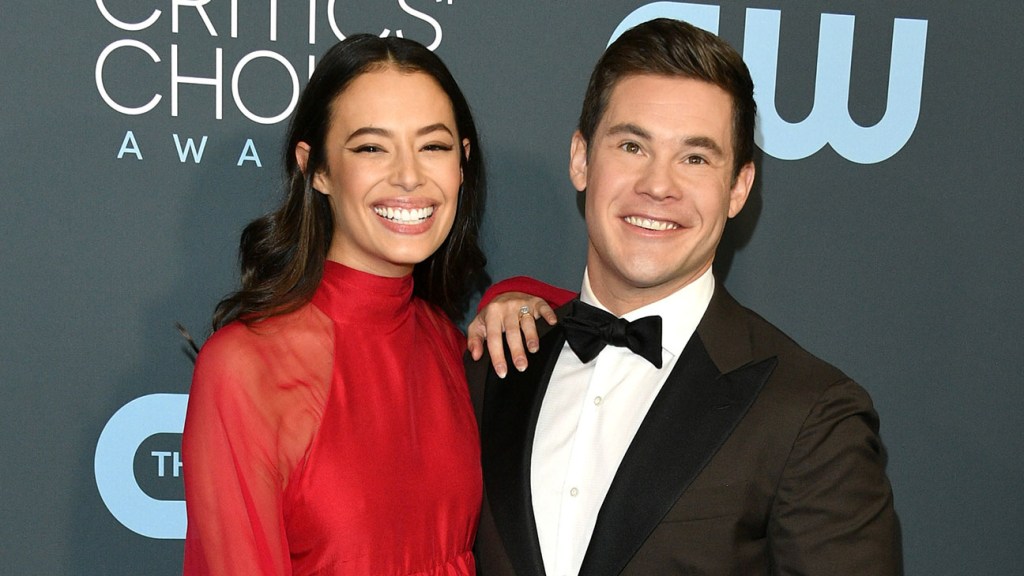 Adam Devine and Chloe Bridges got married this weekend, in an intimate ceremony in Cabo San Lucas, Mexico, a rep for Devine confirmed to The Hollywood Reporter.

Erik Griffin, who previously worked with Devine, 37, on the series Workaholics and the film Mike and Dave Need Wedding Dates, shared multiple photos from the celebration on his Instagram account. On Sunday, Griffin posted a photo with Devine and their fellow Workaholics cast members Blake Anderson and Anders Holm with the caption, “Dem Boyz! Devine is off the market! Such an awesome wedding!” In another post uploaded on Monday, Griffin wrote, “Did the damn thing! Adam and Chloe’s wedding was amazing!”

Bridges, 29, teased the upcoming nuptials last week by posting a series of photos of her wearing different wedding dresses that she almost chose. The caption said, “Were we crazy for trying to plan a wedding during a global pandemic?? Probably, yeah, cause many, many things went wrong including but not limited to us both getting breakthrough covid. But we gave it our best shot and it’s almost here and it seems like it’s actually going to pan out!!” The Carrie Diaries actress added that her followers could expect her to post wedding content for the next two weeks.

The newlyweds started dating in February 2015 after they met on the set of horror comedy The Final Girls. They announced their engagement on their Instagram accounts in October 2019. In Devine’s post, he wrote, “She said yes! Well actually she said ‘ahh Adam’ and then kissed me but I’m pretty sure that means YES! I love Chloe more than anything and I’m so excited to spend the rest of my life with her amazing self.”

She echoed his excitement in her post and said, “I’m so proud to be his girl and will be even prouder to be his wife.”