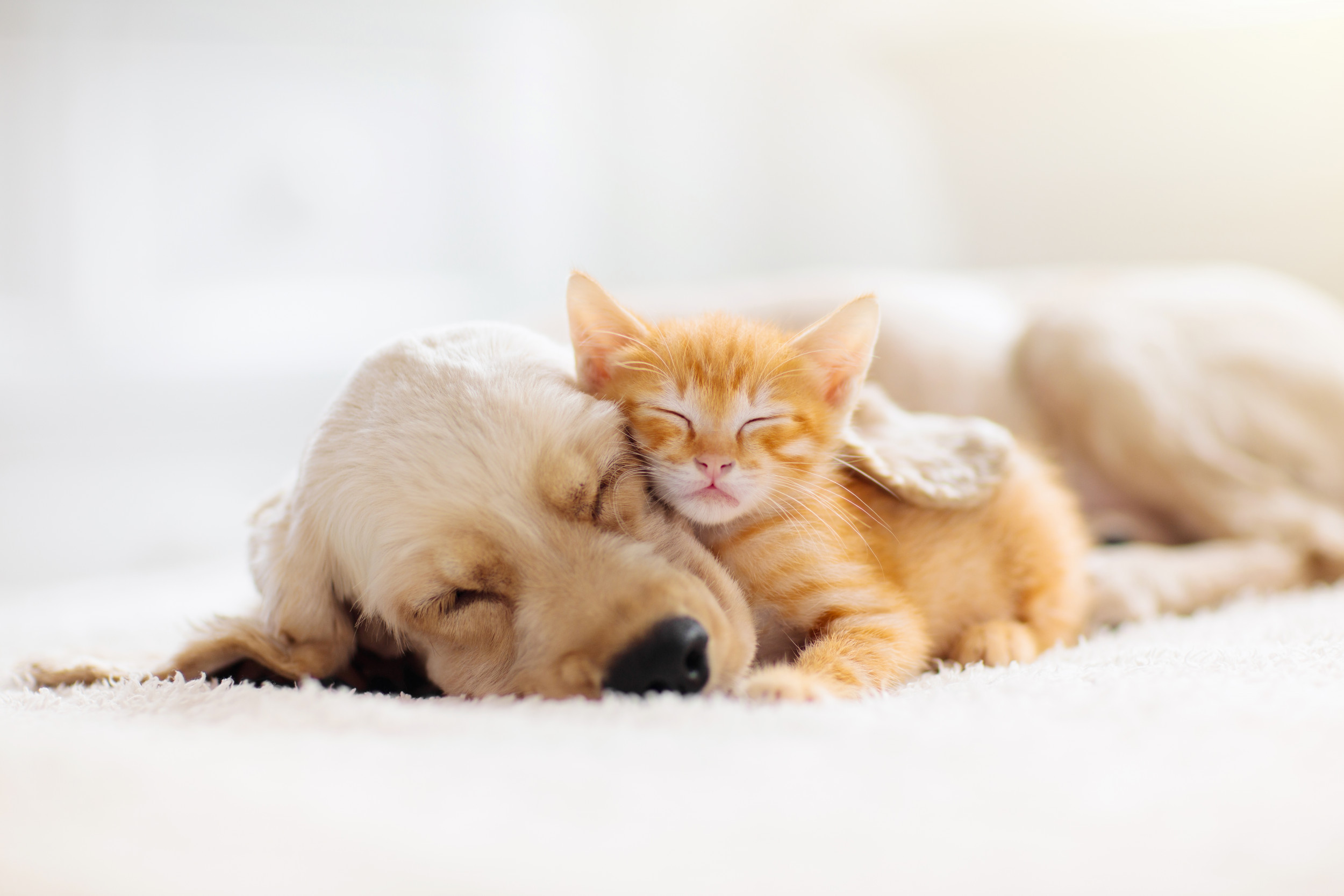 A video purportedly showing a momma cat introducing her kitten to the family dog has warmed the hearts of web users.

A YouTube video entitled “Cat Mom Introducing Her 1 Week Old Kitten to Her Dog Friend” has gotten over 1.5 million views. It shows a dog laying on a bed, curiously sniffing a young kitten. As it sniffs, the mother cat lays down near the dog’s face.

The dog continues to move its snout towards the kitten. Then, the mother cat delicately cradles the dog’s face with its paw and lightly kisses the dog’s face, eventually touching noses with the canine. The cat’s actions seemingly instruct the dog to be gentle with the kitten.

In seeming acknowledgment, the dog lightly nudges the mother cat with its nose. The mother cat then gently touches her kitten, kneading one of her paws into its side as the dog interestedly looks on from a respectful distance.

A Reddit post about the video, published earlier this week, received over 40,300 upvotes and 370 comments. Most of the comments expressed astonishment over how comfortable the mother cat seems with the dog. Others expressed delight at the non-verbal communication between the animals.

Part of the video’s appeal may also lie in the fact that it shows an interspecies “friendship.” Videos showing similar friendships between dogs and birds, tigers and chimpanzees and other animal combinations have gone viral and received similarly warm comments over the past decade.

But while the video has impressed viewers, the introduction of dogs to cats is a relatively common occurrence. In fact, numerous pet websites provide instructions on how best to introduce canines and felines to prevent any aggression.

Before introducing a cat to a dog, pet owners should first ensure that the dog is well-behaved, according to PAWS, an organization that cares for orphaned and injured animals.

The organization suggests letting the animals sniff an article containing the other’s scent. It also suggests keeping the animals at a distance at first, and then gradually decreasing the distance, stopping the interaction at any sign of anxiety or aggression.

Earlier this month, a video of a cat introducing her kitten to an infant child gained more than 37 million views on TikTok. In the video, a cat named Summer carries her kitten by the scruff of her neck. Summer then places the kitten close to a mat where the infant, Blossom, is relaxing. Summer softly meows while gently nudging the kitten to play with Blossom.