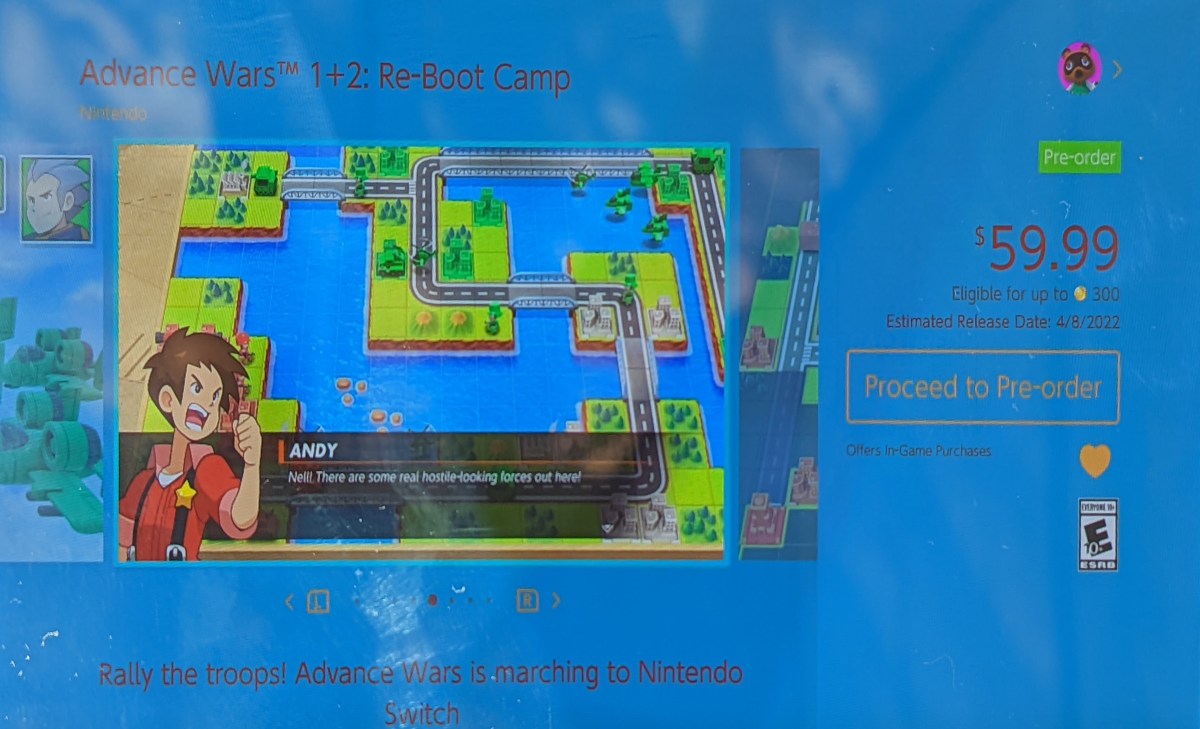 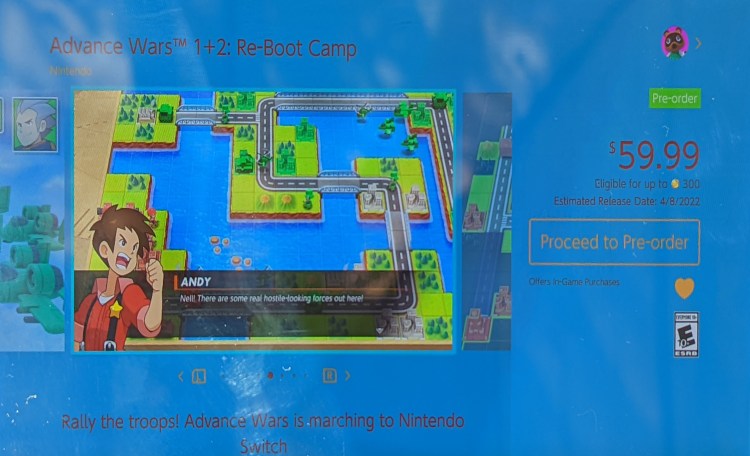 Nintendo has added a new release date for Advance Wars 1+2: Re-Boot Camp on the Nintendo Switch’s eShop store. When you look the game up on a Switch, the service now says the turn-based tactical adventure will debut April 8. This is in line with the delay that pushed the release from December into “spring 2022.”

On Nintendo’s website, it still says that Advance Wars is coming in spring. And the company has yet to confirm this date in any press release or social media post. Regardless, you can still preorder the game for $60 right now.

Advance Wars 1+2: Re-Boot Camp is a remake of the Game Boy Advance games. The 2001 Advance Wars was the first time Nintendo released its Famicom Wars series in North America. And the game found an audience for its military-tactics action. Since then, Nintendo has seen even more success for the Advance Wars sister series, Fire Emblem, and developer Intelligent Systems has focused on that fantasy-tactics franchise instead.

During its E3 presentation in June, however, Nintendo revealed the return of Advance Wars in the form of this remake. Shantae developer WayForward is handling development. And instead of just remastering the first Advance Wars, the studio is rebuilding the first two games with updated mechanics and upgraded artwork.

Advance Wars 1+2: Re-Boot Camp is part of a stacked 2022 lineup for Nintendo. Pokémon Legends: Arceus, Triangle Strategy, Mario + Rabbids: Sparks of Hope, Bayonetta 3, Splatoon 3, Kirby and the Forgotten Lands, and The Legend of Zelda: Breath of the Wild 2 could all launch next year — in addition to Advance Wars.