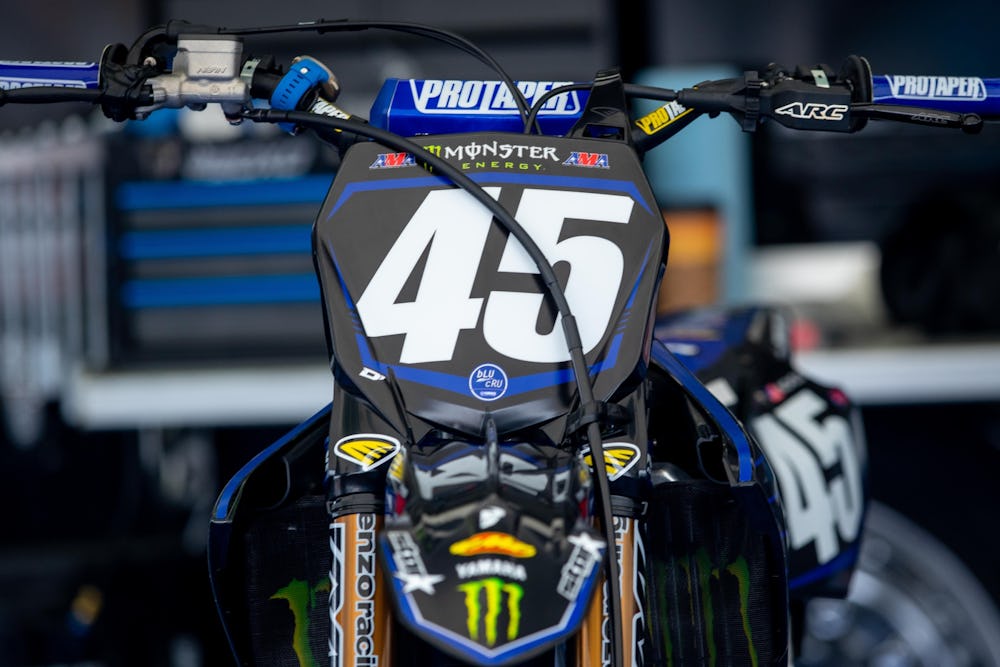 Right when things looked bright for the Monster Energy/Star Yamaha Racing team, things turned south quickly. Coming into this year, the factory Yamaha team had earned three of the five titles in AMA Supercross and Motocross in 2021 (250SX East and West with Colt Nichols and Justin Cooper, respectively, and the 450 Class title of the Lucas Oil AMA Pro Motocross Championship).

However, the week of Anaheim 1, Justin Cooper—set to race the 250SX East Region in 2022—suffered a broken foot that will keep him out of the entire Monster Energy AMA Supercross Championship. Colt Nichols, the 2021 250SX East Region Champion, was already slated for the 250SX West Region and Anaheim 1 after a strong off-season but losing Cooper for the East Region was a tough blow. This season was set to be the final year in the 250SX class of supercross for both Nichols and Cooper as, per 5.2 250SX East/West Championship Guidelines section e of the 2022 AMA Supercross rulebook, both had the opportunity to defend their title before moving to the premier class in 2023.

Then, at the season opening Anaheim 1 Supercross, a heat race crash slammed Nichols onto a ground hard in a whoop section and his Yamaha YZ250F stacked on top of him. His race, night, and championship hopes were over immediately. The Oklahoma native underwent surgery on both arms on Sunday, according to the team. It was a bittersweet night as Monster Energy/Star Yamaha Racing’s Christian Craig—who battled Nichols for the 2021 250SX East Region title—went on to win the 250SX main event.

Nichols took to social media to explain more details of the injury this afternoon, confirming he had broken both arms and suffered a burn on his back. A timetable on his return to racing has yet to be determined. Below is Nichols’ full post:

“It’s been a tough week, but I wanted to share a quick update with everyone. Unfortunately, my season was over before it started with my crash in the heat race last Saturday. I ended up breaking both arms and had surgery as well as a quick little skin graft to help with the burns on my back from when the bike landed on me. I should be heading home any day to begin the recovery process.

Life doesn’t always make sense, but we must get back up and keep going. Just like my championship post said last May — To Hell And Back — because I’ve overcome far too much to stop now. Appreciate all the messages and support more than you can imagine 💕💪🏽”