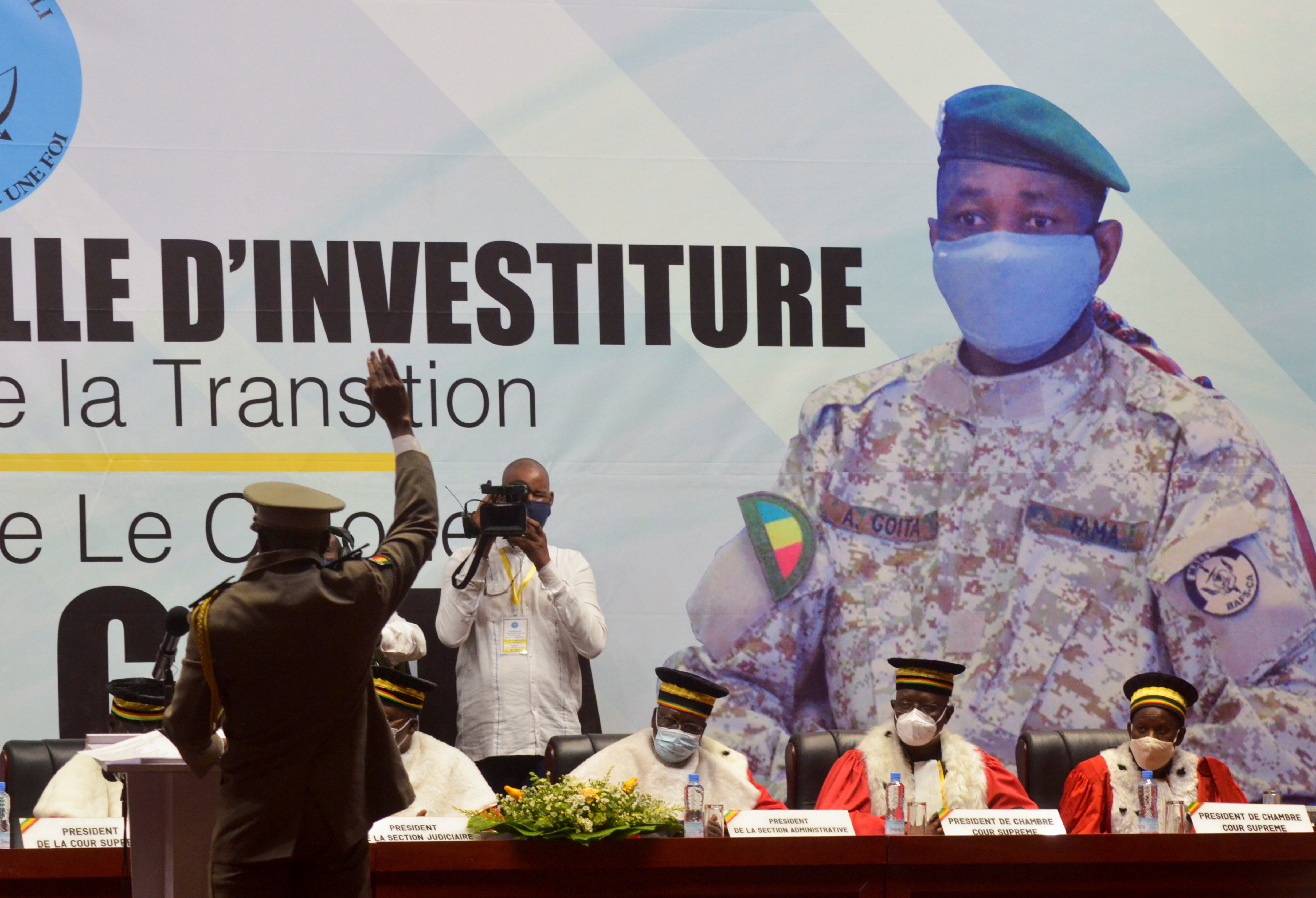 Long before last week’s suspension of Mali by the African Union (AU) and other partners over its second coup in nine months, the west African country was already struggling with a failing economy, rampant corruption, and a brutal jihadist conflict. Now the eighth-largest country in Africa risks being shut out from some of the continent’s most promising growth opportunities.

The land-locked country of 20 million is one of the poorest in the world, and largely dependent on imports. For now, the country’s military regime has escaped the type of economic sanctions imposed after last year’s August military takeover. But they could be reimposed, unless its military regime heeds to pressure from its trading partners to return to civilian rule.

Even without economic sanctions, Mali’s suspension from the AU means that country’s representatives are restricted in their ability to participate in initiatives like the African Continental Free Trade Area (AfCFTA), the free trade agreement which aims to accelerate intra-African trade and boosting Africa’s trading position in the global market. And even the threat of repeated sanctions could dampen any existing investor interest, says Dr Sanoussi Bilal, a senior executive at the European Centre for Development Policy Management.

“The fear of sanctions itself might lead some domestic and foreign investors to think twice before engaging in new businesses in Mali, or trading with the country,” Bilal says. “Social unrest, possible strikes, demonstrations etc. have a negative effect on consumption, and thus trade. [And] when the military takes over the power, the prospects of domestic reforms and openness are reduced.”

Both coups in the last year have been led by Colonel Assimi Goita, a 38-year-old special forces commander. Last year’s resulted in the ousting of president Ibrahim Boubacar Keïta, and followed calls from protestors for his resignation, citing  government corruption, mismanagement of the ongoing insurgency, the Covid-19 pandemic, and a failing economy.

Immediately after the August 2020 military takeover, the Economic Community of West African States (ECOWAS), the regional bloc of west African states, imposed tough trade restrictions on the country, including limits on financial flows and commercial trade, with the exception of basic supplies like food, medicines, fuel and electricity.

The country’s imports dropped by 30% in less than two months. The restrictions are credited with accelerating the creation of a short-lived civilian-military government, led by the now deposed former defense minister, Bah Ndaw, as interim president. That administration was removed from power last month by the military, citing violation of a political transition charter. (Specifically, not informing Goita about the details of a cabinet reshuffle.) Both the president and prime minister later resigned while in military custody.

Amid concerns by the international community, Goita was formally sworn in as interim president on June 7 in the capital Bamako. The AU and ECOWAS had warned that Goita and other members of the transition, including the president and prime minister he ousted, “should not, under any circumstances, be candidates” for the presidential election envisaged in the agreement after the 2020 coup.

A focus on Mali’s governance

Cheikh Tidiane Dieye, the executive director of the African Center for Trade, Integration and Development said this time around, economic restrictions have been replaced by sanctions related to “democracy and good governance.”

These include refusal to support the candidates presented by Mali in international organizations, and blocking the country from hosting any ECOWAS meetings— although the country remains liable for the payment of dues accruing to the regional body for the period of suspension.

The country has also been suspended by the International Organisation of La Francophonie, a cooperative body that represents mostly French-speaking states around the world. The UN’s Security Council issued a “firm” denunciation. And on June 3, the French government announced the temporary suspension of its military cooperation with the Malian authorities.

“The threat by France to withdraw from Mali should the democratic process be stopped [has] increased uncertainty and risk of chaos in the country, [dampening] business opportunities and prospects,” Bilal says.

While Mali’s second coup has seen “very limited hard pressure” on the military junta, prospects of debilitating trade sanctions from ECOWAS, the AU and the EU and other players are not off the table. The EU, for example, has backed the ECOWAS and AU actions while France, which has a strong influence in the country and region has also threatened action against those standing the way of civilian rule.

“The EU seems to prefer diplomatic pressure to keep Mali as a strong ally in its fight against terrorism in the region and to keep the stability of the Sahel,” Bilal adds.

But in a signal of what may come, the World Bank, which at present finances more than $1.5 billion projects in Mali, halted payments to operations in the country on June 4. The bank said it was closely monitoring and assessing the situation.

The primary goal of all the major players appears to force Mali back to some form of civilian rule without allowing the country to fall apart. Trade is key but unlike last year (and in 2012 when a diplomatic, financial, and trade embargo was imposed on the country following a coup), this is a card the players are saving for the last.