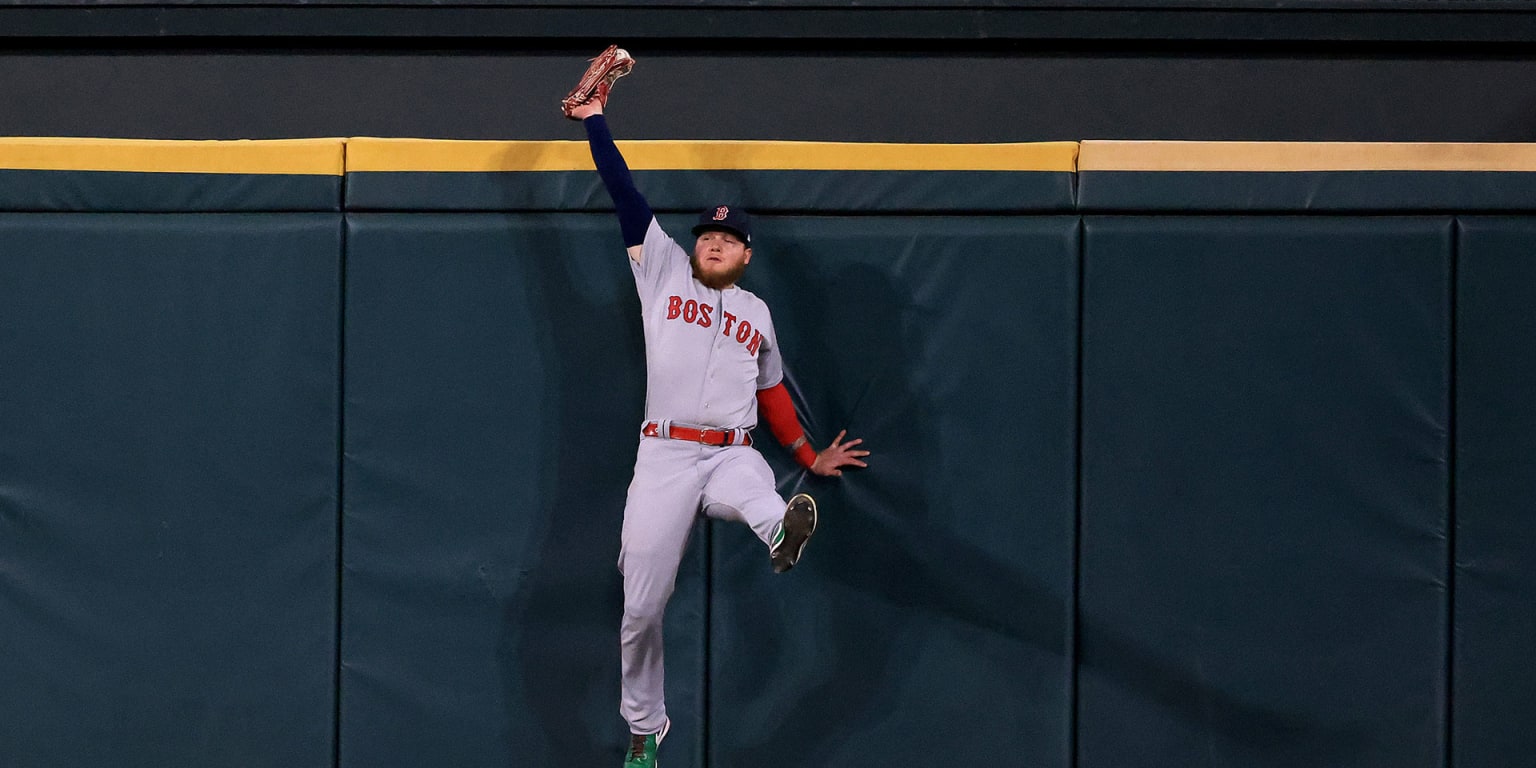 CHICAGO — Saturday night turned out to be a much different kind of glove story for the Red Sox.

This time, when the pressure got the highest, manager Alex Cora’s team came through with some stalwart defense that made a thrilling and clutch 9-8 victory over the White Sox at Guaranteed Rate Field possible.

In the fourth inning, Rafael Devers rushed himself and turned a potential inning-ending double play into a costly error that led to the White Sox scoring five unearned runs to tie the game. It seemed recent history was about to repeat itself.

Just five days earlier, a series of defensive miscues led to the collapsing of a 7-1 lead in a tough 11-10 loss to the Rays.

But not this time, said the Red Sox.

With two outs in the bottom of the 10th and the tying run on third base, Brian Goodwin placed a grounder to the second-base hole that looked like it was going to sneak through for a hit. But Kiké Hernández ranged over to snag it, and then fired to first, where rookie Bobby Dalbec made a tremendous stretch to corral the thrilling final out.

“Yeah, I thought there was a chance it would get through once it got past Bobby, and then Kiké made a great play on it and Bobby made a great play to pick up the throw,” said lefty reliever Josh Taylor. “All around, it was good defensive execution there in the last inning.”

Alex Verdugo, the culprit of some of those tough defensive plays last homestand, raced back in the sixth to make a leaping catch against the wall in center against Goodwin.

Team leader Xander Bogaerts, playing in his second game after missing eight due to a positive COVID-19 test, lunged up the middle to make a brilliant diving stop to take a hit away from Cesar Hernández to open the bottom of the ninth.

What did the win tell Cora about his team?

“That when we play defense, we become a really good team. In the second part of the game we played great defense,” said Cora. “We put ourselves in a bad spot not turning a ground ball into an out and they came back. But one thing’s for sure: Regardless of what’s going on here, they’re going to keep bringing it and they’re going to keep playing. That’s the bottom line.”

Amid a COVID-19 outbreak that started on Aug. 27 and continued into Saturday (switch-hitting reserve Danny Santana tested positive a few hours before the game), the Red Sox have managed to hang in there, going 8-7 in the last 15 games.

In this battle for survival in the standings, Boston just might be weathering the storm.

With 18 games left, the 81-63 Red Sox are atop the American League Wild Card standings, holding a one-game lead over both the Blue Jays and the Yankees.

The A’s and Mariners are both two games behind Toronto and New York for the second slot. The stretch run should be fierce with five teams bunched up together for two spots.

“You know, it’s tough right now — we’re not playing with [all of] our guys right now,” said Taylor. “We’re still finding ways to keep games close. We’re in a good spot right now and we just need to keep going. We have, what, 18 more games? We need to keep winning games and keep it close and once we get our guys back, we’ll be full strength.”

Some of the attrition has put different players into pressurized roles. That was the case for Taylor on Saturday, as he was asked to protect a one-run lead in the 10th, which is never easy with the automatic runner.

It became even tougher when Yasmani Grandal led off with a single, putting runners at the corners with nobody out.

Yet Taylor dug deep and stranded the tying run by getting two strikeouts and then that highlight-reel ender of a play on the right side of the infield to earn his first career save.

“It was exhilarating, to say the least,” said Taylor. “It was awesome. You get put in those situations and you get that extra tick you didn’t think you had. I just felt like I was able to make my pitches tonight.”

While the bullpen — led by two more big innings by winning pitcher Garrett Whitlock (1.81 ERA) — and the defense took center stage in the late innings, the offense did plenty in this game.

This, thanks in large part to Travis Shaw, who was only in the lineup because J.D. Martinez (back) was a late scratch for the second straight day. Shaw went deep for a three-run rocket during a seven-run third inning that knocked out White Sox starter Dylan Cease. And in the 10th, he came through with the RBI single to right that put Boston up for good.

“I try to stay ready just in case something like this happens,” said Shaw. “You never know when this could happen, especially late in the year. Guys are grinding a little bit on their bodies, so I stayed ready and thankfully had a good night.”

Ultimately, it turned into a very good night for the Red Sox when, at one point, it seemed like it would be the opposite.