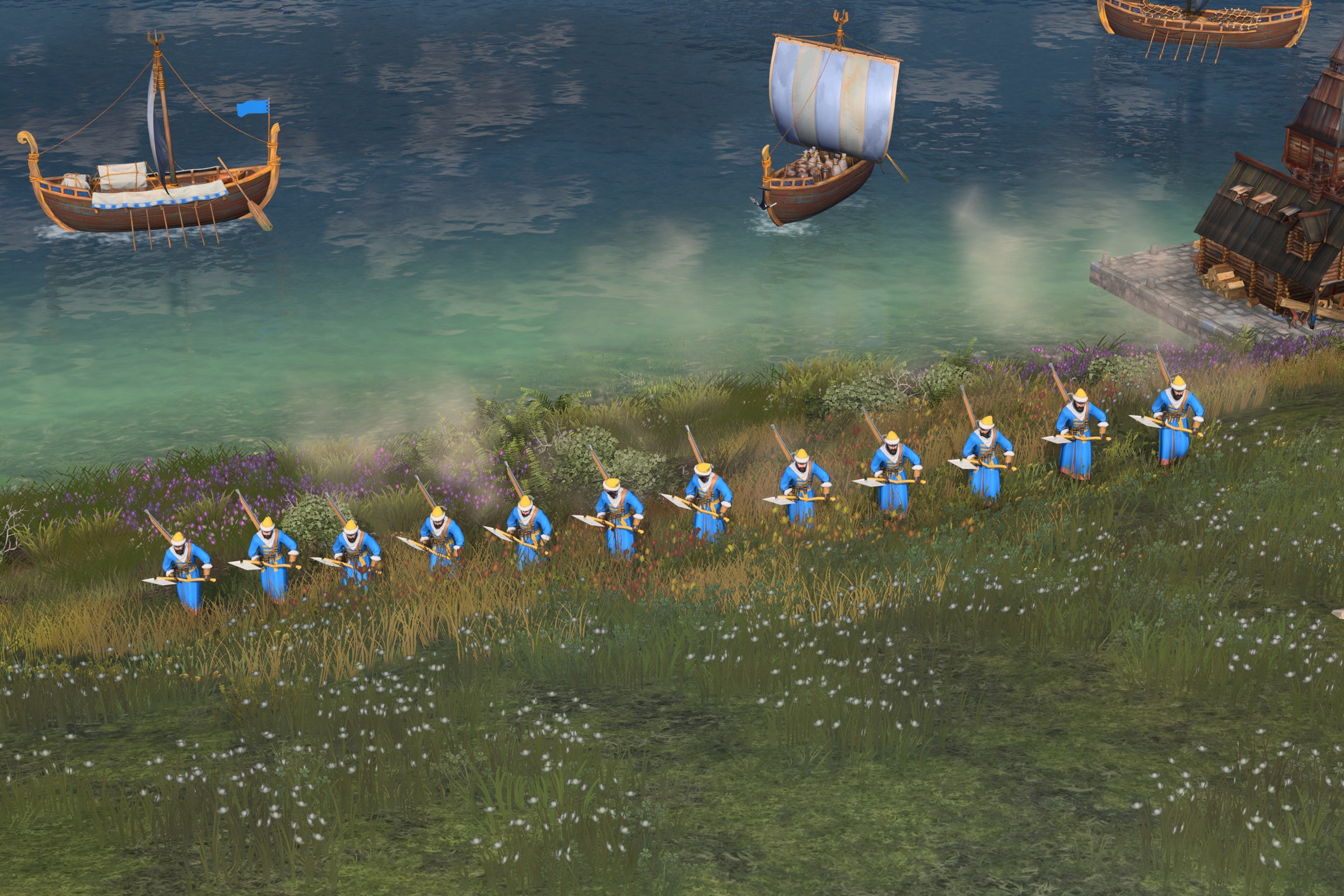 Age of Empires IV is the first mainline Age of Empires game in 16 years, and a wait of that magnitude creates expectations. That it even exists is partially because Age of Empires II has enjoyed a massive resurgence. Released in 1999, AoE2 is now seeing tournaments with 75,000 viewers and $87,000 prize pools, thanks to a vibrant Twitch and YouTube scene, and the release of 2019’s Definitive Edition. Fans have been both clamoring for a new entry and worrying that a new entry won’t do the series justice.

Age of Empires IV feels like an attempt to capitalize on AoE2’s momentum while welcoming new fans to the series—and to a real-time strategy (RTS) genre that’s suffered a dearth of major releases—while sloughing off 22 years of accumulated nuances and oddities that have made AoE2 both beloved by fans and intimidating to newcomers. It’s so beloved, in fact, that a small but vocal minority of its players have been rooting for AoE4 to fail so as not to split the fan base. But Microsoft believes the games will complement each other, filling two different needs in the RTS community.

AoE4 certainly feels like a modern take on AoE2, albeit with pinches of Total War and the more asymmetrical factions of AoE3, which sees some civilizations manage their growth in fundamentally different ways. The series returns to a medieval setting and launches with eight relatively varied civilizations, compared to the staggering 39 that AoE2 has amassed. Its four hefty single-player campaigns cover the years between the Norman Invasion of 1066 and the 1552 culmination of the Russo-Kazan Wars, while five economic and military tutorials offer a multiplayer crash course. However, much is left unexplained or quickly covered with tool tips—with the lack of a raid defense tutorial being an especially glaring omission.

Gone are many of AoE2’s most byzantine features. Players can no longer micromanage their units away from arrow fire or trap raiders with instant walls, and archers can’t defeat the siege engines ostensibly designed to counter them by dancing around their projectiles. Gone too are the medieval vibes of AoE2’s interface; AoE4’s is simplified to the point of blandness—but it is easy to always tell what unit or upgrade you’re purchasing.

The result is a quick, punchy game. Your economy is easy to get rolling and requires far less babysitting than in AoE2, and your soldiers are generally smart enough to behave themselves and make reasonably intelligent decisions. New and returning victory conditions, including the elimination of key enemy buildings and the control of sacred sites on the map, encourage knockout blows rather than lengthy slogs. While it’s possible for players to amass powerful defenses, you’ll also start trading blows much faster than it takes a standard AoE2 match to really get rolling.

AoE4 wants you to take a larger view of the battlefield, whether it’s planning your city’s layout to take advantage of special buildings, hiding your troops in stealth forests to ambush your foe, or firing off unit skills. Cavalry, for example, can hit harder by charging the enemy, while longbowmen can ward off those charges by placing spikes. There’s still plenty of room for micromanagement, but, at least in theory, AoE4 is emphasizing smart tactics over raw clicking.

The bulk of AoE4’s single-player offering comes from its 35 campaign missions. They’re presented like playable History Channel documentaries: Each mission is introduced with live-action footage of weapons being prepared and modern cities being traversed by the ghosts of soldiers long gone.