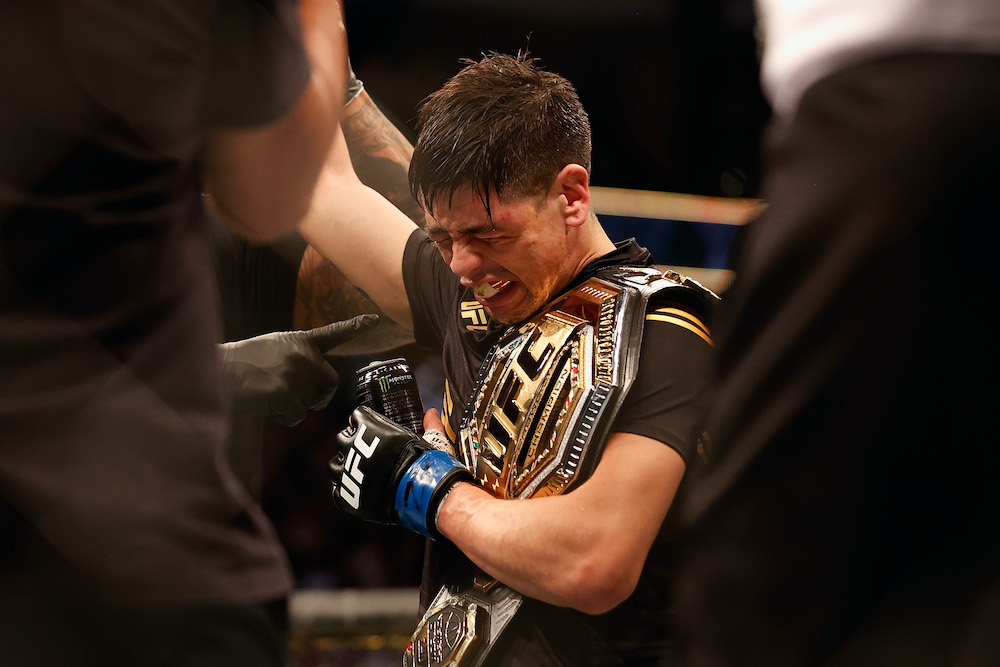 Moreno (19-5-2 MMA, 7-2-2 UFC) made history by becoming the first Mexico-born UFC champion when he submitted Deiveson Figueiredo at UFC 263 in June. The pair will run things back for a third time when they square off in the UFC 270 co-main event Jan. 22.

But Moreno’s goals don’t stop at closing out his trilogy with Figueiredo (20-2-1 MMA, 9-2-1 UFC). The “Assassin Baby” wants to stake his claim among the all-time greats.

“It’s a second chapter,” Moreno told MMA Junkie Radio. “Obviously before the belt, all my mind was to get the belt, to be the champion, to beat Deiveson Figueiredo and be the first Mexican-born champion in the UFC – and that’s it. Now, what is next for me, definitely I need to build my legacy.

“I need to defend my title. I want to clean the division. I know it’s hard work to do because all the other guys in the division are hungry. Definitely they are ready for me, but I’m ready for the challenge. I’m training so hard for this next fight, and that will be my future.”

Moreno is motivated by the fact there are an array of hungry contenders eager for a crack at his belt. Waiting in the wings are Askar Askarov and Kai Kara-France, who are matched up for UFC Fight Night on March 26. Then there’s Alexandre Pantoja, who not only was touted as the next title challenger before knee surgery forced him out, but holds two wins over the champion.

“In the last two or three years, the flyweight division started to be very, very exciting,” Moreno said. “Askar Askarov is there. He’s dangerous, he’s real. Pantoja – I mean he beat me twice before. Definitely, I’m a different fighter, but he’s still dangerous. Kai Kara-France looked sharp in his last fight against Cody Garbrandt. Alex Perez is always there. I’m an analyst, too, so I need to see all the fighters in my division, and I try to do my job every single time, to do my homework and watch all these fighters. But right now, my mind is completely on Figueiredo.”

Chase Sherman explains why he was unaware NSAC was fining him $5,000 before his last fight
Jake Paul to PFL is a serious possibility. CEO Peter Murray peels back the curtain on why.