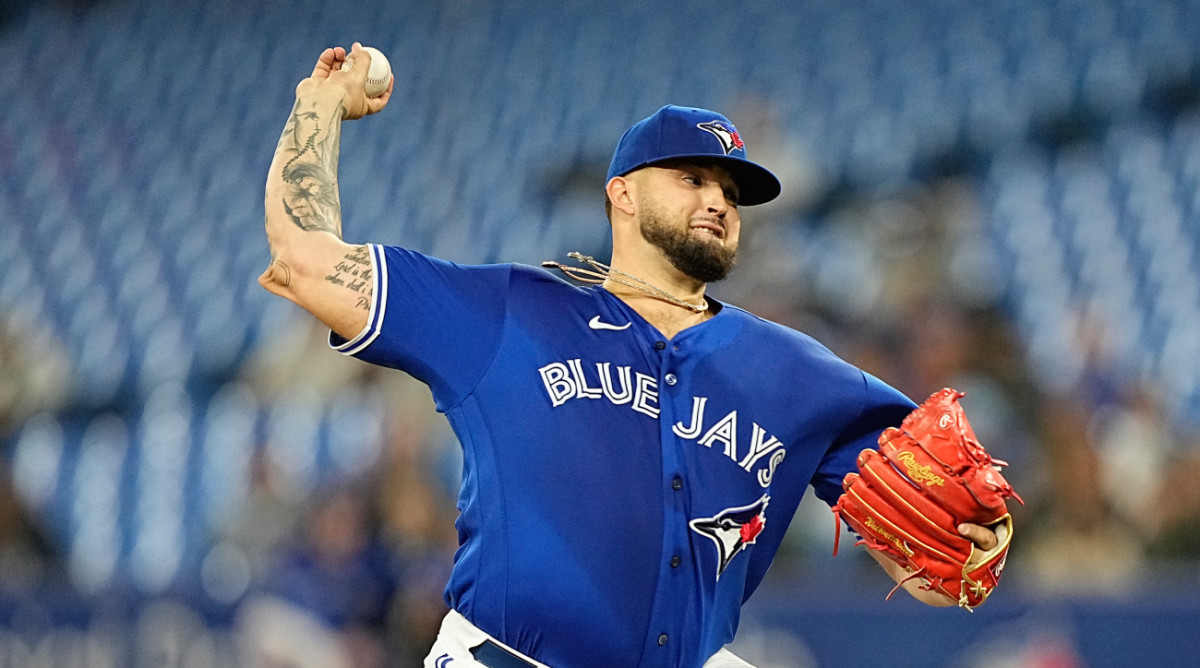 There is clearly no love lost between Blue Jays ace Alek Manoah and his Yankees counterpart Gerrit Cole.

During an appearance on Serge Ibaka’s How Hungry Are You?, Manoah didn’t hesitate much in calling out Cole when asked about “the worst cheater in baseball history” by the NBA star.

“He cheated,” Manoah said, showing a baseball grip as he discussed the allegations against Cole. “He used a lot of sticky stuff to make his pitches better, and he kinda got called out on it.”

The Yankees star is among the pitchers most heavily connected to the “sticky stuff” scandal that became major news in the MLB in 2021. That season, baseball made a point of cracking down on the use of illegal substances by pitchers. For Manoah, apparently that puts Cole up there with the most notorious cheaters in the sport’s history.

That wasn’t the only shot he took at Cole, either. Earlier in the interview, he discussed an August Yankees-Blue Jays incident, in which Cole left the dugout and shouted at him after he hit star outfielder Aaron Judge with a pitch.

“He kinda left his bench, and I didn’t even notice that he had left his bench because I was talking to the guy that I hit,” Manoah said. “I was like, ‘Hey, you know I’m not trying to hit you right here.’ Why is this guy coming out onto the field? So after the game, I said, ‘If he wants to leave his bench, he can come all the way nex time. We’ll see what happens.’”

Evidently, Manoah has been hearing from Yankees fans since the clip started going viral on social media. Based on his recent Twitter activity, he seems to be enjoying the heat.

For more Toronto Blue Jays coverage, go to Inside The Blue Jays.