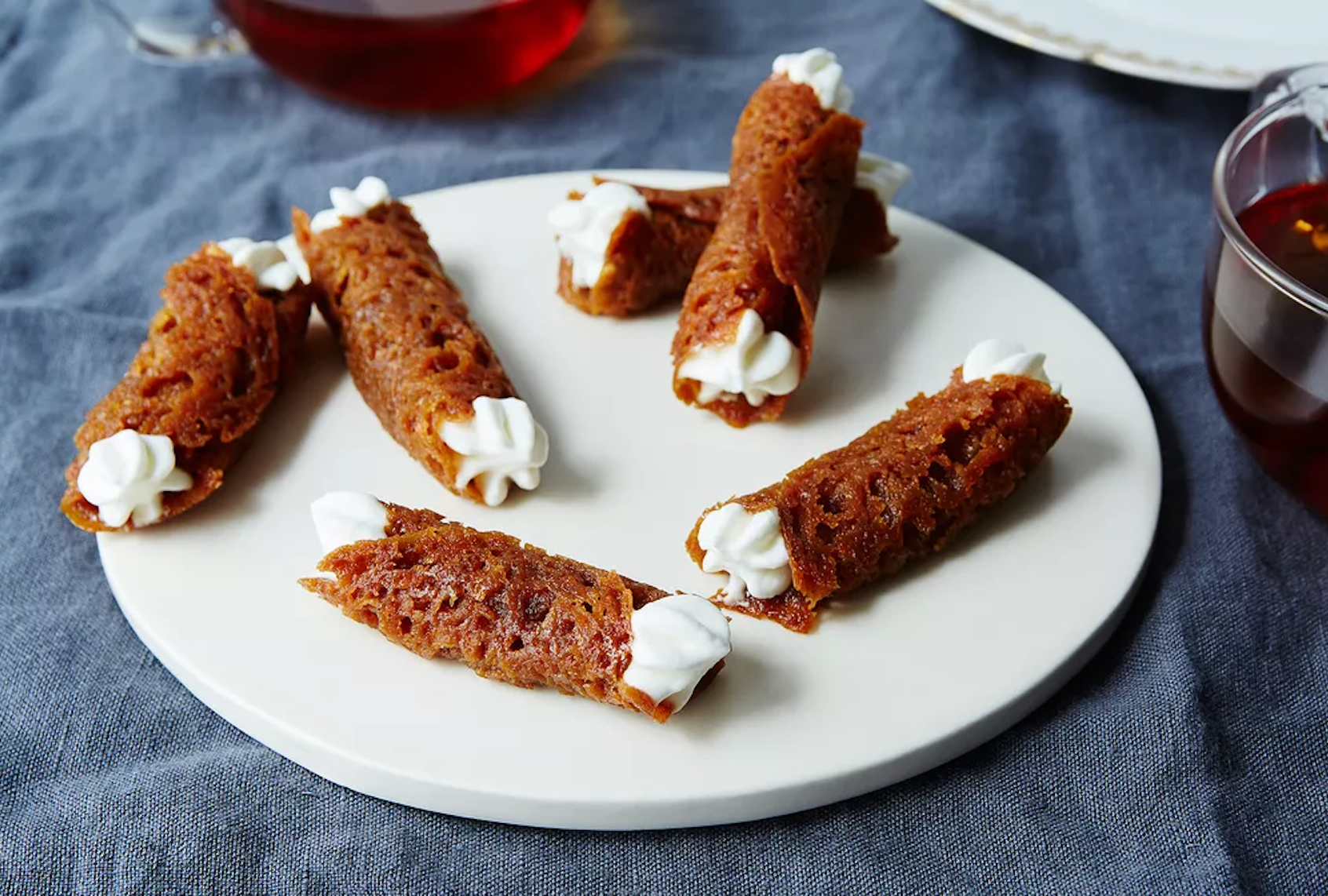 The signature challenge dared contestants to come up with a creative twist on the classic, crunchy cookie

This story first appeared on Food52, an online community that gives you everything you need for a happier kitchen and home – that means tested recipes, a shop full of beautiful products, a cooking hotline, and everything in between!

The second episode of the 12th season of “The Great British Bake Off” premiered on Sept. 28, and once again, there were some sweet recipes. Most notably were Brandy Snaps, which were introduced as part of the show’s signature challenge. They sound delicious, right? Are they just gingersnaps made with brandy and filled with cream? Yes and no. Ahead, find out how to make a traditional batch of Brandy Snaps, plus how to make them your own.

What are Brandy Snaps?

These thin, rolled cookies only call for a few ingredients but they’re quite fragile to make, which is why they’re the perfect recipe to introduce in a competition baking show like “GBBO,” especially during “Biscuit Week.” In this week’s challenge, bakers could form the cookies in any shape they pleased but they had to be coated, dipped, or filled, a signature feature of Brandy Snaps. They also must look identical, another signature feature of these British cookies.

According to Prue Leith, “It’s not a Brandy Snap if it doesn’t snap.” Seems simple enough, but the problem is that any cream filling or coating contributes moisture, which could cause an otherwise crunchy cookie to turn soft, soggy, and sad quite quickly.

A traditional Brandy Snap is made with butter, granulated brown sugar, dark molasses or corn syrup, a blend of warming spices (think: ground ginger and cinnamon), flour, and of course, brandy. The wet ingredients are combined in a saucepan and heated to form a caramel sauce; the caramel is then mixed with flour and brandy and formed into a dough. Once the dough has chilled thoroughly in the fridge, individual balls are formed and baked; as they bake, they spread out into paper-thin discs, which are later rolled into hollow logs and filled with whipped cream. Add a splash of brandy to the cream for even more sweet, spiced notes.

During this week’s episode, bakers took the liberty of developing their own recipe for Brandy Snaps. Contestant Lizzie filled hers with crème diplomat, a nearly indestructible pastry cream, and apples caramelized in Calvados brandy. Contestant Crystelle shaped her Brandy Snaps into an open shell and filled each one with apple cider vinegar-soaked apples and piled a crumble topping with vanilla chantilly cream on each biscuit. Other bakers formed a traditional cigar-shaped snap and filled them with varied cream fillings: blackcurrant and crème de cassis, orange blossom and pistachio, and coffee.