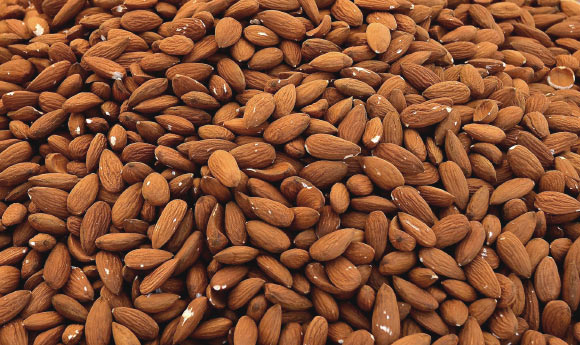 A snack of 30-50 grams of almonds could help people cut back on the number of calories they consume each day, according to a new study led by University of South Australia scientists.

The high prevalence of overweight and obesity is a major public health concern.

Obesity is characterized by an excess of body fat that impairs both physical and psychosocial health and well-being.

Understanding the role of specific food items and their impact on energy intake may assist in promoting weight reduction and weight loss maintenance for people with obesity.

Epidemiological studies have provided evidence that regular consumption of nuts may reduce the risk of obesity.

Although nuts are energy-dense, incorporating them into the diet has not been shown to increase body weight.

A recent meta-analysis reported no increase in body weight with diets that included nuts compared to nut-free diets, but did report reductions in waist circumference with consumption of almonds.

In another recent meta-analysis, a higher intake of nuts was associated with reductions in body weight and body fat.

In the new study, University of South Australia researcher Sharayah Carter and colleagues aimed to compare the effects of eating almonds or a carbohydrate-based snack on appetite-regulating hormones, self-reported appetite ratings, and short-term energy intake.

They hypothesized that almonds would have favorable effects on appetite-regulating hormones and self-reported appetite ratings, reducing subsequent energy intake compared to the carbohydrate-based snack, and thus providing insight into the association of nut consumption with a reduced risk of obesity.

“Rates of overweight and obesity are a major public health concern and modulating appetite through better hormonal response may be key to promoting weight management,” Dr. Carter explained.

“Our research examined the hormones that regulate appetite, and how nuts — specifically almonds — might contribute to appetite control.”

The researchers found that people who consumed almonds — as opposed to an energy-equivalent carbohydrate snack — lowered their energy intake by 300 kilojoules (most of which came from junk food) at the subsequent meal.

“We found that people who ate almonds experienced changes in their appetite-regulating hormones, and that these may have contributed to reduced food intake (by 300 kilojoules),” Dr. Carter said.

“Almonds are high in protein, fiber, and unsaturated fatty acids, which may contribute to their satiating properties and help explain why fewer kilojoules were consumed,” Dr. Carter said.

The findings show that eating almonds produce small changes to people’s energy intake. This may have clinical effects in the long term.

“Even small, positive lifestyle changes can have an impact over a longer period. When we’re making small, sustainable changes, we’re more likely to be improving our overall health in the long run,” Dr. Carter said.

“Almonds are a fantastic healthy snack to incorporate into the daily diet. We are now excited to look at how almonds might affect appetite during a weight loss diet and how they might assist with weight management in the long term.”

A paper describing the findings was published in the European Journal of Nutrition.