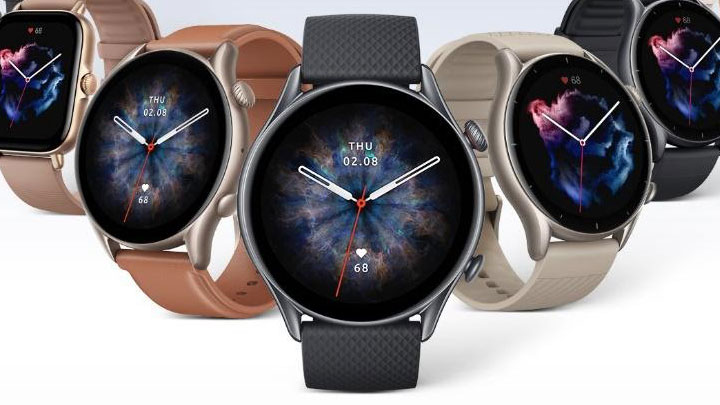 Amazfit GTS 3, GTR3, and GTR 3 Pro smartwatches were launched globally a couple of days back. Now, the company has confirmed the same smartwatches will be launched in India soon.

The Amazfit GTS 3 and GTR 3 are the successors to the Amazfit GTS 2, GTR 2 from last year while the GTR 3 Pro is the first Pro variant in the series. While the smartwatches seem to be the successor on paper, the company has taken away some features that were present on the second-gen models such as Wi-Fi, speaker, and internal storage 一 these features are now exclusive for Pro models.

The Amazfit GTR 3 Pro comes with a 1.45-inch circular AMOLED screen with a digital crown and a button on the side. The wearable is made up of an aluminium body which adds a premium look. The watch comes with a 450mAh battery which is said to last up to 12 days. You also get Wi-Fi, a speaker, Bluetooth calls, and 2.3GB internal storage.

It sports a 1.39-inch circular AMOLED display and weighs 32grams. On a single charge, the GTR 3 is rated to last up to 21 days with a 450mAh battery.  Health-related features include BioTracker 3.0 PPG biometric sensor to measure heart rate, 150+ sports mode, built-in GPS, sleep tracking, and more.

Amazfit GTS 3 is similar to the GTR 3, but there are few changes. Firstly, the display is a 1.75-inch square AMOLED and the battery life also drops down to 12 days paired with a 250mAh battery. It weighs just 24.4 grams.

We should hear more details about these watches in the coming days from the company.

Srivatsa is a prolific writer who spearheads the core writing team on tech news, buying guides, reviews, and all gadget articles. He is passionate about technology.