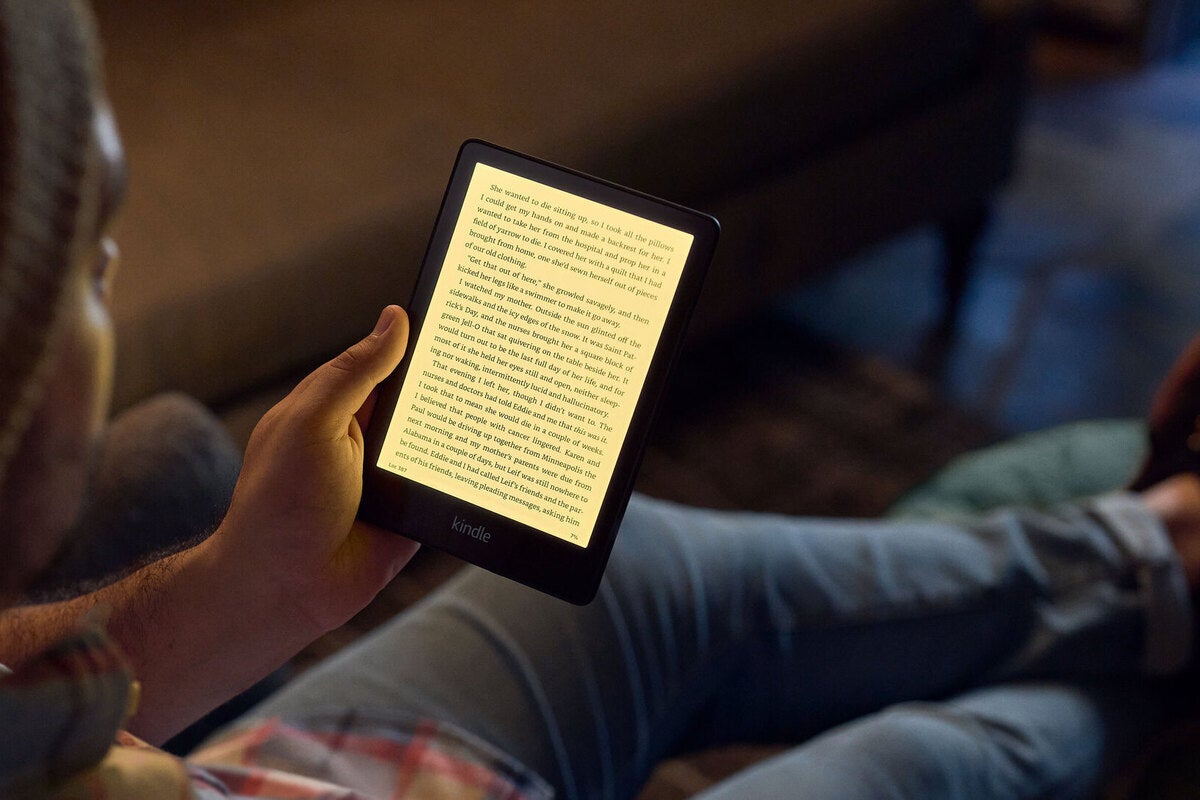 Official news came much sooner than expected. On Tuesday, just a day after leaks surfaced on the company’s Canadian and Mexican sites about models with a bigger screen and dramatically more LEDs, Amazon confirmed the launch of three new Kindle Paperwhites. In addition to a successor for the existing Paperwhite—which was already the best Kindle you can buy—two fresh variants have gone up for pre-order: the Kindle Paperwhite Signature Edition and the Kindle Paperwhite Kids.

A larger screen is the biggest and most notable upgrade on Amazon’s latest e-readers. While these keep the same flush-front design and 300ppi resolution as the current fourth-generation Paperwhite, the display has grown from 6-inches to a roomier 6.8-inches and sports a narrower bezel. It also comes with a new ability to shift the color temperature of the screen’s backlight from white to a warmer amber tone, with the swankier Signature Edition featuring an auto-adjusting light sensor.

The screen isn’t the only bit of hardware that got an upgrade—Amazon says that other revamps should mean 20 percent faster page turns. Battery life jumps to up to 10 weeks on a single charge too, compared to the last generation’s maximum of 6 weeks. And in a possible answer to internet criticism, charging is at last done over USB-C. When used with a 9W or more powerful adapter, each of these new Paperwhites can be fully charged in 2.5 hours. The Signature Edition supports wireless charging as well and is compatible with any Qi wireless charger.

Paired with the hardware updates is the redesigned Kindle user interface announced by Amazon earlier in September. The feature changes, which the company says will roll out through the end of the year, include promises of easier navigation between the home screen, library, and current read; improved sorting within your library; and simplified setup via the Kindle app on iOS and Android if you pair the Kindle with your phone.

The Kindle Paperwhite costs $140 for the 8GB fifth-generation standard edition, $190 for the first-generation 32GB Signature Edition, and $160 for the ad-free Kids Edition. The Kids Edition includes a “kid-friendly” cover, one-year membership to Amazon Kids+, and two year limited warranty, while the Paperwhite and Paperwhite Signature Edition include a complimentary four-month access to Amazon’s Kindle Unlimited library. Pre-orders begin today, with shipping starting on October 27.

Not sure if the new Kindle Paperwhite is the right e-reader for you? Our round-up of the best Kindle models can help you decide, as can our coverage of the top competition in the form of EPUB-friendly readers like the Kobo Clara.