American Airlines expects to book a pretax profit for Q2 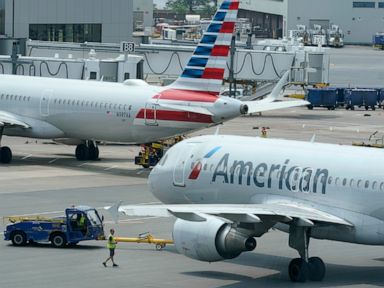 American Airlines says it will earn a pretax profit for the second quarter, and its stock is soaring

FORT WORTH, Texas — Shares of American Airlines soared 10% Tuesday after the carrier said that it expects to post a pretax profit for the second quarter, as vacationers pack planes during the summer peak season.

The airline said it will earn $585 million in pretax income for the May-June quarter.

American reiterated that revenue will be about 12% higher than in the same quarter of 2019. Savanthi Syth, an analyst for Raymond James, said that was a notable achievement in the face of “industry operational issues,” a reference to frequent flight delays and cancellations this summer.

Airlines are booking higher revenue as travel rebounds more quickly than expected from the worst of the pandemic, but they also face rising fuel costs. American said it paid between $4.00 and $4.05 per gallon in the quarter, eight cents per gallon more than it had expected.

American, based in Fort Worth, Texas, is scheduled to report second-quarter results on July 21.