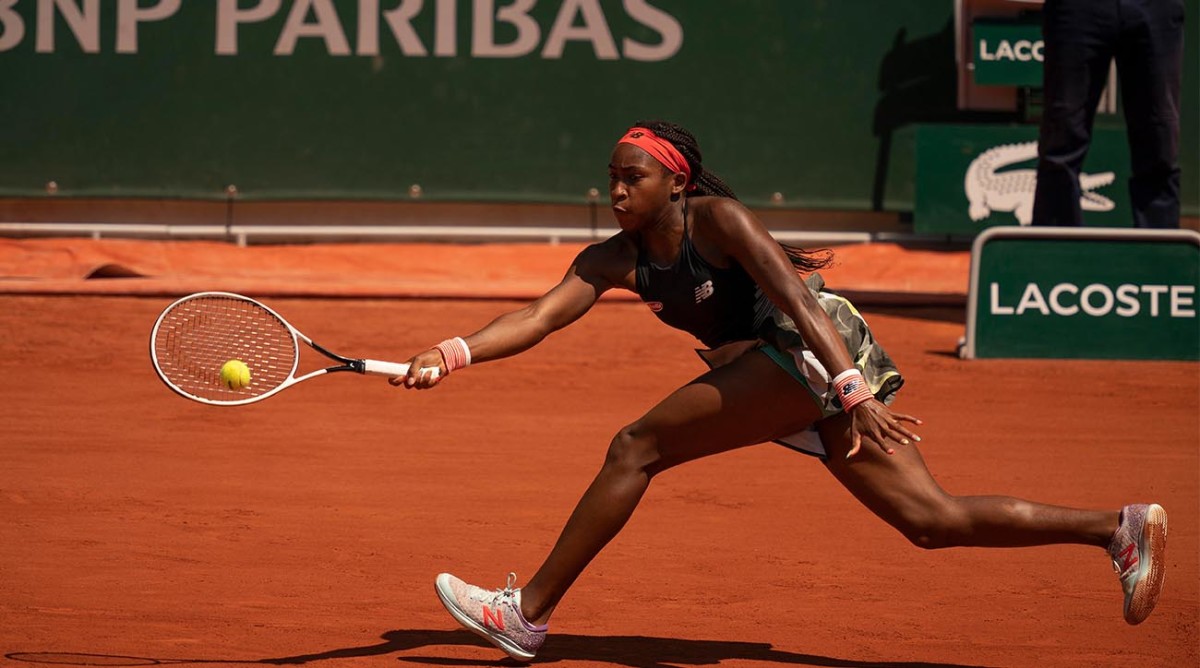 PARIS — Unseeded Barbora Krejcikova reached her first Grand Slam semifinal by coming back from an early deficit and beating 17-year-old Coco Gauff 7-6 (6), 6-3 at the French Open on Wednesday.

Gauff led 3-0 at the outset, then 5-3, and held a total of five set points in the opener, but failed to convert any.

Krejcikova took advantage, grabbing that set by taking the last four points of the tiebreaker. She then reeled off 15 consecutive points during one stretch en route to a 5-0 edge in the second set.

Closing out the most important victory of her singles career was not easy, though: Krejcikova needed six match points to do it, raising her arms overhead when she finally won when Gauff sent a forehand wide.

Krejcikova is a 25-year-old from the Czech Republic who has won two Grand Slam doubles titles but is playing in only her fifth major tournament in singles and only once before made it as far as the fourth round. She is currently ranked a career-high 33rd and on a 10-match winning streak in singles.

She ended the nine-match run of the 24th-seeded Gauff, who is based in Florida and was the youngest French Open quarterfinalist since 2006. Gauff’s 41 unforced errors included seven double-faults — and after one, she mangled her racket frame by whacking it three times against the ground.

On Thursday, Krejcikova will face either defending champion Iga Swiatek of Poland or No. 17 seed Maria Sakkari of Greece, who were scheduled to play in the last women’s quarterfinal match. The other semifinal is No. 31 Anastasia Pavlyuchenkova of Russia against unseeded Tamara Zidansek of Slovenia.

Gauff vs. Krejickova began in the late morning with the temperature in the low 70s Fahrenheit (low 20s Celsius), a blue sky and no wind.

After the number of fans in the 15,000-seat main stadium was capped at 1,000 for each of the first 10 days of the tournament because of COVID-19 restrictions, that limit was raised to 5,000 on Wednesday. And those in attendance were loudly pulling for Gauff, who burst onto the scene at Wimbledon two years ago by reaching the fourth round.

And Gauff treated those supporters to a terrific start, taking that 3-0 lead after a dozen minutes, thanks in part to winning the first three points that lasted at least 10 strokes and two of Krejcikova’s eight double-faults.

The contrast was striking when Krejcikova broke back on her way to pulling even at 3-all, when only a smattering of polite applause was heard.

Gauff served for the opening set at 5-3 and was a point from taking it but pushed a backhand long. That was followed by a double-fault and a netted backhand, allowing Krejcikova to break.

Gauff had another two set points while up 6-5 and returning, but on the first she missed a backhand, and on the second, Krejcikova produced a backhand winner.

Another two chances for Gauff to grab that set arrived in the tiebreaker when the American led 6-4. Again, Krejcikova was up to the task, erasing both by whipping a pair of cross-court forehand winners, then using another winner off that wing to take that set.