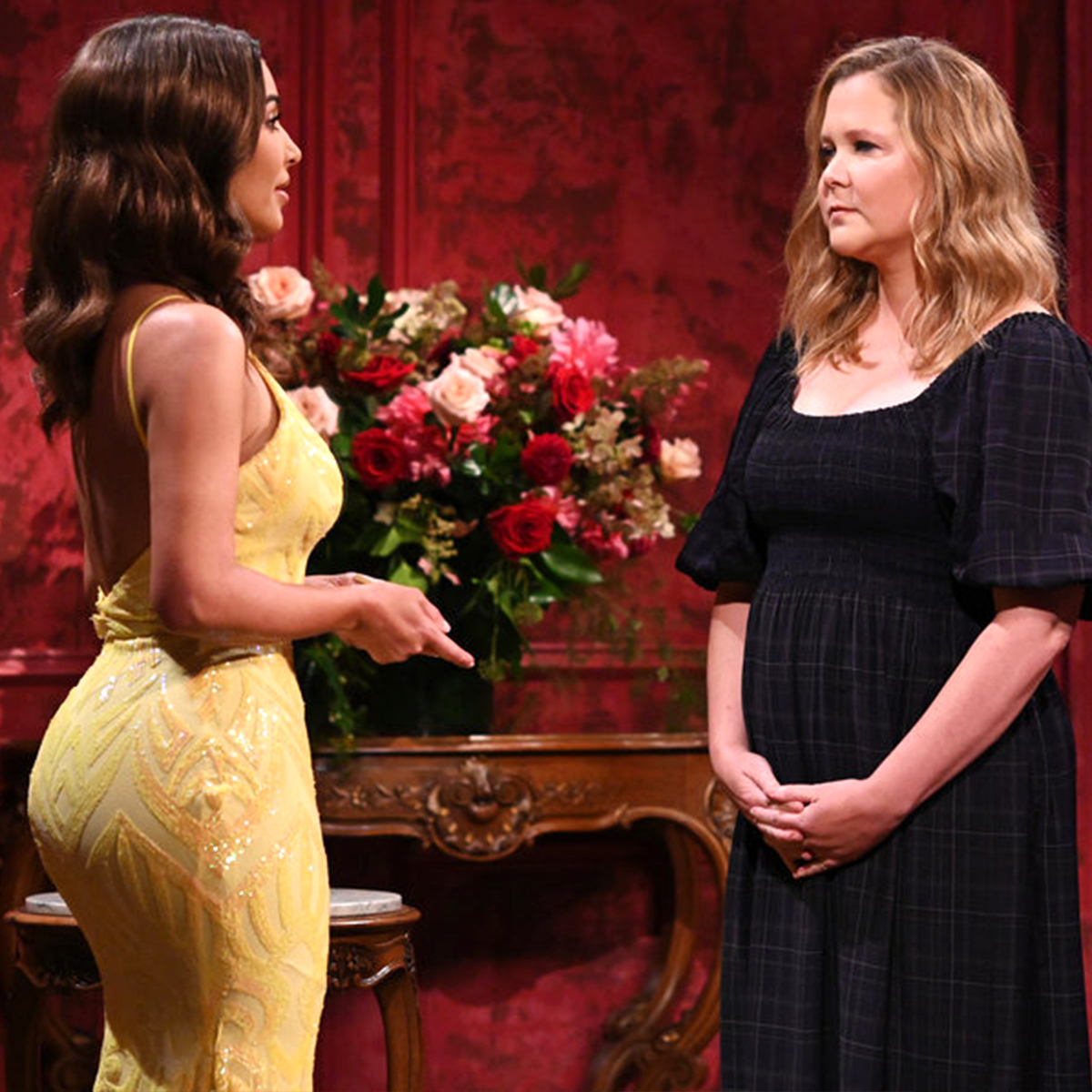 To “Chris R.,” Kim said, “Thank you for making me watch all your nine HBO specials and the new one on Netflix while you sat next to me and you mouthed all of the words.”

“We could watch [Dave] Chappelle next time,” he said.

Kim, who was married to former NBA player Kris Humphries for 72 days in 2013, also told “Blake G.” that while his “behavior at the luau barbecue was inexcusable,” he’s “also a six-time NBA all-star” and that “intrigues” her.

But the biggest surprise occurred when Kim’s character announced she “really connected” with one of the fictional show’s producers. Amy Schumer then came out.

“Amy S,” Kim said, “even though I’ve never dated a woman before, I just feel like there’s something, you know-“

Amy then cut her off, put her hands on the reality star’s face and said, “I feel the same” before announcing her acceptance of her “token” of love in a rather eyebrow-raising way.

When two suitors were left standing, Kim said she’s “just going to follow my heart,” leaving one of them in quite a hot spot.

The sketch was one of the most watched ones from the episode, which also featured cameos from Kim’s sister Khloe Kardashian and mom Kris Jenner and saw the host poking fun at them, as well as her ex Kanye West, Kourtney Kardashian and other people in her life, past and present.

Halsey was the musical guest and performed the songs “I am Not a Woman, I’m a God” and “Darling,” the latter of which also featured Lindsey Buckingham.