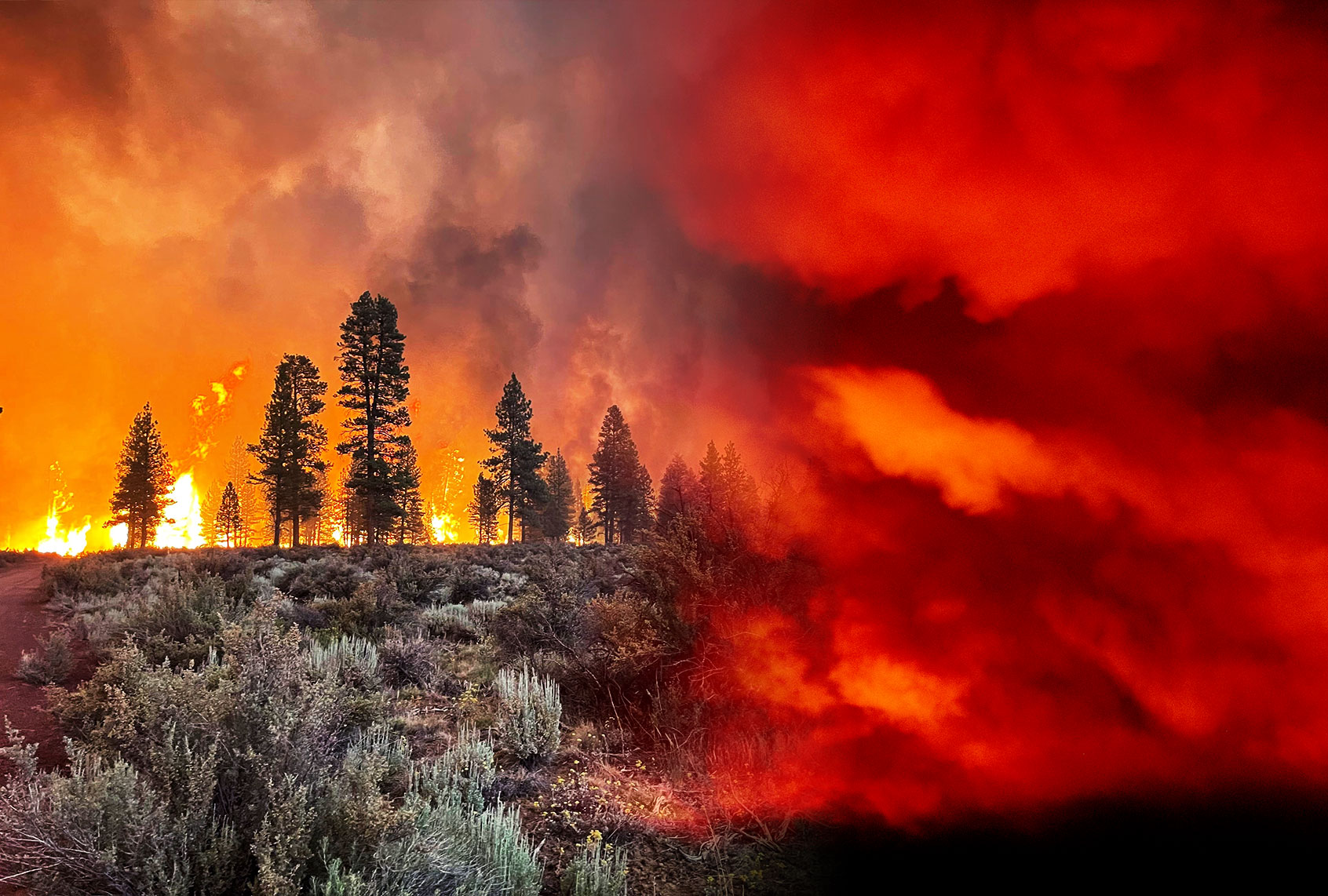 Southern Oregon is currently being consumed by a conflagration known as the Bootleg Fire. It has already devoured more than 606 square miles at the time of this writing (an area larger than the city of Los Angeles) and has only been 30 percent contained. The behemoth blaze is accelerating its growth, and has been growing by 80 square miles per day or more.

It is also doing something that makes it much more difficult to manage: creating its own weather.

“The fire is so large and generating so much energy and extreme heat that it’s changing the weather,” Marcus Kauffman, a spokesman for the state forestry department, told The New York Times. “Normally the weather predicts what the fire will do. In this case, the fire is predicting what the weather will do.”

What exactly is the Bootleg Fire doing?

For one thing, the wildfire is creating pyrocumulus clouds. These are dense clouds that form in a cumuliform manner (meaning they develop vertically) and are associated with volcanic eruptions or fires. When the extreme heat from a wildfire’s flames cause the air to rise rapidly, the moisture on smoke particles produced by the fire condense and cool. This process ultimately causes the clouds to produce high winds and even lightning, in a sense becoming their own thunderstorms. USA Today described the tops of the clouds as looking like anvils. This is not only because of their shape but their color: they tend to be dark and gray because of the ash and other fire-related particles contained within them.

There is a feedback loop that can come into play here, as these tall clouds generated by the fire can then stoke the fire more, as history attests. The Tennant Fire in California, which began this month and is now fully contained, produced fire clouds so massive (also known as pyrocumulonimbus clouds) that strong winds caused them to rotate, producing a tornado (or fire whirl). Such clouds are also capable of shooting matter from the wildfire as high up as 10 miles above the Earth’s surface. NASA refers to these as the “fire-breathing dragon of clouds” because of their dangerous and literally fiery properties.

If this wildfire seems scary, expect more similar ones in the future. Experts agree that extreme wildfires are going to become more common as climate change worsens. As the Earth’s temperature warms, forests face an increased fire threat from what are known as fine fuels — meaning dead tree matter and other organic detritus that has a high surface-area-to-volume ratio and dries quickly. When these fine fuels are left in unusually parched and hot conditions, they are more susceptible than usual to combusting. As Professor Francis E. Putz, a botanist at the University of Florida, told Salon previously, approaches to this problem that do not address climate change (including former president Donald Trump’s infamous suggestion that we rake the forests) will not be effective.

“If we do not address the climate change issue, no amount of forest management is going to avoid this sort of situation in the future — and note that the rate of change has increased, not decreased or stabilized,” Putz explained.

This is not the only future extreme weather event that can be linked to climate change. Large areas of the planet are expected to become too hot and/or too dry to live in; there will be more thunderstorms, hurricanes, and droughts; and sea levels will rise, displacing millions of people who live along coasts.