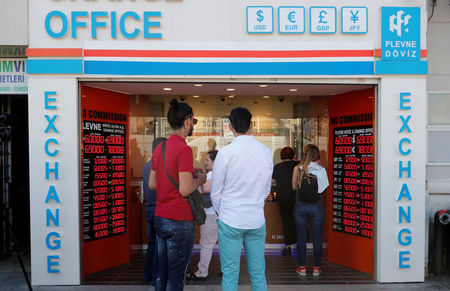 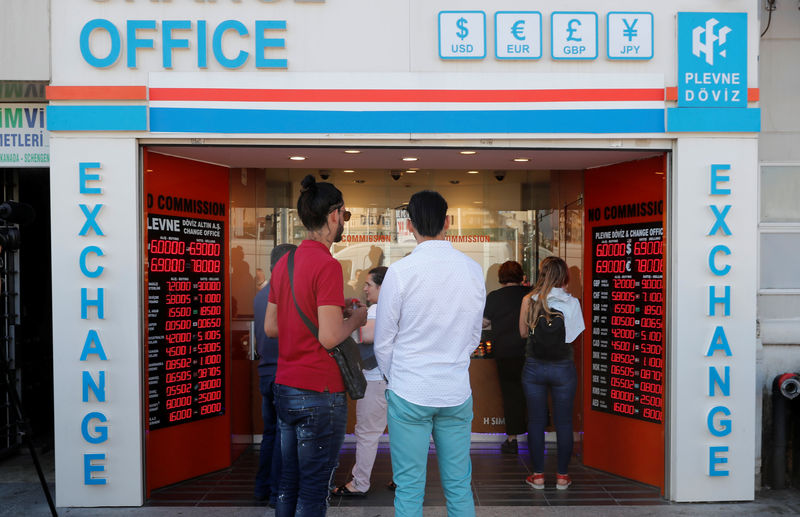 
By Canan Sevgili and Berna Suleymanoglu

ISTANBUL (Reuters) – Turkey’s tourism sector faces another lost season after a rapid coronavirus rise wiped out many early foreign bookings and prompted Russia, its top source of visitors, to halt flights and warn against travel this summer.

In a last-ditch move to cut infections and save the season, President Tayyip Erdogan last week imposed a lockdown through mid-May in part, he said, so that European countries did not leave Turkey behind as they re-open beaches, restaurants and travel.

The tourism minister told Reuters that 30 million foreigners could arrive this year, twice as many as last, if the lockdown succeeds in lowering daily COVID-19 cases to below 5,000 from near 30,000 in recent days.

But travel agents, associations and hotels said they fear this year will be little better than last after the virus wave briefly ranked Turkey second globally in new cases just as the season kicked off, before it dropped back to fourth.

Some Turkish and Russian agents see a difficult few months until August, when they say the Mediterranean and Aegean hot spots and historic sites in Istanbul and elsewhere could fill up again. Much will depend on last-minute bookings, they said.

“The lockdown decision will probably not be able to save the season” because it was taken too late, said Cem Polatoglu, general manager at Istanbul-based Andiamo Tour.

Even if the lockdown cuts daily coronavirus cases to below 5,000 by the end of May, as the government hopes, he said it takes time for countries to remove travel warnings “which means probably losing July too”.

Ankara said Moscow’s decision to halt most flights until June 1 blocked 500,000 tourists, compared to a total of 2.1 million Russians who came last year and some 6 million before the pandemic.

The flight ban could be extended. Deputy Prime Minister Tatiana Golikova said last week Russian operators should not sell tours even after June 1 until authorities decide.

Yana Starostina, manager at Travelland agency in Moscow, said clients still want to go to Turkey but added she expects it won’t be possible until August.

Turkey’s foreign and health ministers are set to visit Moscow on May 12 to discuss travel.

Mediterranean tourist hubs are trying to lock in bookings despite a shifting map of travel warnings, local restrictions and vaccine rollouts.

Last week neighbouring Greece lifted quarantine restrictions on more virus-free visitors, while Turkey will ditch virus test requirements for travelers from Britain, China, Ukraine and some others by mid-May.

Tourism accounts for some 12% of Turkey’s economy and was the hardest hit sector last year, even though virus-related curbs had been lifted by June.

Turkey’s current account deficit ballooned to $37 billion last year when tourists brought in only $12 billion, down from a record $35 billion in 2019.

Though arrivals were down 54% year-on-year in the first quarter, Tourism and Culture Minister Mehmet Ersoy said a sharp drop in coronavirus infections since April 21 was a hopeful sign that “drastic” lockdown measures were working.

“As of June 1, we will open the tourist season and if we can reduce the number of daily cases below 5,000, we maintain our target of 30 million tourists this year,” he told Reuters.

That sounds optimistic to others.

Polatoglu of Andiamo Tour expects only 6 million arrivals this year and said roughly half of Turkey’s 12,000 tour agents are already closed, many unable to repay government loans meant to ease pandemic fallout.

Bora Kok, sales manager at Bora Bora Boutique Hotel in Antalya on the Mediterranean, where tourism season usually starts in April, said the lockdown was overdue but welcome.

“If Russian tourists do not come, there will be serious bankruptcies and potential layoffs,” he said.

Erdogan’s government hopes the lockdown, a drive that has so far vaccinated 16% of the population, and a safe hotel certification program will propel last-minute bookings.

Aegean-based Peninsula Tours has had no more than 20 early reservations per day through March and April in its Dalaman region, compared to about 300 last year, said regional manager Ali Kirli. “Early booking has almost come to a halt.”

Turkish Hoteliers Federation Chairman Sururi Corabatir told Reuters: “We had hopes for 2021. But unfortunately the case numbers have not been at the desired levels.”

Most pandemic-era capacity restrictions to end in tri-state area May 19 -NY governor Cuomo
By Reuters – May 03, 2021
1


(Reuters) – Most coronavirus capacity restrictions on activities including retail stores, food services and gyms will end on May 19 in the tri-state area of New York, New Jersey…

NEW YORK (Reuters) – Leasing of commercial office space in New York City’s Manhattan borough dropped 46.4% in April from the previous month, as some businesses folded due to the…

By David Shepardson WASHINGTON (Reuters) – A coalition of U.S. and European travel, airline, union, business and airport groups on Monday called for fully reopening the U.S.-UK…